A look at the Creative Circle 2015 winners 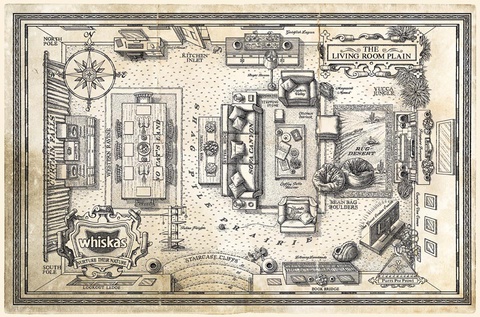 This week, the Creative Circle Awards took place at London’s Roundhouse, a former railway engine shed in Chalk Farm, originally built in 1846 and converted into a performing arts and concert venue in 1966.

Creative Circle is open to all those involved in advertising and communication in the UK and judged by the UK’s best creatives, thus distinguishing themselves from D&AD who have for a while now gone international. The awards are still a purely British affair, although there are plans in the air of opening them up to international submissions as well. If they decide to do so, there will have to be some rethinking to be done in terms of how they market themselves and by whom the work submitted will be judged.

Check out this commercial they came out with earlier this year, featuring a fictitious Norwegian creative named Cosmo Bellenz – his job title “Chief Ideationist” – who is introduced as a TV & film judge at some bogus global ad awards scheme. He sprouts pretentious stuff about what’s hot in advertising right now. The spot ends with a super: “… or enter a show judged by people you’ve actually heard of.” The whole affair is, mildly, amusing but certainly feeds into a kind of solipsistic attitude that the British ad industry often gets accused of. That surely will have to go should Creative Circle attempt to attract foreign submissions.

At any rate, I had the great pleasure to be there as a silent observer for a few hours at the judging, held in Soho, the day it was determined who should be awarded Gold and Silver in the Film category. The room was filled with an illustrious group, the crème de la crème of London’s creative talent.

There was, just to name a few (and with apologies to those I failed to list): Gary Robinson, joint ECD, FCB Inferno; Adrian Rossi, ECD at AMV BBDO; Elspeth Lynn (until recently ECD at M&C Saatchi); Mick Mahoney, ECD at RKY&R; Iain Tait, ECD at Wieden + Kennedy; Adam Scholes, Creative Director of J. Walter Thompson; Gerry Human, ECD of Ogilvy; and Nils Leonard, Chairman and ECD of Grey London. Except for Nils, who I had recently met to interview for the upcoming Vol. 2/2015 of Archive, I had never met any of them but was of course very much familiar with their work which frequently features in the pages of our magazine.

What we saw that morning, elegantly moderated by Jeremy Kemp of Creative Circle, was the work shortlisted in the Film category. Unsurprisingly, I had seen 90% of that before – and so have you if you have explored the recent pages of Archive.

The discussion I witnessed was lively, yet very civilised.  One commercial that seemed, to unite everyone in admiration and praise (Mick Mahoney: “Totally great from start to finish. The best thing on TV right now.”) was Moneysupermarket.com’s “Epic Strut” from Mother and directed by Fredrik Bond (a former Archive Spot of the Week), which of course won Gold.

Also a Gold winner was Ikea’s “Bed” commercial by the same agency and directed by Juan Cabral (also a bearer of our Spot of the Week accolade) in which a woman tumbles from bed to bed in the air, to the recital from The Tempest that includes the famous line “We are such stuff/As dreams are made on, and our little life/Is rounded with a sleep.” Lucky Brits - who needs a copywriter if you can fall back on Shakespeare?

Silver in Film went to Wieden + Kennedy’s Lurpak “Cook’s Range,” FCB Inferno’s “This Girl Can” for Sport England, and Sainsbury’s Christmas offering “1914” by AMV BBDO. This latter commercial I’ve had problems with ever since I first saw it. It’s faultlessly executed, with great cinematography and direction by Ringan Ledwidge, and it deservedly won several Golds in the Creative Circle’s Film Craft categories.

But to me the story about a truce between British and German soldiers in No Man's Land at Christmas 1914 is perhaps too serious and loaded a subject to be made use of in a commercial peddling a chain of supermarkets and which ends on the banality of “Christmas is for sharing.” I was gratified to hear Nils Leonard voice a similar criticism during the discussion (Iain Tait: “this film is hard to judge from our ‘jaded’ perspective”), saying that this end-line came in just “too glib.”

As for the Print and Press Craft awarded Gold or Silver, there was familiar work. A long copy ad for supermarket chain Lidl from TBWA took Gold in the Press category. The “Fat Cats” from the Sunday Times Rich List (Grey London), Ataxia (TBWA), Whiskas (AMV BBDO) and Morrisons (DLKW, Lowe) took home gold and silver trophies in various categories and sub-categories. All of these - with the exception of Lidl - have been featured in the magazine. 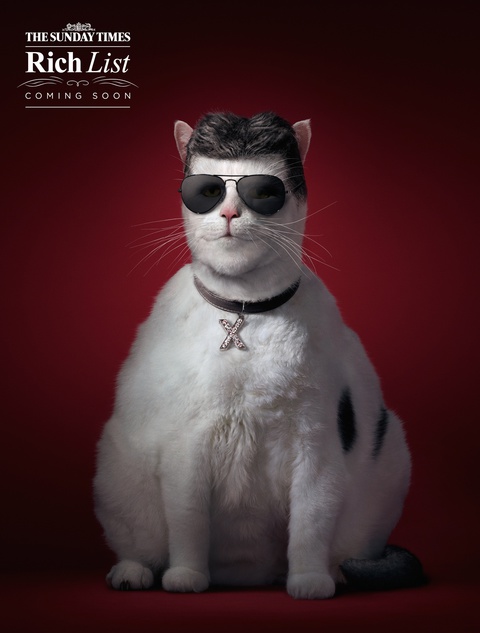 The Gold of Golds – the award show’s Grand Prix I suppose – went to Honda “The Other Side” by W + K, which is a campaign that ran as press, film and digital. The digital component included an interactive film that allowed the viewer to switch between parallel storylines at the hit of a key.

It will be interesting to see how Cannes will treat this year’s crop from the UK – for that is surely what was on show at the Creative Circle awards. For me, among the films there were definitely a few contenders for Gold Lions if not the Grand Prix.