A LOOK BACK AT ADS FEATURING NUNS AND PRIESTS

Since it’s Easter and there's a new Pope in Rome, Michael Weinzettl thought it might be amusing to look at the way the clerical milieu, in particular nuns and priests, has been depicted in ads over the years.

While priests are usually shown as serious, benevolent figures of authority, they can also appear to be quite playful as, for instance, in the beautiful Jonathan Glazer-directed Stella Artois commercial by Lowe, London (2005).

In the film, a whole seminary of them is seen cavorting on a frozen lake to a soundtrack on which a piano hammers out Liszt’s Hungarian Dance No. 2.

Nuns, on the other hand, play a somewhat different role. Either they are used to up the cute factor - not unlike pandas or fluffy rabbits - or there is something intentionally subversive about featuring them in ads and using them to sell products. 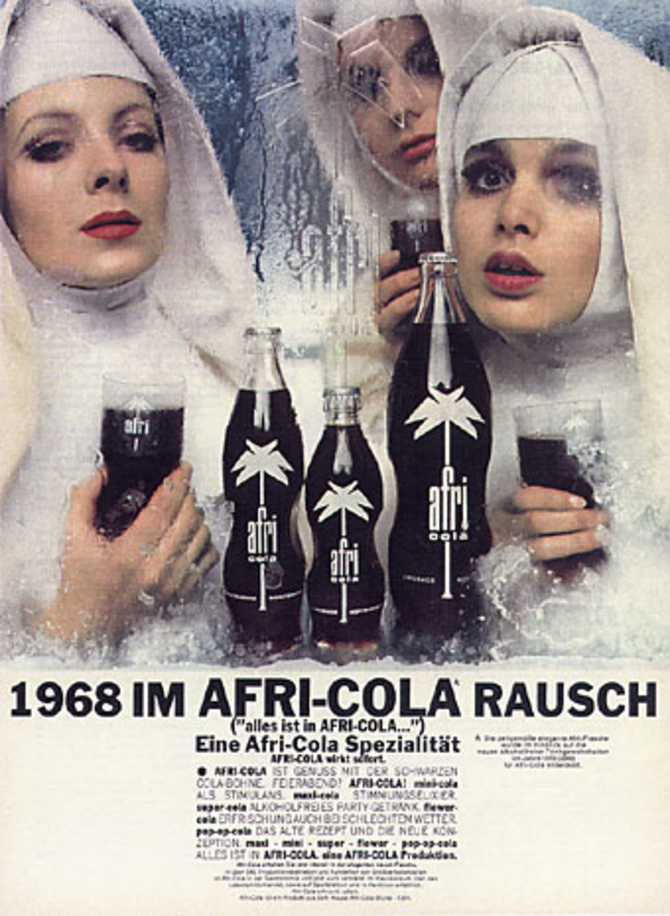 A famous example of the latter is a 1968 campaign by the German artist and ad maverick Charles Wilp. It was for Afri-Cola, West Germany’s answer to Coke, and tuned into the generation’s fascination with the hippie, sex and drugs lifestyle.

A few years before his death in 2005, Charles Wilp explained to me on the phone, that the models on the shoot included Marianne Faithful, Marsha Hunt and even - he claimed - a yet-unknown singer named Donna Summer.

I was never actually able to recognise any of these on the prints from the campaign, but the exceedingly eccentric Wilp, who in 1995 became the first artist to paint in an altitude of 40,000 feet on board a European Space Agency training machine for astronauts, did have somewhat of a penchant for tall tales.

Sexualised nuns were seen in advertising time and again after that, not least of it the famous Benetton “Kiss” ad by Olivero Toscani from the early 90s (which featured in Archive Vol. 4/1991).

The most recent example I’m aware of is the pregnant nun for ice cream company Antonio Federici from 2010. It was produced by their creative director, Matt O’Connor, who worked alongside Contrast Creative, Manchester and had the strapline “Immaculately conceived. Ice cream is our religion.”

The ad was promptly banned by the UK’s Advertising Standards Authority, probably not least because Pope Benedict XVI was visiting London at the time. The advertiser was planning to secure a series of billboards close to and along the planned route of his cavalcade around Westminster Cathedral and I suppose the Brits wanted to spare him the sight.

The agency followed this up with another poster, this time featuring two priests about to kiss. Again, the ASA stepped in, ruling it to be offensive for Catholics and banned it.

As for funny, lovable nuns, they have become a cliché in ads too, especially after the popular success of 1992 movie “Sister Act” (its musical adaptation is still playing on stages the world over). A commercial for Magic TV (Lürzer’s Archive Vol. 2/2002) made use of this singing nuns trope to great effect.

And it was of course nuns – novices to be exact – that won Barcelona agency Casadevall Pedreno & SPR a Grand Prix at Cannes in 1992, for Talens Rubber Cement - albeit followed by one of the first waves of scepticism as to whether there was a proper client behind the beautifully produced commercial winning top honours.

Perhaps my personal favourites among the ads set in an ecclesiastical context is the 1991 “Monsignore” commercial from for Sony with the strapline: “Music that’s heard and not seen”.

The spot features a housekeeper, in what could very well be Castel Gandolfo, who is left mortified when she is caught by the clerical entourage strutting to the strains of James Brown's Sex Machine. She panics whilst trying to locate the small hi-fi system that’s making the sinful, if not infernal, noise. 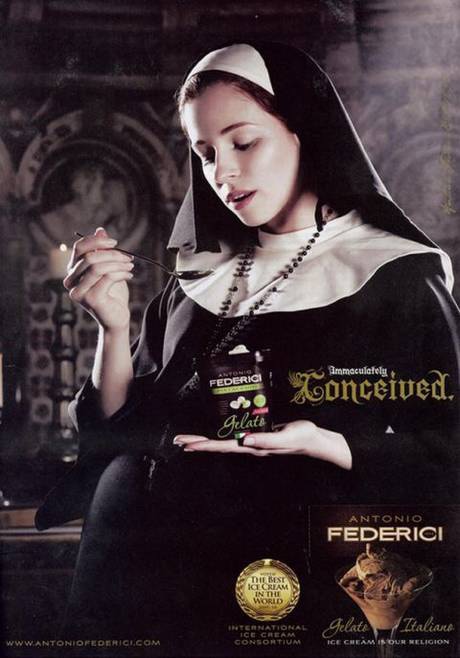 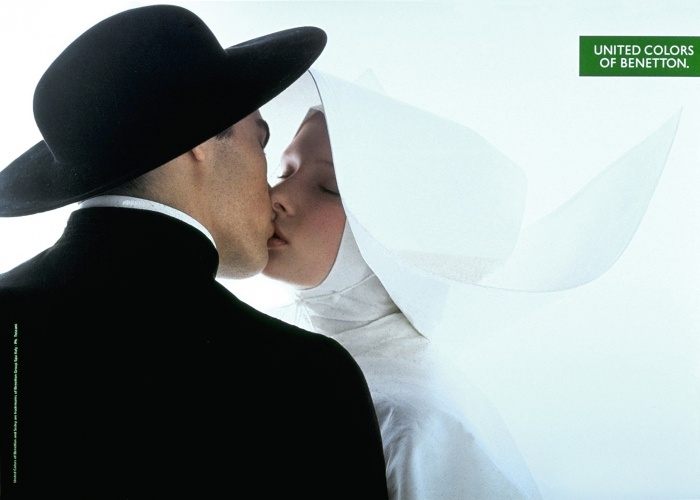