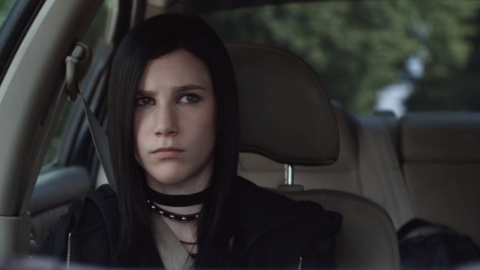 I was in Hamburg last weekend to check out the German work that got awarded at this year’s Art Directors Club für Deutschland. As always, I was mostly interested in print, outdoor and film. The winners were old news for me, as we already featured them in the latest issue of Archive.

The exhibition took place in a new location (for the ADC that is): the Millerntor-Stadion which is home to the FC St. Pauli, a much-beloved if not terribly successful football club. The second league club is a Hamburg institution and had tons of fans milling around outside the stadium on Saturday - even though there was no match taking place. It made it somewhat difficult for the “creative” types to find their way into the buildings.

The most successful campaign in terms of awards, turned out to be one which had just garnered a coveted White Pencil at D&AD last week: “Rechts gegen Rechts” (“Right against Right”) by GGH Lowe and Grabarz & Partner, Hamburg.

The client was EXIT, a charity for former neo-Nazis trying to quit the scene, and the campaign alone accounted for 12 Golden “Nägel” (“Nails”) of the total of 27 awarded this year.

The ingenious idea, which used all kinds of ad media, from posters to digital, was to trick Neo-Nazis marching through the small town of Wunsiedel in honour of the something they call “National Heroes' Remembrance Day” (Wunsiedel having been the original burial site of Rudolf Hess, Adolf Hitler’s Deputy from 1933 to 1941).

Instead of protesting against the demonstration, shop owners and residents in Wunsiedel pledged to donate 10-euro for each metre the neo-Nazis marched, thus turning the rally into a charity walk. The Neo-Nazis themselves had no idea until they began their walk, noticing along the route that villagers had set up motivational signs and showered them with confetti when they finished.

A sign explained to them they had just raised money against themselves as they crossed the finishing line.

The Grand Prix went, unanimously and in a single voting to the “Lichtgrenze” a light art installation for the City of Berlin to mark the Fall of the Berlin Wall’s 25th anniversary.  From the 7 - 9 November 2014, the 15.3km frontier that once divided the city centre was re-imagined in light by 8000 balloon lights all developed and produced by WHITEvoid. More than a million took part in the choreographed and televised balloon release event in the streets of Berlin on the last day of the installation.

As for print, there was nothing really new to me. Opel’s “Umparken im Kopf” campaign, which we featured in Vol. 1/2015 of Archive, came in third in terms of awarded nails.

Fourth was the campaign for the German edition of Rolling Stone magazine, which we’ve shown in the magazine in previous incarnations (Volumes 2/2013 and 2/2014) and doesn’t differ from these very much. 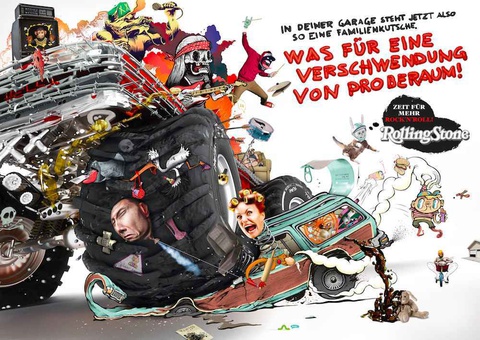 The print campaign for the Frankfurter Allgemeine Zeitung by Scholz & Friends was another continuation of a campaign that has been running for 20 years straight - with their long-standing claim: “There’s always a clever head behind it.”  The very first batch of ads from this campaign featured in Archive back in Vol. 3/1996. 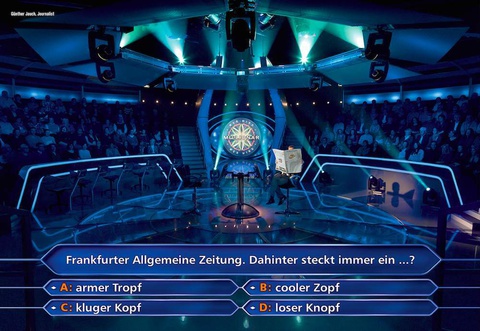 See all the winners here.