The Art Directors Club of Europe has recognised “Peace for Paris” illustrator Jean Jullien with a special award, the ADC*E Creative Distinction, which is a new award for creativity with a profound social and cultural impact. The award marks the first time ADC*E has awarded non-commercial work. 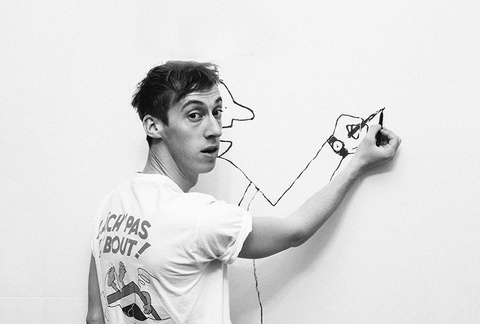 The French designer and illustrator was behind an iconic illustration in response to the Paris terror attacks. Initially an instinctive, emotional response to attacks, the illustration was shared on social media, and became a worldwide symbol of unity, solidarity and defiance.

“I express myself visually, so the first thing that came to my mind [when it happened] was to just draw something to communicate peace and solidarity towards Paris,” explained Jean Jullien upon receiving the award.

“I didn’t sketch, or research, or think about it. It was just the first thing that sprang to my mind. I was just posting as a person. Communicating as a person who was worried for the people I love and for everybody else. It certainly wasn’t driven by the idea of ‘putting myself out there. It was done on a humble level, but then it became something that got well out of my control.” 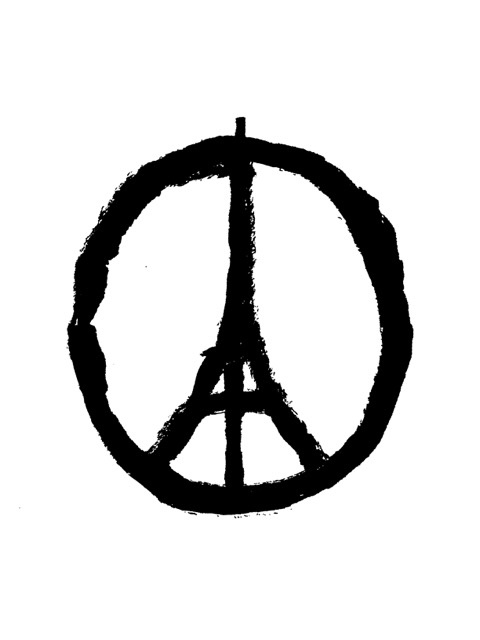 The ADC*E Creative Distinction is a special individual honor, created to recognise the most inspirational examples of creativity, which has had a significant societal impact.

It the brainchild of Michael Boebel, former CCO of Publicis Germany and member of the Art Directors Club of Germany, who worked with fellow board member HP Albrecht in developing the award.

“The ADC*E exists to promote, cultivate and celebrate the merits of creativity as a language of communication at the European level,” explains HP. “At its peak, the power of creativity is unmatched in its ability to move us, to make us feel and to bring us together.”

“In that search for inspiration, we wanted to create a special honor for creative work of genuine cultural significance, from any field. And what better example of this than Jean’s logo? 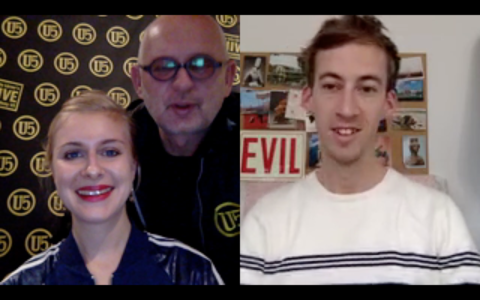 “From European creatives everywhere, this is our humble way of thanking Jean for inspiring, enlightening and energising us, by showing us the capacity of creativity to unite the world.”

While Jean finds it difficult to take happiness from the image itself – a visceral reaction to a terrible tragedy – he does find solace in how it has been adopted.

“I grew up studying things like May ’68, and the work of people like Alan Fletcher; designers who really truly used image as a language to communicate,” says Jean. “It’s one of the first times in my life as a designer and image-maker where I’ve been wowed by the power of communication.”

“With the sign, the only thing that matters [to me] is that people saw a sign of peace. That they saw a sign everyone could read, regardless of their language. And what it could read was ‘peace, solidarity and community.” So in this sense, its function has been fulfilled.”

The ADC*E Creative Distinction exists outside of the traditional ADC*E Awards programme. Decided upon by the ADC*E board, comprised of representatives from each of the 18 member clubs from across Europe, it will be announced in December of each year, moving forwards.

Read Jean Jullien’s full interview below, conducted by HP Albrecht Head of the Akademie U5 Advertising School and their art director, Charlotte Bufler.

ADC*E: On behalf of the Art Directors Club of Europe, I have the honour to award you for your Paris peace symbol, congratulations…

ADC*E: So, we’ll be arriving in London shortly to present you with this special Creative Distinction, but firstly were you surprised to hear you’d be getting an award from the Art Directors Club of Europe?

JJ: I was very surprised! I’ve never really had an award before, as I haven’t really entered any, so it’s a very nice gesture of recognition and very humbling!

ADC*E: Ah, so really special then!

ADC*E: So let’s start at the beginning, tell us a little bit about where you were and what you were doing when you heard about the tragic events last month.

JJ: Ironically it was the first day of my holidays, so I wasn’t in Europe at the time. I turned on the French radio like I normally do and I heard what was happening, so I rushed online to check that my friends and family were okay. And then I saw this outpouring of communication from everybody. People sending messages of sympathy and solidarity, writing all these different messages of support.

Now I express myself visually more naturally, so the first thing that came to my mind was to just draw something to communicate peace and solidarity towards Paris.

So it was pretty straightforward… I didn’t sketch, or research, or think about it. The first thing that sprang to my mind, I drew it and then I shared it.

ADC*E: It’s a really simple, yet powerful symbol. So that was what was in your head as your first reaction?

JJ: Yeah, it was just really instinctive and direct, it wasn’t something that I thought about at all really. It was more just a designer making a direct connection, asking what symbolises peace and what symbolises Paris, and asking how do you merge those symbols to create something meaningful?

ADC*E: And when you created this, was you conscious at all that this could be something other people could also use to express themselves? A way of illustrating how other people were feeling? Or was it purely a statement of how you were feeling at the time?

JJ: I really didn’t have any clue, because it was just a designer or an illustrator’s reaction to what was happening. I use my social media for both personal and professional things; and in this instance I was just posting as a person. Communicating as a person who was worried for the people I love and for everybody else.

ADC*E: It must be a difficult thing to come to terms with, because obviously it’s a terrible situation and as you say, its gone a bit out of your control. But at the same time, what’s happened with your logo is something really beautiful. It became an international symbol that stood for so many positive things and truly brought people of all races and languages together. So what emotion, if any, can describe your feeling about it? Is there any word?

JJ: I can’t really look at it from a professional perspective. But personally I’m shaken, and the only positive aspect is what I’ve seen the sign become. It seems to have become something useful, meaningful and practical. So in that sense, that’s the only solace I can find.

It’s really difficult for me to be happy about it, which is something that a lot of people have asked me. Or, they’ve asked me if I’m proud of what I’ve done. And the answer is no, because it’s something I’ve posted once and that’s the only time I’ll post anything about it – apart from a couple of things to explain myself.

While I know it’s something that will probably stick with me, I don’t want to benefit in any way from it.

ADC*E: So it wouldn’t matter if nobody ever knew it was you?

JJ: No! I’m pretty sincere when I don’t want to benefit from it. I didn’t look at it and say “Great! A tragedy, I’m going to benefit from that and attract a lot of people to my work.” The sign, if people are sharing it, the only thing that matters is that people saw a sign of peace. That people saw a sign everyone could read, regardless of their language.  And what it could read was ‘peace, solidarity and community.” Whether it was attached to my name or not, I couldn’t care less! As it was more about communication, so in this sense, its function has been fulfilled.

If people ask me to talk about it, then its fine, I can explain because I think it’s important to answer questions that people might have. But it’s not something I want to carry on a banner that represents my work or me. Now I don’t want to be ashamed or distance myself from it, either but as I’ve explained it’s something that I’ve created, but it has become something ‘out of me’. Other people have given it its function, if that makes sense?

ADC*E: Yes that does make sense. Well, the events in Paris left people speechless and there were no words that we had for them. But we did have your picture, which was able to give a voice to so many people. So all we have left to really say is thank you! Thank you from creative all over Europe for showing the power of creativity and design...

JJ: I think that’s the one thing that I can be happy about. Not the sign, but the one thing I live by is image making. It’s a culture that I think we all share. I grew up studying things like May ’68, or the work of people like Alan Fletcher; designers who really truly used image as a language to communicate. And it’s one of the first times in my life as a designer and image-maker where I’ve been wowed by the power of communication. And in that sense, that’s the solace I can find in what happened.