As our Untouchable Covers campaign is starting to be picked up by awards shows we thought we'd catch up with Ben Gough from Leo Burnett, London, who came up with the original concept. What was the background to the campaign? And what has he worked on since? 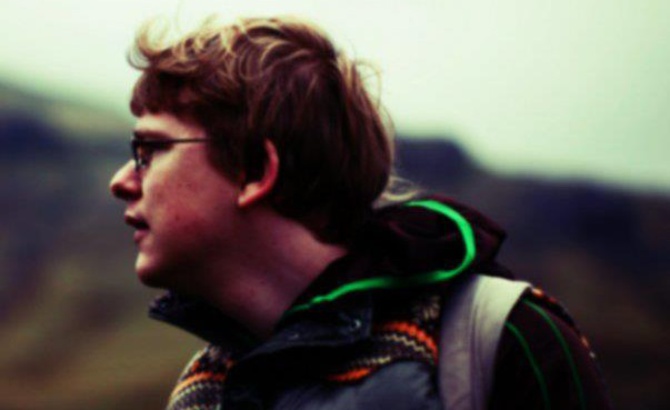 Can you tell us about the "history" of the Fake Covers campaign you did for our magazine?

I was reading the Lürzer’s website and it had the line "The World’s Most Stolen Magazine" – and I thought it was a brilliant line with a real ring of truth to it. (Most of the copies in my collection are stolen from somewhere – and they get pinched on a regular basis too!)

So, I approached Lürzer’s, several years ago, with the idea but nothing came of it. However, I never take no for an answer so re-pitched it last year and it was second time lucky.

After selling the idea, there was only one person I could think of that could make this campaign really brilliant – Mark Denton at Coy! Luckily, he loved the idea and his photographer Fern Berresford and team did an amazing job making the covers a reality.

What has been the industry's reaction to it so far?

The reaction has been brilliant. When we launched them at Cannes I was strolling around the Croissette with them and everyone wanted to see them or have them. Most ad publications featured them. It’s all been very positive and it helped sell subscriptions too!

I know you've won a major UK Direct Marketing Award already. What were some of the comments you got?

At the DMAs people were coming over to my table to let me know that so-and-so from thingy-place wanted to talk to me. And basically they just wanted to say how much they loved the covers.

One creative director said it had restored their faith in creative direct marketing. But the best reaction is when people just read the covers and literally laugh out loud.

I remember there were a few more which you had thought of that didn't make the final cut. Care to tell us a bit about  the ones you decided they were perhaps too weird or over the top?

Whilst the powers-that-be at Leo Burnett were incredibly supportive there was trepidation about going with ‘Cock Lover’, a magazine for chicken breeders. However, I bowed to their better judgment and changed one word so it became Cock Handler instead.

Also, I wanted to the campaign to have a bit of social commentary so there was at one point a Seal Clubber magazine and Rare TrEats – a culinary magazine for cooking endangered animals. They were funny but they were straying away from the realism we were after.

And ‘Living With Contagious Hand Diseases’ was another one but was more of a fake leaflet than a magazine.

Are there any motifs which you as the creator prefer in particular?

My favourite is De-Worming World because it’s the truest to the idea. And when Mark Denton and Fern showed me their ideas for the covers I insisted on the bum shot, which we thought would be a pain in the arse to shoot, but turned out relatively straightforward.

You've mentioned that international award juries find this campaign more difficult than those of English award shows. Why do you think so?

When I was in Cannes, people told me it was so British. Does anyone outside of Britain even know what a doily is? It did pick up one International award though so I’m certainly not complaining!

Is the campaign going to be entered at Cannes?

It will be entered into Cannes. I would love to win one of those, pleeeeeease!

What are some of the projects you have been working on since?

Apart from the Untouchable Covers a favourite recent campaign of mine is the Rice Krispies Squares Bus Tour of London. As part of the “It’s All Lies – They’re Not Even Square!” campaign I wrote a 45-minute guided bus tour around London. However, the commentary was made up entirely of funny lies. It was tough work, but I loved it. 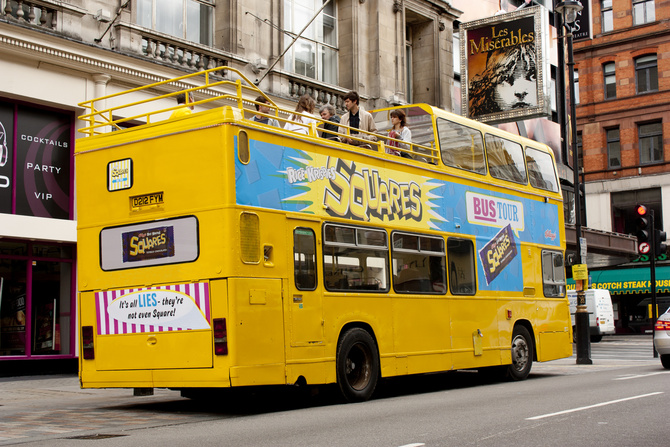 Me and my partner Graeme Bowman turned one side of Leo Burnett London’s building into a giant sign using just black card – something we are also about to repeat for a major brand this month but bigger – so watch this space!!! 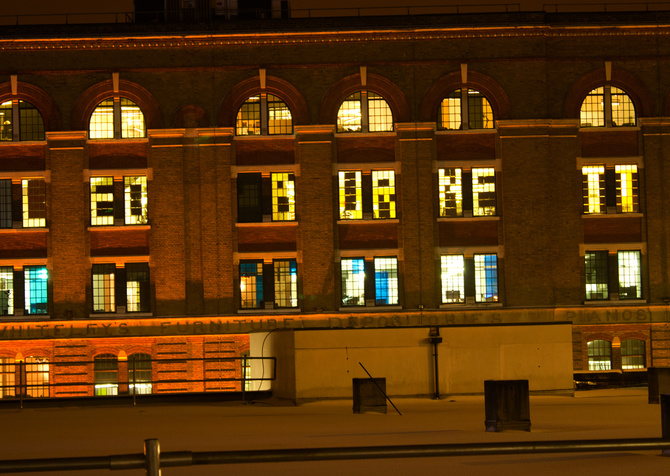 What to you is the best piece of advertising out there at the moment?.

The recent and beautiful Lurpak campaign from Wieden + Kennedy is the first time in memory (or maybe ever) that I have seen an advert, consciously and instantly thought ‘I need to buy some of that’ and then gone out and bought it. Great advertising works! And it makes my toast taste better.

Anything else caught your eye?

Yes. Britain is famous for its rain but I was amazed that no one ever thought of branding it and selling it to tourists. So I am now the original and finest purveyor of genuine British Rain, which you can buy at BritishRain.Com.