Since blogging about Brad Pitt’s misstep as the face of Chanel No. 5, Michael Weinzettl has been taking a look at the history of celebrity advertising. 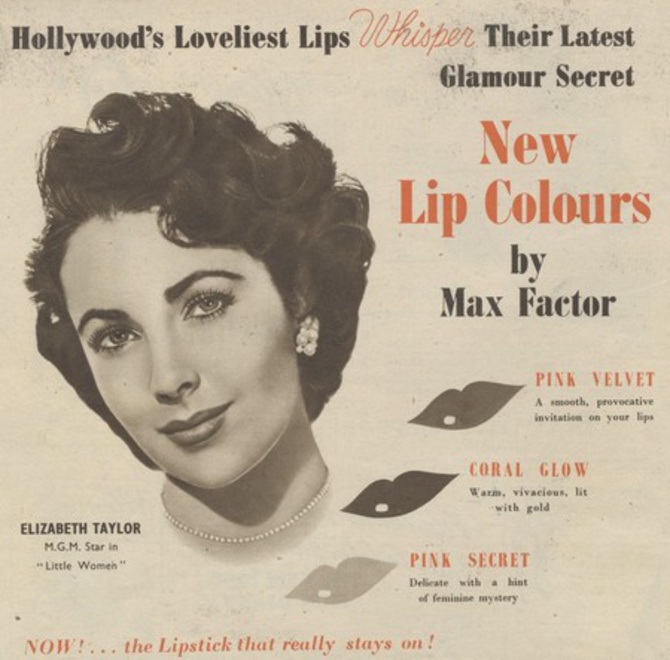 There are lots of “studies” to be found of the efficacy of using celebrities in advertising. They employ scientific language and tools, statistics and case studies to prove their point but the yield of all these studies are usually banalities such as “there should be some kind of fit between the brand and the celebrity”! The conclusion most of them arrive at brings to mind Little Britain’s Vicky Pollard ("Yeah but, no but, yeah but, no but...")

Despite the perceived opportunity of taking a fast track to the consumer’s heart and purses, banking on a famous face to sell the product always has been a bit of a gamble. And one that several brands have come to regret: Pepsi Cola which in the 80s started to massively use celebrities in their adverts can probably attest to this like no other brand.

What with stars like Madonna whose Like a Prayer video got condemned by the Vatican, and subsequently the simultaneously aired Pepsi commercial featuring her and the song, causing massive protests from family and religious groups that included the boycotting of Pepsi.

It didn’t exactly help their credibility when, years later, another of their endorsing celebrities, Britney Spears, was widely documented as privately preferring Coke. Not to speak of cases such as O.J. Simpson who appeared in a lot of ads for which the people responsible, later wished had never happened.

In some cases - as with Brad Pitt’s Chanel No. 5 appearance -­ it was the celebrity that caught some of the flak. In 1987, French screen icon Catherine Deneuve was the 60s and 70s face of Chanel in the US (though interestingly not in France) and a frequent presence in cosmetics ads.

She was somehow persuaded to encourage consumers to put their trust and money into the newly privatised Compagnie Financière de Suez, a long standing financial corporation, which only a year later ran into big trouble - described as “a sprawling, unprofitable mess” by the International Herald Tribune. Deneuve’s phrase “Reflechissez!” (Think about it!), which concluded the spot came to haunt all involved - including possibly herself.

Celebrities have of course been appearing in commercials and print ad campaigns for ages.  As far back as in the Belle Epoque, Sarah Bernhardt not only profited from the famous posters by Art Nouveau  Alphonse Mucha for her stage appearances. She also, in 1898, lent her name to a poster advertising cosmetics brand La Diaphane “poudre de riz” and her face decorated packs of cigarettes at the time.

When Hollywood became a force to be reckoned with as a star-making industry, this was of course the start of the celebrity advertising as we know it. Silent screen star Mary Pickford became the first face of an ad campaign for Lever Bros Lux soap, initially conceived as a common household product and drab. But with the help of movie star power, it soon turned into sought-after toilet soap.

Max Factor went into cosmetics (as opposed to the made-to-order wigs and theatrical “grease paint” he started out with originally) in 1920s Hollywood, and also quickly followed suit, turning to movie star testimonials to market his products.

Since then celebrities have been used a lot by the ad industry, some exclusively appearing abroad. Japan was a particularly welcome country to which big stars turned to be booked for advertising, since appearing on a huge poster or commercial peddling cigarettes/booze did not register with their American audiences. (Bill Murray’s character embarks on such a venture in Sofia Coppola’s “Lost in Translation.”)

In our Online Archive, there is a particularly choice example of this practice featuring no less than the ex-Governor of California Arnold Schwarzenegger’s foray into Japanese commercials - with all the stops out. Mugging his way through the 1991 campaign for a vitamin drink, and obviously convinced that no one outside Japan would get to see this over-the-top performance.

Since the advent of the web and platforms such as YouTube, however, furtive appearances in ads for foreign markets have become all but impossible to pull off.

Still, as some sources claim, celebrity advertising is as popular today as never before. And occasionally you come across really good ads in that subgenre. To give a few recent examples, there was Clint Eastwood in last year’s Chrysler Super Bowl commercial. Then there was Will Ferrell in a funny mock-epic Old Milwaukee beer spot and, of course, Snickers with the likes of Aretha Franklin, Betty White.

The chocolate bar’s “You’re not you when you’re hungry” campaign also included Joan Collins, who over the course of her long career has appeared in several commercials that have become ad classics, such as the famous Cinzano campaign from the 1970s alongside Leonard Rossiter, or (one of my all-time favourite celebrity ads) a campy Olympus commercial from 1999 directed by Tony Kaye, which our subscribers can view here. 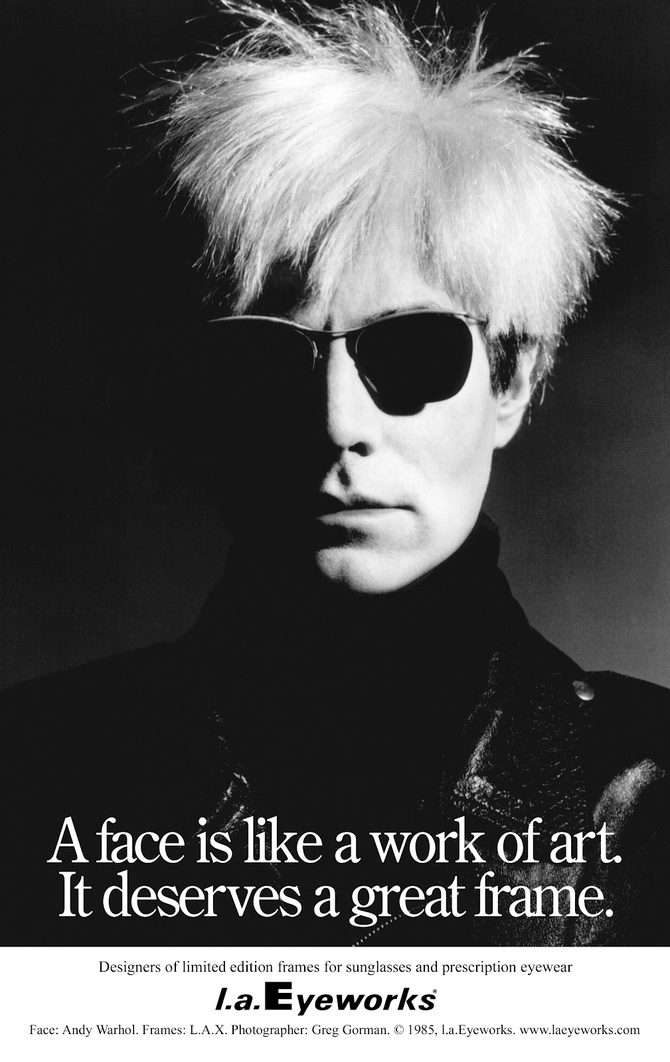 Image: Andy Warhol is the face in this L.A. Eyeworks print which featured in the 'Classics' section of Archive Vol. 4/1994.