CHOOSE OUR NEXT COVER IN TIME FOR CANNES

Want to help decide what goes on the front of our Cannes Lions issue of Lürzer’s Archive? See the four candidates below and let us know your favourite on Facebook.

Although you may not yet have had time to get used to – some may say fully recovered from – our Vol. 2/2014 cover, it’s already to time to make a decision about what is going to be on the front of our upcoming issue, Vol. 3.

Once again, we should like to turn to you, our readers and fans of or Facebook page to tell us which of the four options you would prefer to grace the cover of the issue that will also be widely circulated among the visitors of the Cannes Lions Festival, which will take place 15 - 21 June.

These are the candidates you can choose amongst. As with previous cover votes, you may either “Like” your favourite in the Facebook posting of this blog (and perhaps add a comment giving a reason for your preference) or Tweet us your favourite cover at @LuerzersArchive with the #ArchiveCover hashtag.

The first is taken from an ad for Sony underwater cameras and it comes from the Rafineri agency in Istanbul. The illustrator is Yusuf Tansu Özel. 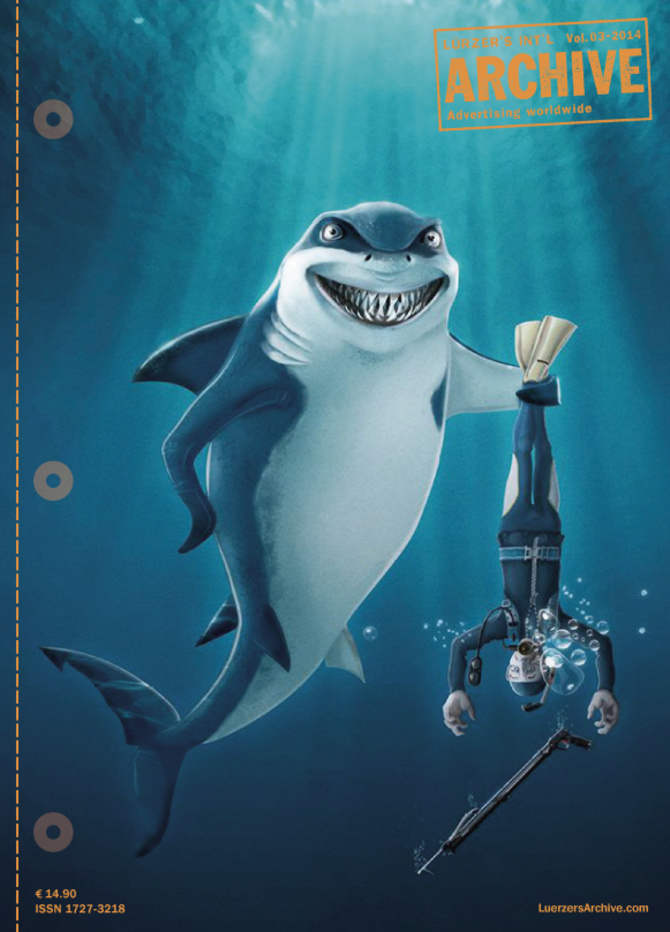 Then we have one from a series of spectacular ads for Louboutin shoes – the ones with the famous red soles – shot by US photographer Peter Lippmann, who's been based in Paris for 25 years, for the Louboutin brand direct. 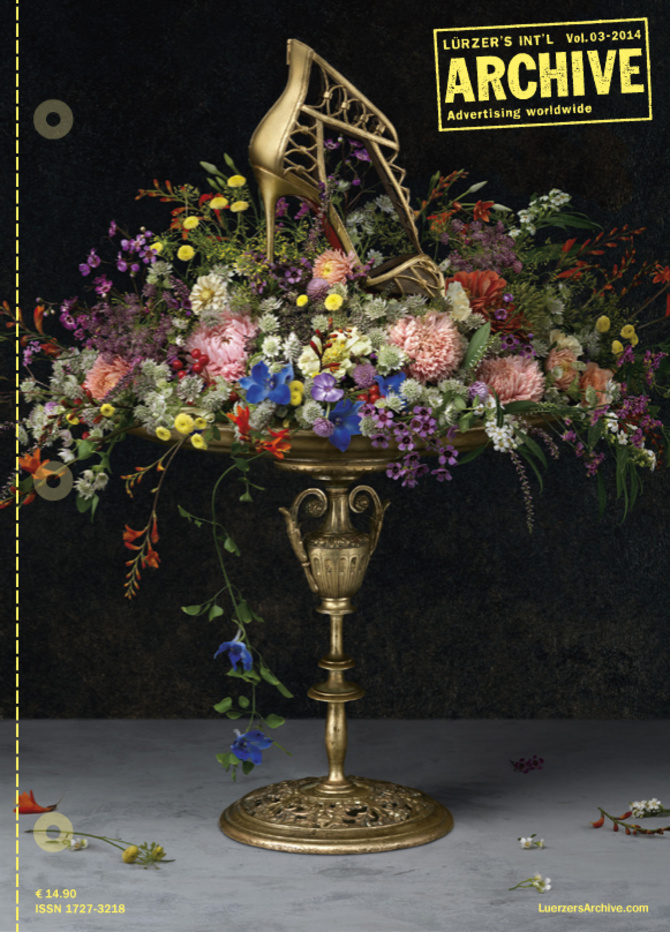 To those who fancy this particular image for our next cover I would suggest to rally round your friends and acquaintances to Tweet and “Like” on Facebook too as it was in-house and there wasn’t an ad agency involved. Hence there will be no network to exhort their employees to vote for “their” ad to appear on the cover (as has been the case just about every time an ad by a big ad network was among the cover choices).

Up next is a poster for Colgate which was created by Y&R/Red Fuse in New York. 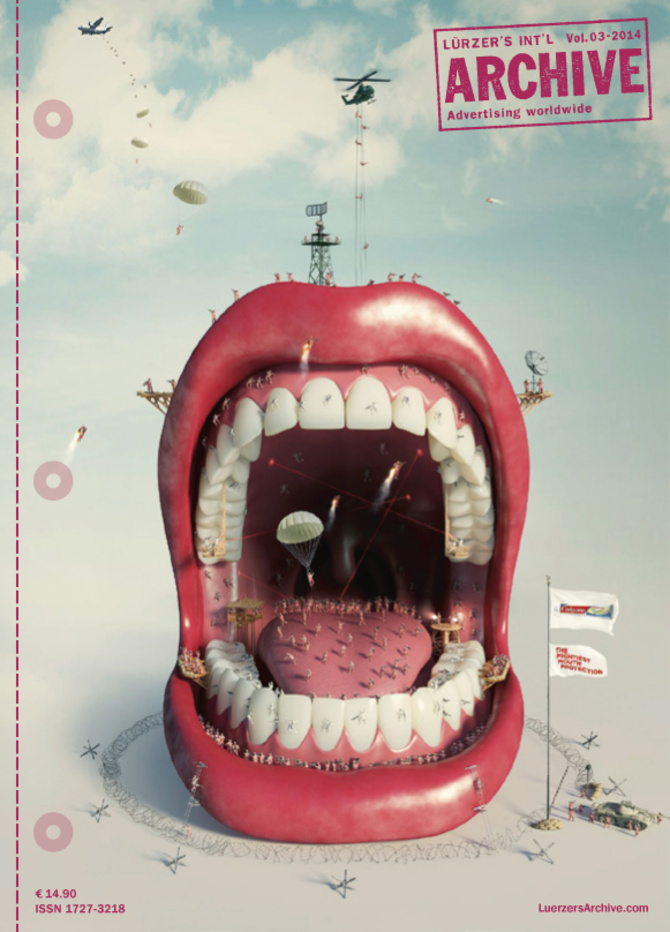 Finally, we have an ad for Snickers from Impact BBDO, Dubai – it has just won Bronze at the Dubai Lynx Awards – which operates on the brand’s by now long-running slogan “You’re not yourself when you’re hungry.” The digital artist was a frequent presence in the pages of the magazine, Carioca Studios in Bucharest. 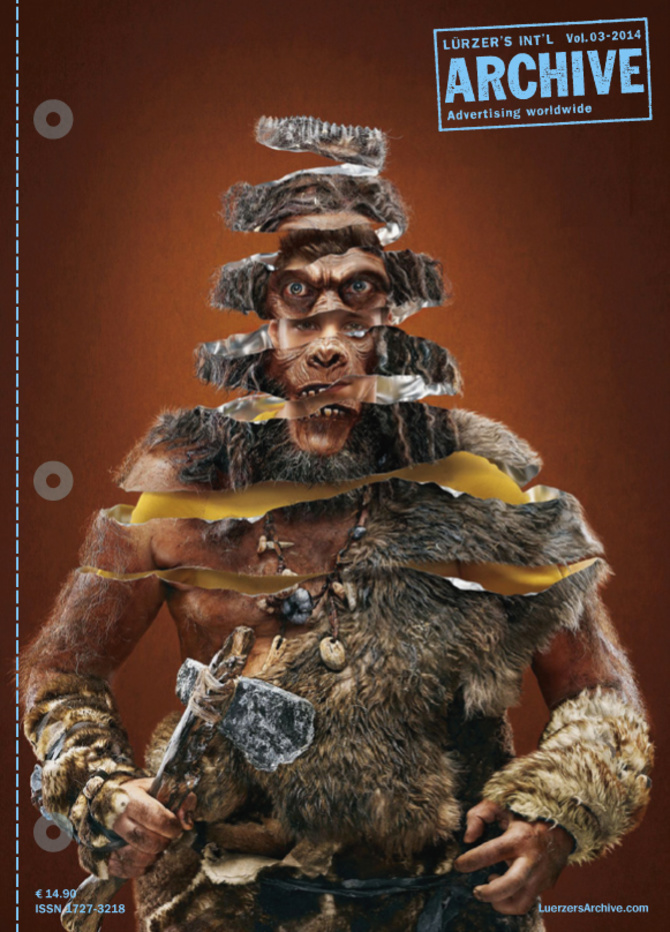 Let us know which one you would like to see on the cover of the next magazine. I can’t wait to find out what your preferences are!