Editor-in-Chief Michael Weinzettl announces which ad will grace the cover of our first 2014 issue. Plus his picks from the One Show’s Automobile Advertising winners 2014. 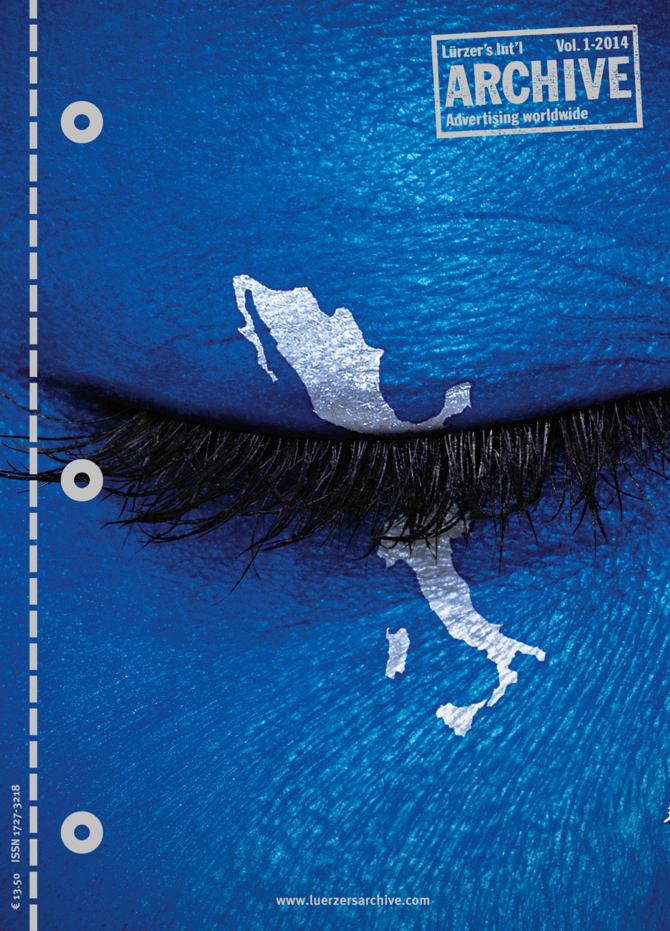 Last week, we asked you what you thought should be on the cover of the magazine’s first issue of 2014. Even agencies and patriots (the latter as always, when cover options from Latin America are involved) got on board to back candidates – naturally, as making the cover of Archive is so coveted.

My personal favourite was Persil's “For whatever life throws” by DKLW Lowe, but it was Nytol’s “Long trip in a blink” by Mexico City’s Grey and Forbes’ “Ronaldo Robot” from Ogilvy, Sao Paulo, that proved most popular amongst our Twitter voters.

Never before in the magazine’s 30 year history has an ad from Mexico graced the front, which is why it has to be Nytol’s striking ad that makes the cover of the new issue due to come out in February

The striking, almost neon, ad will be accompanied by the famous Lürzer’s Archive ‘stamp’ logo in Pantone’s Color of the Year 2014 (rather than the grey you see above). For the past 14 years, the Pantone Color Institute has been coming up with a Color of the Year to “express in color what is taking place in the global zeitgeist.”

This year it's the somewhat dramatically named “Radiant Orchid” (Pantone 18-3224). Although I have no doubts about what must finally be staunchly economic considerations at its base, I always find this announcement enormously camp. I mean, the official statement describes the colour as “a captivating harmony of fuchsia, purple and pink undertones, Radiant Orchid emanates great joy, love and health.”

(You can watch the video in which Leatrice Eiseman, Executive Director of the Pantone Color Institute, explains everything you ever wanted to know about this year’s choice.  As every year, I find plenty of reasons to cackle – though not unkindly.)

Delightful nonsense aside, the One Show’s Automobile Advertising of the Year Awards 2014 winners list was announced this week. One Show does this in partnership with the North American International Auto Show. A 50-strong jury of creative directors and journalists (including such ad luminaries as David Lubars, Kash Sree, or Kawamura Masashi from Party, Tokyo) selected winners among more than 500 international entries. Here are my favourite picks:

Honda "Hands" by Wieden+Kennedy, London – featured in Archive Vol. 5/2014 – came out on top in the TV Broadcast category, and, looking back at the car ads of last year, I guess deservedly so.

Another intriguing Honda commercial, and one I hadn’t come across before was Dentsu Tokyo’s “Sound of Honda/Ayrton Senna 1989” which won in “Online Video.”

Top honors in the the Print/Outdoor category went to Fiat "Letters" by Leo Burnett Tailor Made, Sao Paulo, another campaign which our magazine featured back in Vol. 4/2013.

It is one I like a lot but can’t help wondering if what basically constitutes as a brilliant PSA about the dangers of texting and driving was really the best auto-themed print that advertising had to offer in the past year.

The Public Choice winner which was chosen by nearly 20,000 viewers in an online voting at The One Club website was yet another victory for Honda, a commercial entitled "Illusions."

It was created by the McGarryBowen agency in London who was appointed by Honda Europe in 2012 to handle the pan-European advertising for the make’s CR-V model.

Although I do find that working with optical illusions in film, especially in the time of digital technology, makes about as much sense as putting a ventriloquist on the radio, I quite like this elegant commercial for the CR-V 1.6 Diesel. What do you think? 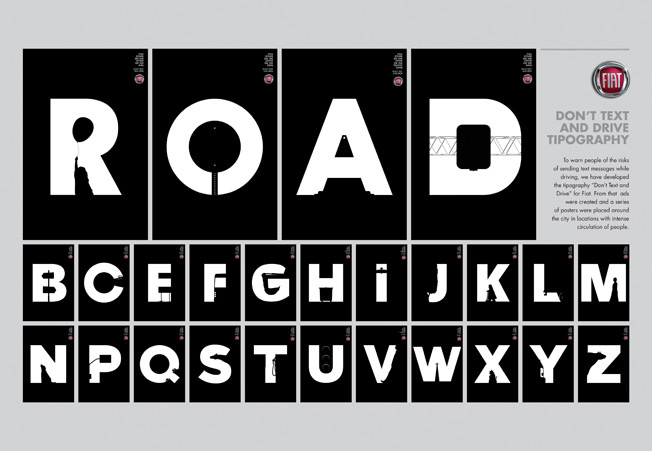 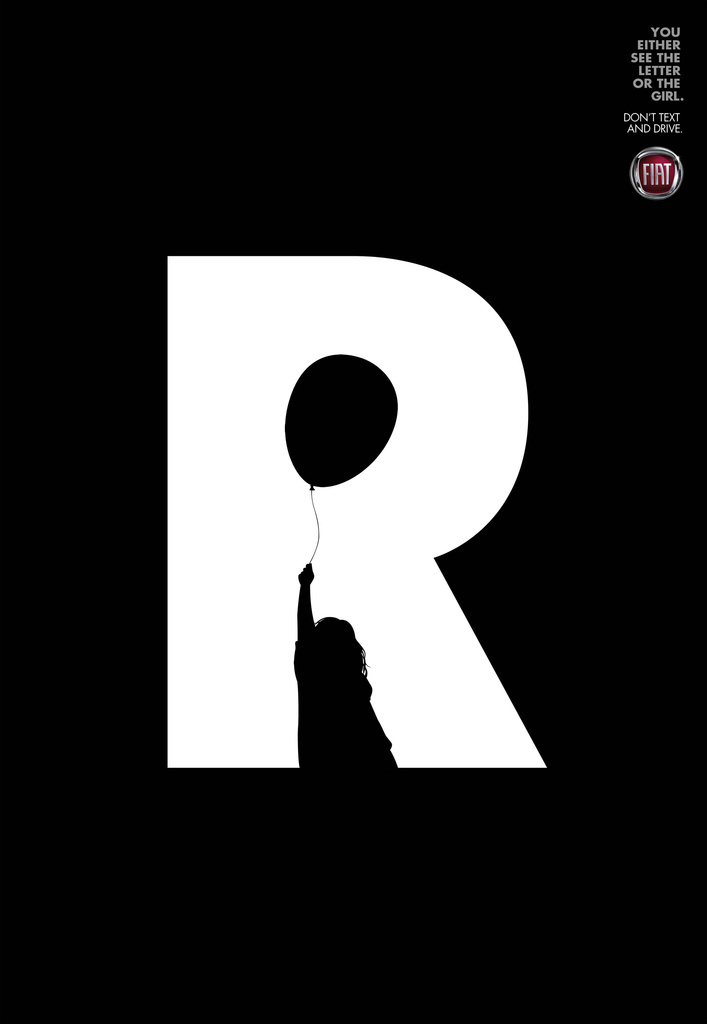 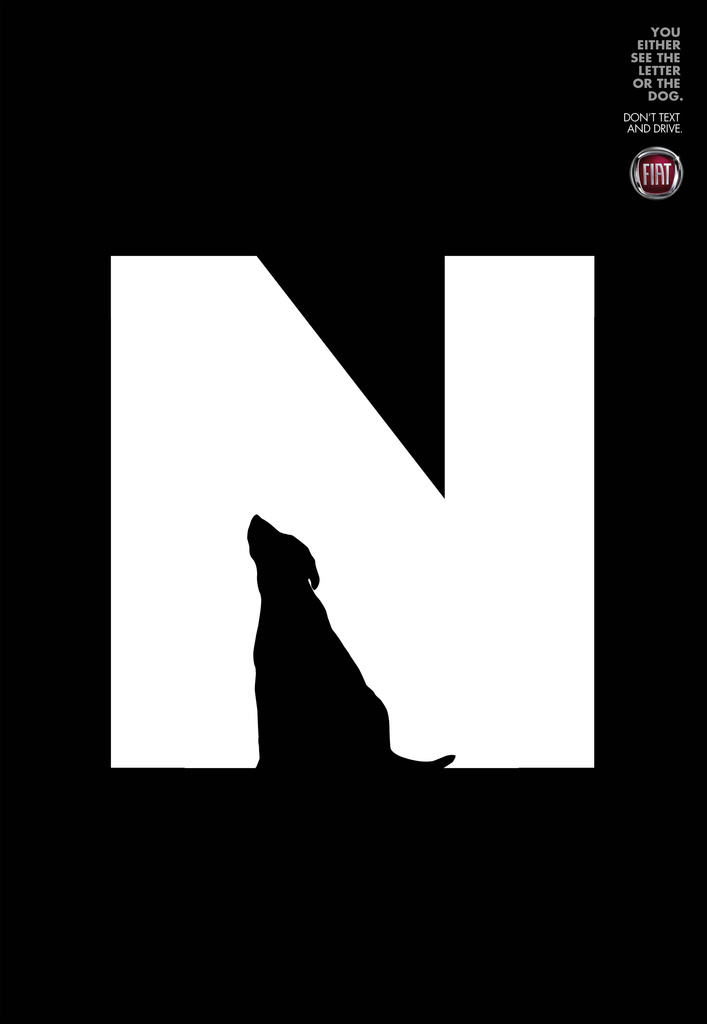