Founded in 1945, the Creative Circle is the oldest advertising and marketing awards body in Europe. Last night, they were handed out at London’s famous Roundhouse. Michael Weinzettl talks judging and winners. 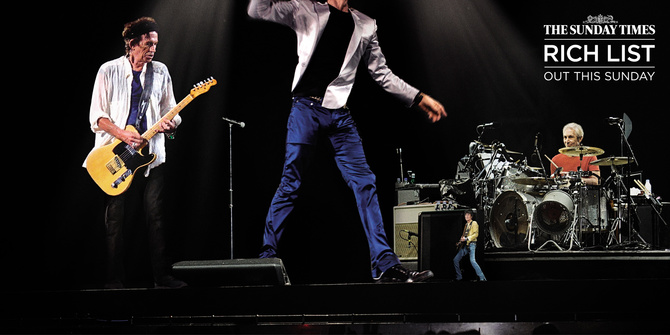 In February, I had had the opportunity to observe the final judging of this awards scheme, which focuses on the UK’s advertising – filling the gap left when the D&ADs went international a few years ago.

I was especially pleased that this finally gave me a chance to meet Dave Trott, one of my advertising heroes since way back, who was also inducted into the Creative Circle's Hall of Heroes in 2007.

Trott has been responsible for some of the most memorable British ads of the last 30 years and was the founder of several of his own agencies including GGT and Bainsfair Sharkey Trott.

He is also the author of what has been called every advertising graduate’s favourite book, “How to get your first job in advertising” as well as “Creative Mischief”, a collection of the brilliant blogs he’s been writing for Campaign.

Hermann Vaske interviewed him for Archive Vol. 6/1999 which I re-read recently to find it’s still one of the best interviews published in the 29-year history of our magazine.

Dave proved to be as charming and astute as I had thought he would be, likening the jury members - all of them Creative Directors - to “generals” who were used to telling their creatives exactly what they wanted. And now in this jury situation they would be coming up against other generals with their own fixed set of strategic preferences.

During the six hours I spent at the judging, there was, however, relatively little discord among them. This might also have been down to the fact that as opposed to  previous years’ jury meetings where a show-of-hands was required when selecting a  category winner, the judges now entered their votes rather anonymously (and silently) into digital tablets.

The issue of plagiarism raised its head when Ogilvy London’s Expedia campaign (which after some deliberation, we featured in Vol. 1/2013 of Archive) had made it all the way to the nominees without anyone noticing that it had exactly the same idea as an Aspirin campaign by BBDO Düsseldorf from two years ago (Vol. 3/2011).

I was able to point out the blog I’d written about this a few weeks ago and some of the jury members were quite aghast to see the obvious similarities. (Although, to me, an award for the campaign’s excellent art direction would still have been justified.)

What about the standard of this year’s crop?  The Creative Circle’s current president Ed Morris, a former creative (director) at London agencies such as BBH, DDB, Lowe and Fallon - and now a commercials director at production company Rattling Stick said: "As a jury member at various international award shows over the last five years I noticed the UK lose its footing. The emerging markets just seemed to pick up the emerging media and run with. For some time we got left behind.

“But I think the UK is back. The standard at the Creative Circle this year in all media is high, it’s fairly inconsistent but when it’s good it’s very good. I think the Circle results will give us a good indication of what the UK will do well with across the globe in the year to come."

As it is, and as those of you attending last night’s award show will already know, CHI, London, won three Golds (Best Press, Poster and Image Manipulation) for their Sunday Times Rich List campaign which we featured in Vol. 4/2012 of Archive.

AMV BBDO's Museum of Childhood posters (Vol. 3/2011) won a Gold for Best Illustration while the Gold for Best Integrated and Film Craft went to 4Creative for “Superhumans” (Vol. 5/2012).

BBH won Best Film campaign for Axe/Lynx ("Brainy Girl" in Vol.3/2012) and for Best Online Film they were awarded with a Gold for “Don’t Cover Up” (Vol. 4/2012) for UK domestic abuse charity, Refuge, and starring Lauren Luke, whose make-up tutorials on YouTube became an internet sensation. And not only that, the film also won the Creative Circle’s biggest award of the night, dubbed the “Gold of Golds”.

And of course I’m delighted to report that Lürzer’s Archive came away with a Gold last night too! Our “Untouchable Covers” won Best Publication Cover in the Design category - the second major award after the UK’s Direct Marketing Awards earlier this year collected by Ben Gough of Leo Burnett, Mark Denton of Coy! and his photographer Fern Berresford. Congratulations, guys!