It's your chance to decide what will be on the cover of the next issue of Lürzer’s Archive. Michael Weinzettl talks us through the four candidates for Vol. 4/2013.

With Cannes safely behind us now, just a few final thoughts on the results: In the Film category there was hardly a Gold winner that hadn’t been featured in some way in the pages of Lürzer’s Archive or on the website, which means that you, our subscribers, have been there before.

The same cannot be said for the Print winners, mostly because the campaigns entered were so brand-new that they hadn’t even existed before the deadline of our most recent issue, Vol. 3/2013. Which begs, of course, the question of how many ads were created specifically for the Festival (but I won’t go there).

In fact, one of the Gold Lion winners in Press, Almap BBDO’s quite brilliant Aspirin campaign - a continuation of the Bronze-winning Aspirin campaign featured in Vol. 1/2013 - even looked as if there hadn’t been time to do a proper execution. Or why else would it resemble nothing as much as a scribble hastily put together by an art director just to have something to enter in the awards?

Also, though I think that the iPad Mini campaign is lovely, I do wonder how many external factors contributed to it getting the Grand Prix in Press in the end.

I was reminded a bit of the time Nicole Kidman was awarded the Academy Award as Best Actress for her turn as Virginia Woolf in The Hours (an Academy Award she had coming for sure, for other roles for which she didn’t win, but one had the impression that that Oscar really went to the big prosthetic nose which she deigned to wear in order to look more like Woolf – not that she did for a single moment). 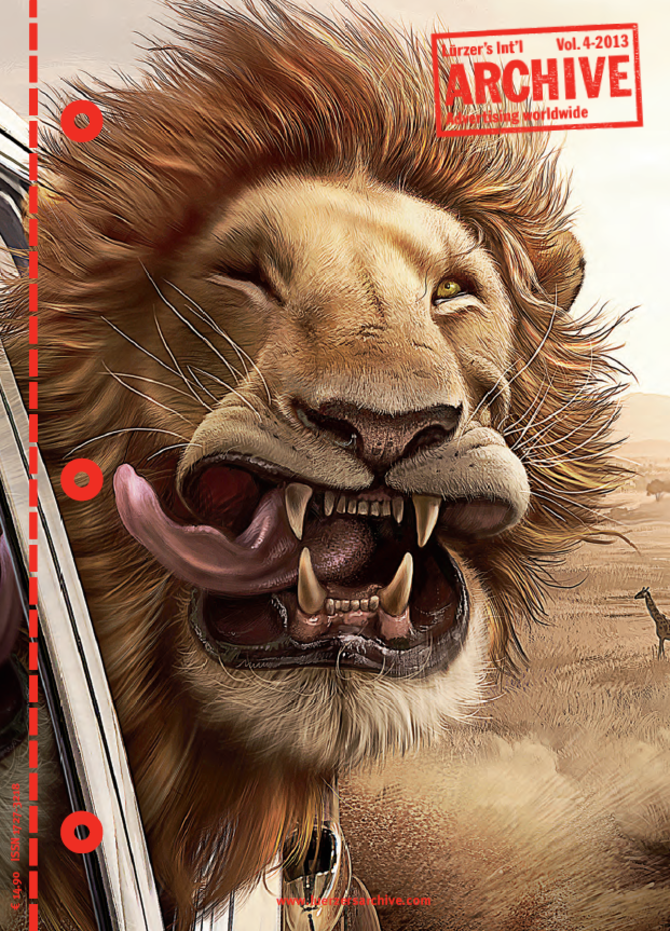 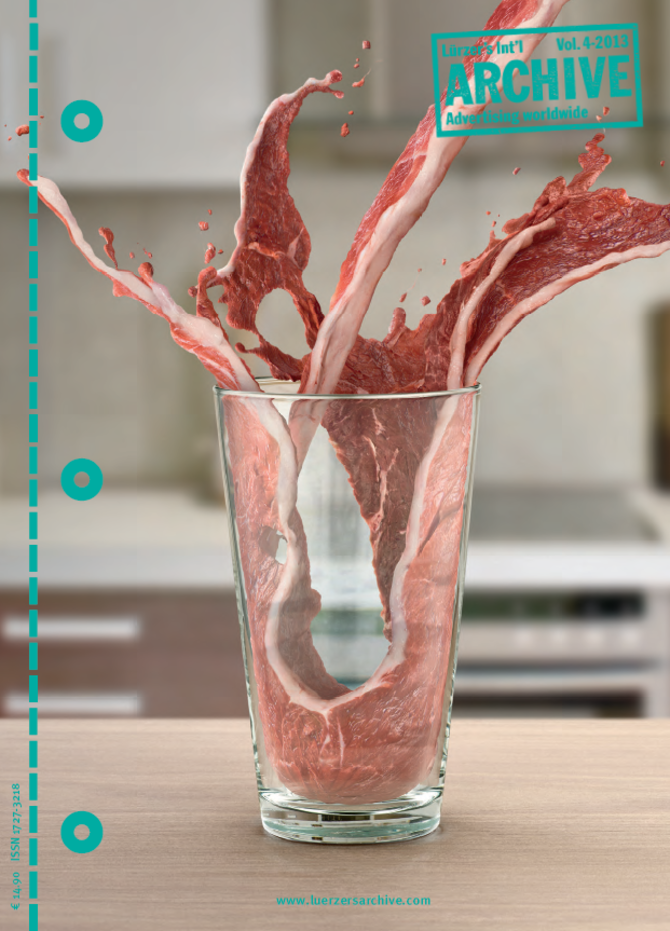 But enough about Cannes! We have more pressing matters at hand here. As we did a couple of times last year, for Vol. 4/2012 we wanted once again to involve our readers in selecting the cover for the upcoming issue.

When I selected the cover options I wasn’t aware where they came, except for the case of one. As it turns out, this time around two of the possible cover images come from Brazil, one from Columbia and another from Thailand.

First up, we have the lion sticking its head out of the window of a 4X4 vehicle, namely the Mitsubishi Pajero Dakar. It’s from Sao Paulo’Agência Africa and was our Print Ad of Week a few weeks ago.

Then we have a glass into which what looks like liquid raw meat is being poured. The campaign for a bottled water sold by a Colombian supermarket chain comes with the headline “Now in a new bottle with 7 layers to protect the flavor of the water in your fridge” and was created by Sancho BBDO, Bogota.

The third cover option is from a dishwashing liquid campaign that just won a Gold Lion in Cannes (Headline:  “Separate them”) and comes from Lowe in Bangkok.

And, finally, and for the first time we present you a cover option that wasn’t created by an agency but by a team of students at Miami Ad School in Sao Paulo. It’s an ad for Band-Aid I selected for the Students Contest category in Vol. 4/2013.

We have never before considered any of the student entries for a cover of the magazine although we did have what was the work of a student (Alex Creamer, a 2010 graduate from the University of Central Lancashire) on the cover of our Special, 200 Best Packaging Designers from three years ago.

So, it’s up to you now to select our next cover. Just visit our Facebook page and give your favourite cover a ‘Like’. 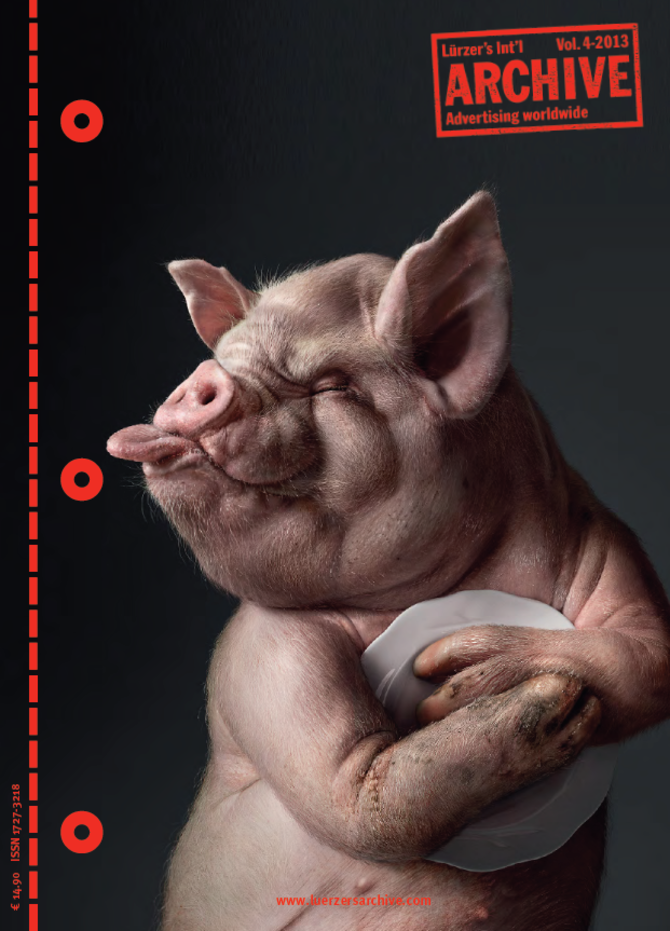 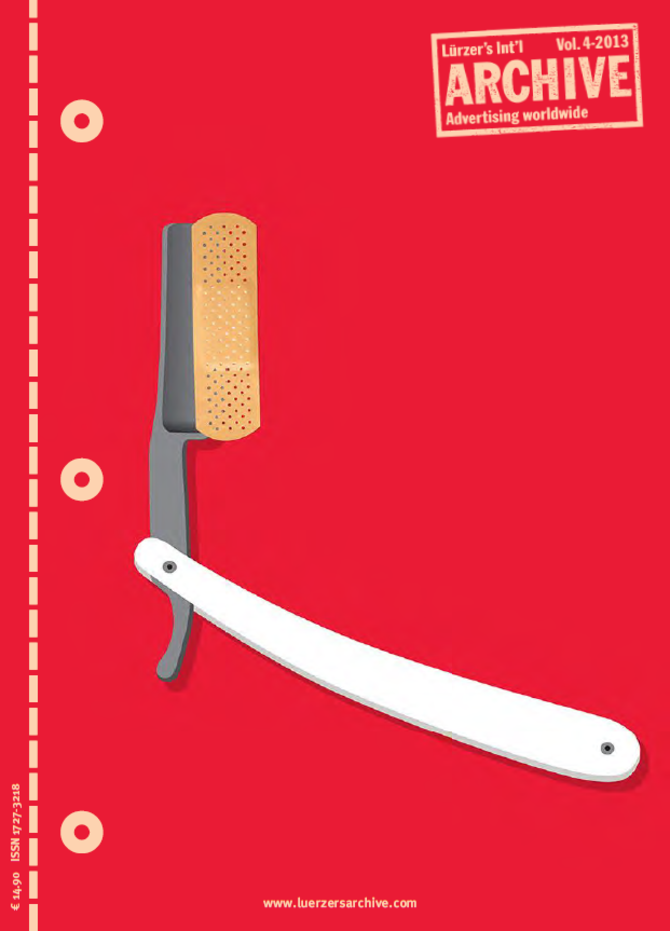