DID YOU VOTE FOR THE WINNER?

Which cover did you vote for? Editor-in-chief Michael Weinzettl explains why DDB London's Harvey Nichols "piss lady" will grace the cover of Lürzer’s Archive Vol.4/2012 - and why he was so eager for her to win.

Last Friday I asked the readers of this blog to go on Facebook and vote on the five cover alternatives presented. At the time I had little idea how huge the response would be and how exciting the process would turn out to be. The whole weekend for me was a bit like what the one before must have felt like for football fans (which I am decidedly not). I kept checking the scores every two hours at least. 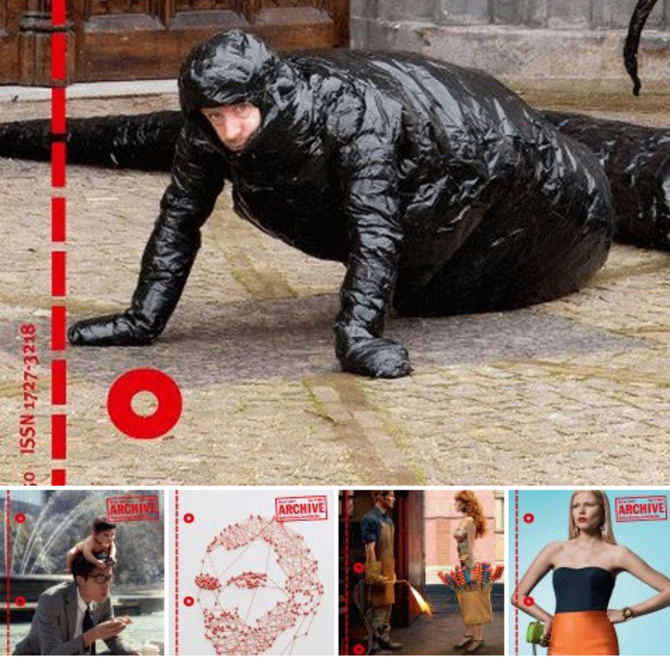 Why was I so involved? Simply because from the very beginning I had been rooting for the Harvey Nichols Sale ad to make it to the top of our Facebook followers’ votes.

The first three days, from 9am on Friday when the voting had started to Sunday afternoon, it didn’t look too good. Although three of the cover options (Eindhoven/s’Hertogenbosch from KesselsKramer, Helianthus by O & M, Tokyo, and the “Van Gogh” one for Century Travels by JWT, Barcelona agency) relatively soon fell behind, there was a tough head-to-head race between the Axe “Unleash the Chaos” and the Harvey Nichols Sale motif, with, except for brief periods, Axe clearly leading the race by up to a 100 votes difference.

So I started to campaign for it, writing to all of those of my Facebook friends who may not have the direct connection to Lürzer’s Archive that the readers of this blog have, and tried to encourage them to give their votes, gently trying to influence them to vote for the Harvey Nichols. Which turned out to be quite superfluous since all of them - without fail - immediately declared that none other should be on our cover than the avid Harvey Nichols shopper with the incontinence problem.

I stopped short, however, at emailing Sofia Coppola and asking for her to vote. For some unfathomable reason I had received a friendship request from her – whose films I adore , “Somewhere” being perhaps my favorite movie of the year 2010 – although we have never met, out of the blue a few months ago. She had a total of 90 friends at the time.

Still, things continued to look dismal all of Saturday and Sunday, until suddenly on Sunday evening, the Harvey Nichols cover leapt ahead! I had already started to compose in my head justifications to put the “Piss lady” on the cover no matter what the final toll would be, quoting the final line in my Friday blog which said “…we will USE your 'Likes' to decide the final cover” which COULD of course be read to imply that it would not be the one with the most votes would make it on our 4-12 cover. But I felt horrible about his, like a lawyer referring to the small print. If not to say despotic.

So I couldn’t believe my eyes when at midnight the score read Axe: 560, Harvey Nichols: 710. And this trend continued to the very time of this writing, when the final score stands at: Harvey Nichols: 1306 votes, Axe: 842, Century Travel: 121, Eindhoven: 100, Helianthus:  88. (I was a bit surprised about the last one, presuming that babies would have more of a pulling power with our Facebook fans). Which means a total of 2,457 votes counted. I am overjoyed at this response and, of course, the final outcome!

You ask me why I thought from the beginning that the Harvey Nichols should be the one? (With the sole exception of Kate Brown, our representative for the UK, none of my colleagues at Lürzer’s Archive shared my enthusiasm for it and voted for the other options, our CEO Sandra Lehnst even making a point of “liking” every cover option except Harvey Nichols!)

Well, just because it’s the most striking and iconic image to come our way in a long time. Of course the Axe poster is beautiful and smart and exciting in its way, and as I said last time, would have deserved much more than the Bronze Lion that it got in Cannes this year.

Also, it comes from a campaign that is arguably “better” advertising that the one for Harvey Nichols. But I firmly believe that a decade from how, when we will look back at this year in advertising, it will be the Harvey Nichols image that will be remembered rather than the lovely Axe ad.

And it would have been a shame to let the chance pass to have it grace our cover. By way of thanks to all of you for participating in the cover selection, I dug out an even more controversial "piss ad" from our archives...

Much more "scandalous" in a way because it's more sexually charged is this ad from 15 years back for Kadu, a brand specialising in surfwear, streetwear surfgear and such. 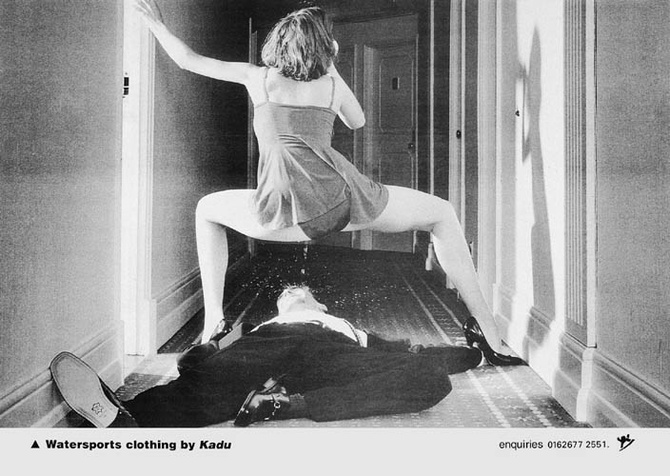 The creative team, Ben Nott and Adam Hunt, two - at the time young - Australian guys, had won the Print Grand Prix at Cannes in 1994 with the following ad for the same company. 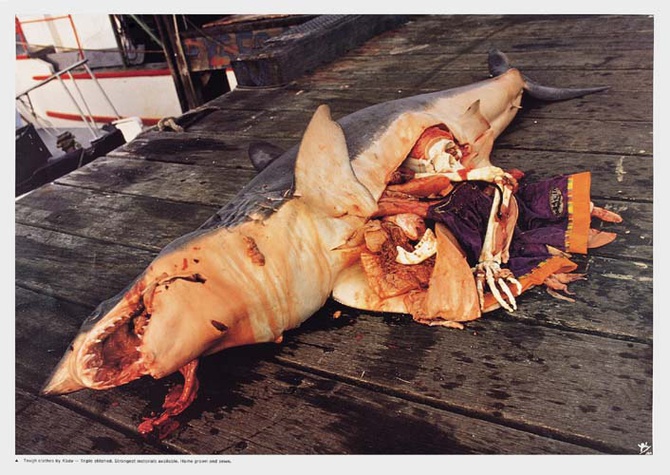