FROM BABY DRAGON TO MOTHER AND CHILD

Our ‘Great Ads’ Seminar was held at the Golden Drum Festival this week where we heard the remarkable story of how our magazine changed the fate of a fiery Heinz ad... 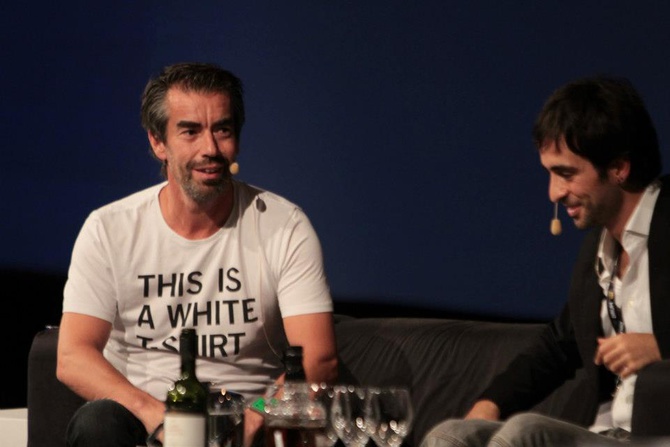 Today is the final day of the Golden Drum Festival - an affair that takes place every year in the lovely Slovenian town of Portorož on the Adriatic coast. In its 19th year now, it is basically the most important ad event for what, since its inception, they’ve been calling the “New Europe.”

The competition is limited to entries from a total of 38, mostly former Eastern Bloc, countries; the exceptions being Austria, Greece, Finland, Israel, Lebanon, Malta and Turkey. I had the pleasure of being in the jury of one of their awards in 2009 when the festival was still run by its original founders and organisers, Jure Apih and Meta Dobnikar. It has since been taken over by the Slovenian Advertising Association and the focus on Eastern Europe has become somewhat stronger.

Our Eastern Europe sales representative, Diana Dragomir from Romania, has been at the festival. Being the creator of Archive’s digital apps, including the Great Ads Tool app, Diana also attended the Lürzer’s Archive “Great Ads” Seminar held on Tuesday 2 October, where creatives talked about how they came up with the ideas for some of their most-awarded campaigns.

Based on the “Great Ads” campaign created for our magazine by BBDO, Moscow, it was headed by their creative director, Luis Tauffer. On stage to talk about some of their work was Ali Bati (Lowe, Istanbul), Marco Cremona (Y&R, Moscow) Marco Antonio do Nascimento (Y&R, Prague) and Jean-Paul Lefebvre (ECD at Abracadabra, Belgium). In fact, Diana didn’t just attend - she captured the entire session on her iPhone and sent me the film.

I enjoyed watching these guys talk about their work, but was especially riveted when Jean-Paul Lefebvre told a story about one of his ads featured in Archive that I had not known about: During his time at Leo Burnett in Brussels, he and his team had created a poster for Heinz Hot Ketchup, originally entitled “Dragon Baby.” The creatives were very happy with their work - as was the client - and so they decided to enter it in several ad festivals. It did not win a thing. 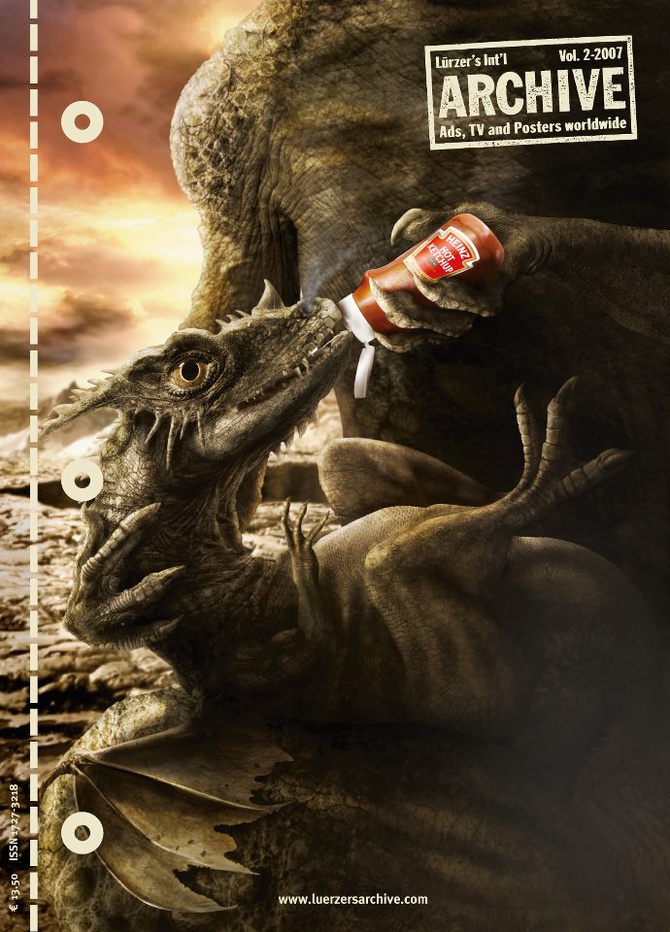 Disappointed as they were, they still decided to submit it to Archive and we selected it for publication. Not only was it featured in Vol. 2/2007, we even decided to put the visual of the baby dragon suckling on a bottle on Heinz Hot Ketchup on the cover of that issue.

“And suddenly,” tells Lefebvre to the Golden Drum audience, “...we started to receive congratulations: ‘Hey, I saw your work! Fantastic!’

“We realised that the perception of the work had changed because of the power of the media. So we decided to re-enter it in the same festivals. We just changed the name of it. Instead of “Baby Dragon” we now called it “Mother and Child,” and suddenly it won awards – lots of awards!”

If that isn’t a cool story to illustrate how influential Lürzer’s Archive has become over the years, I don’t know what is. Thanks, Jean-Paul, for sharing it!