HAVING A DIG AT RUSSIA'S ANTI-GAY LAWS THROUGH ADVERTISING

Editor-in-Chief Michael Weinzettl reviews some of the Winter Olympics-themed ads that attempt to speak out against Russia's anti-gay laws. 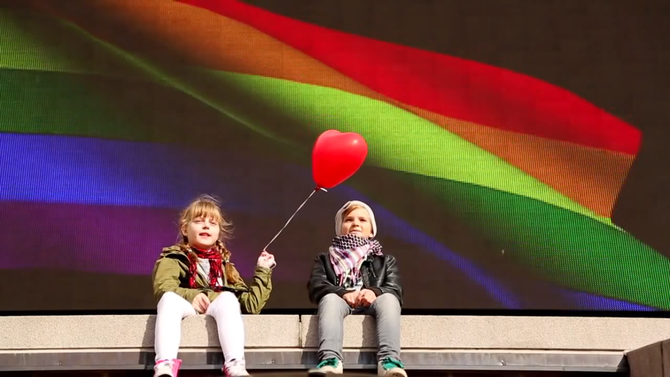 A line from an old Mary Chapin Carpenter song, “It’s Too Much To Expect But Not Too Much to Ask,” came to mind when reading about the finally unsuccessful attempts of Human Rights and LGBT groups to urge the big Olympic sponsors to take a public stand against Russia’s “anti-gay law.”

They had targeted the ten big multinational sponsors of the International Olympic Committee (Coca-Cola, General Electric, McDonald’s, Procter & Gamble among them) who pay in excess of $100 million for global marketing rights – to join them in their protest.

Three corporate sponsors of the US Olympic team however – AT&T, yoghurt brand Chobani, and DeVry University – did make their opposition to the backwards gay rights situation in Putin’s Russia quite clear.

Speaking out for diversity in the Olympics’ host country and in support of the LGBT people of Russia, there were quite a few films that managed to get a lot of attention over the past two weeks - managing to reach that hard-to-achieve viral status that so much advertising can only dream of.

One of them, Rethink Canada’s spot for the Canadian Institute of Diversity and Inclusion, featured two pelvic thrusting Lycra-clad men at the start of their luge run with the tagline: "The Games have always been a little gay. Let’s keep them that way." I found it a little bit silly really and perhaps playing up stereotypes rather than challenging them. 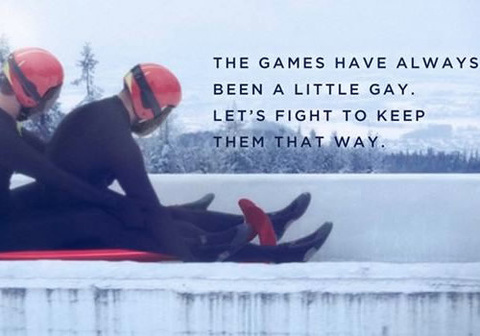 The same, I initially thought, could also be said about Channel 4’s “Gay Mountain” extravaganza which ends on “Good luck to everyone out in Sochi.” It is so very well produced by 4Creative, London, however, that it certainly won me over in the end.

A much more serious stance was taken by the Russia Freedom Fund and Athlete Ally and released by The Fair Games Project. The two-minute spot depicts LGBT discrimination as Russia's “Newest Olympic Sport.”

Another much-shared film was shot back in October 2013, when 2,000 people gathered in Stockholm's Olympic Stadium to sing the Russian national anthem in an act of solidarity with Russia’s LGBT community. It’s titled after the Live And Let Love initiative and the video came out just in time for the Olympics.

Among brands that sent a clear message of support of the gay rights struggle in Russia, the Norwegian XXL sports chain of retailers came up with what is perhaps the most popular commercial of the bunch, approaching two million views on YouTube alone.

It was created by the Schjaerven agency in Oslo for the sports and outdoor market in Scandinavia. The film's message is that sport is for everyone, no matter what team you play for. The film premiered at the same time as the opening ceremony of the Olympic Games in Sochi.

The statement of tolerance however, that many perceived in the German Olympic team’s choice of uniform – a “tongue-in-cheek rainbow” as it has been called – is probably just a lapse in taste of Willy Bogner, its designer and all those responsible – instead of an attempt to give the middle finger to Mr Putin’s atrocious policies.