Michael Weinzettl talks you through the very first Special from the Lürzer’s Archive series, dedicated to the best digital artistry from around the world. Order your copy now.

About 14 years ago, our very first Lürzer’s Archive Special came out. It was simply called Advertising Photography (five years later it would be relaunched under 200 Best Ad Photographers Worldwide and became a very successful series of bi-annual books).

Back in 1999, I remember talking to Walter Lürzer about the images we had selected to appear in this first Special and he was adamant about not having any in there that relied on a lot of “retouching” as he then called it - when it was, in some cases, an early form of CGI.

Flash forward to late 2010 when I last met Walter Lürzer personally to discuss some possible future projects for Archive. I told him about the enormous advances CGI had made in the past years and that it really could by now be considered an art in itself. Why not do a Special entirely devoted to these digital artists? He liked the idea very much and we proceeded to make preparations to publish our first 200 Best Digital Artists Worldwide.

Our first calls for entry were, so it seemed at first, quite successful but we soon found that the lion’s share of submissions turned out to be images in which digital artistry was put at the service of what once was called retouching.

Although we could see that it might take a lot of craft and dedication to create the illusion of perfect physical beauty - rejuvenate ageing stars or making cars appear shinier, sleeker and sexier - these were not the kind of images we had in mind.

The same was true with a lot of the work entered by illustrators. Again, many of them used the digital tools simply to save time and money: a patient enough illustrator could have created these images analogically and no one would have noticed. But this use of CGI has meanwhile become so commonplace, particularly in ad photography, that it’s hardly worth focusing on anymore. 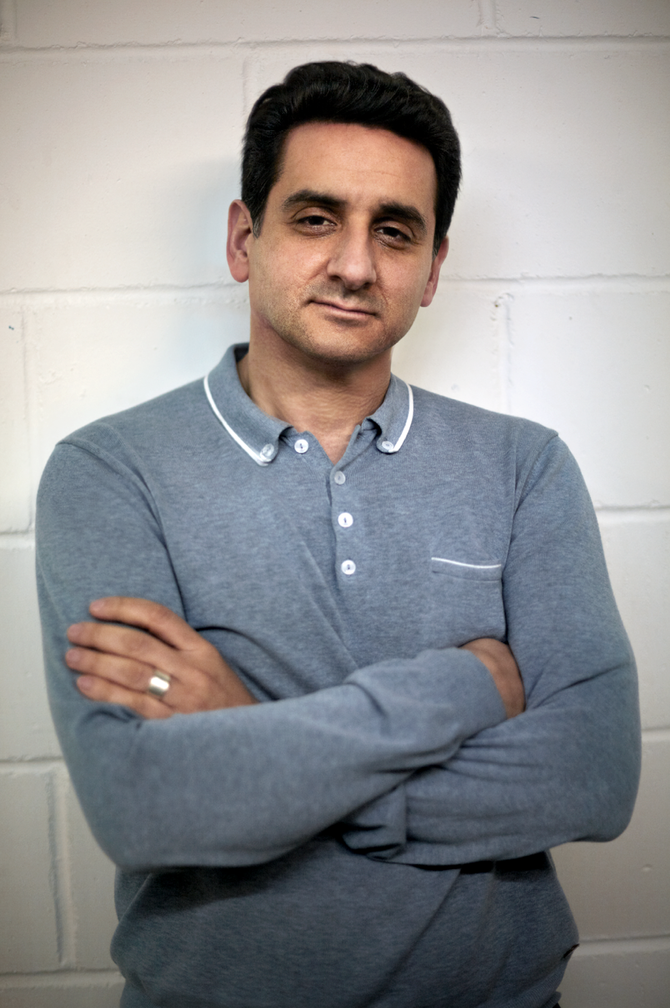 ORDER YOUR COPY NOW | Check out the sample pages below: 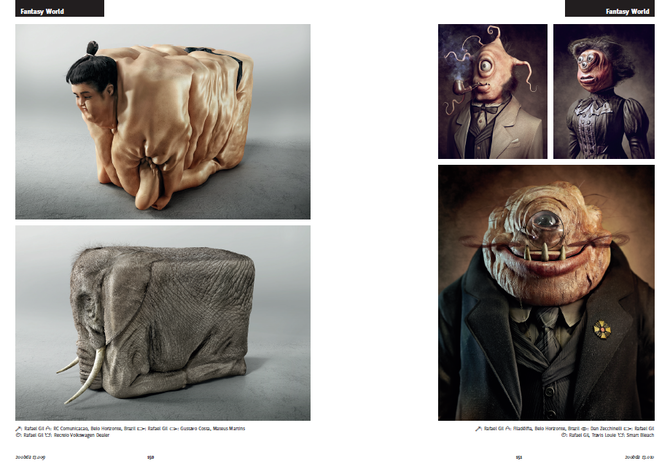 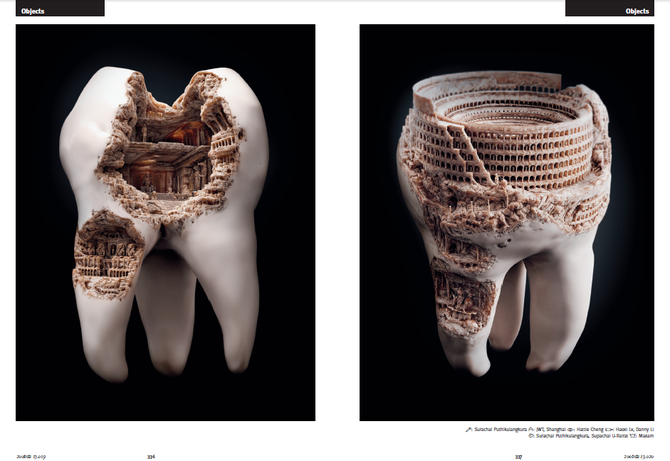 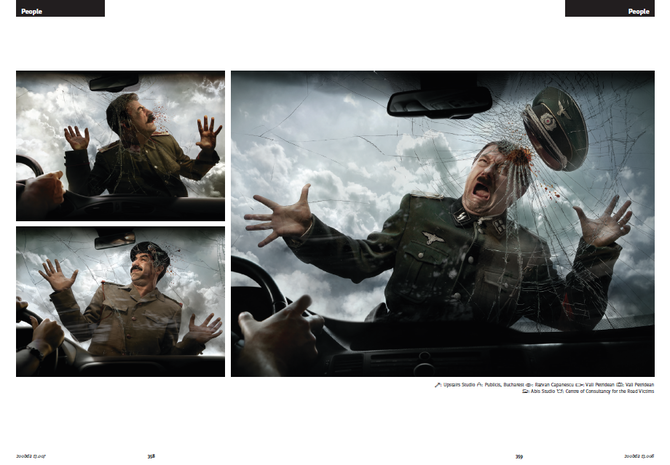 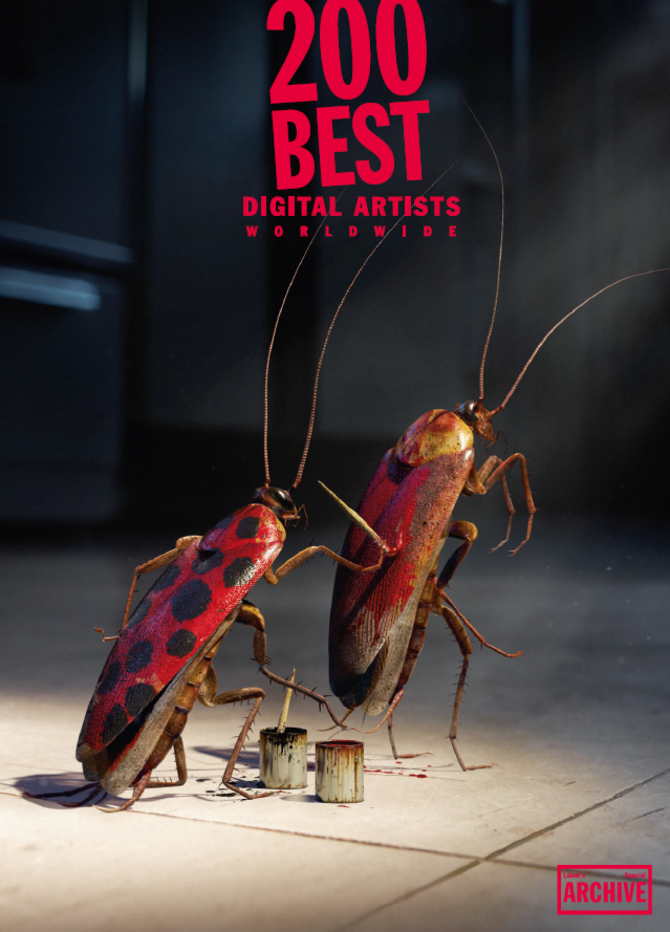 So we dug deeper and got more insistent in our requests to the studios to show us the kind of work where they had created “fantastic worlds” – images, in other words, that could not simply be photographed. We wanted to show in this book the spectacular imaging options available nowadays.

Finally we had amassed some 5,000 submissions from which the jury passed verdict on the 1,200 images preselected for their deliberation. The jury included Anne Telford, freelance writer and editor and former managing editor of Communication Arts whose work has appeared in Émigré, Communication Arts, Step Inside Design, San Francisco Chronicle and Chronicle Books Arts. Anne was a founding board member of illustration conference, ICON, the ninth of which will take place in July 2014 in Portland, Oregon.

“Judging this digital arts competition, I was transported into unimaginable worlds of fantasy,” Anne told me.

“This collection of work is inspirational and magical and made me realise that nearly anything is possible with artistry and imagination.”

Then there was Michael Jostmeier, head of the Design faculty at the Georg-Simon-Ohm University in Nuremberg, Germany. He has been professor for media design and CGI imaging since 1996. He chairs the DFA, the German Photographie Academy, and in 2004 organised the symposium “Das Digitale Bild – Bildung des Digitalen II,” as well as editing the accompanying book of the same title.

As for our third juror, we turned to Chris Christodoulou, CEO of Saddington Baynes, and surely one of the top addresses for digital imaging in the world. He granted us an interview, which appears at the beginning of the book, discussing the history of CGI in advertising and the extraordinary evolution of his London-based creative production studio. (He also appeared in our Who’s Who section online in 2012.)

The cream of the crop comprises a total of 506 images from worldwide, with Germany and the USA, coming out in front with 35 and 30 works, respectively, followed by the UK and Brazil with 15 images each. The entire 416 pages show you what digital artistry is able to achieve these days.