Brazilian masterpieces and a design legend - just a couple of things you can find in Volume 5/2012...


With all the ad festivals going on, I almost forgot to introduce Vol. 5/2012, our brand-new issue, which should be with all our subscribers by now and can be found in bookshops.

Since I don’t really know where the individual print ads I select for the magazine come from, it sometimes surprises me just how many campaigns from a certain country end up in a particular issue. As was the case with our latest issue, in which a whopping 21 print campaigns (out of a total of 85) come from Brazil alone.

We all know of course that Brazil has been a major force in print advertising for quite a long time: I remember when this surge of Brazilian top notch creativity started back in the early 1990s, mainly initiated by ad legends such as Washington Olivetto and Nizan Guanaes.

One of the iconic images of this early period in Brazilian advertising excellence graced the cover of Archive in 1993 (Volume 5 to be precise), and was of course the Guarana diet soft drink campaign by DDB, Sao Paulo, art directed by Marcelo Serpa and written by Guanaes. I remember how all of us, Walter Lürzer included, marvelled at the beauty and economy of the concept, which worked without the trace of a headline – or any line for that matter. Only a picture of the bottle cap.

We later learned through interviews with the creatives that the reason for Brazilians being so strong in this purely visual approach to advertising was that a large part of the population had been, and at the time still was, illiterate - and strong visuals were the only way to reach them.

Brazil also happens to be the country of origin of our cover image, which is taken from a campaign for the 91 Rock online radio station. The strapline of this campaign by JWT, Sao Paulo, is "Rock'n Roll Never Dies" and each motif is marked with a year in which one rock legend died and a new rock star was born. The images were beautifully illustrated by Chilean artist Fabian Ciraolo.

For this issue’s interview, we revisit one of the graphic design legends of our time. It’s none other than Neville Brody who Hermann Vaske first interviewed for Archive back in 1989, when Brody had become internationally known as graphic design’s “punk and revolutionary.”

He speaks of how he parlayed this burst of early fame (he was, amongst other things, the face behind The Face magazine) into a successful career with studios in London, Berlin, Paris and Barcelona, where branding and packaging has been created for the likes of Kenzo and Dom Perignon. As of September 2012, Brody has also embarked on his one-year Presidency of the D&AD and he speaks about the challenges that will face him in the months to come.

The anything but easy task of selecting the 15 most interesting digital works around rested this time on the shoulders of Calle Sjoenell, Chief Creative Director of Ogilvy, New York – again, someone who our readers might be familiar with from our 2010 interview with him and his brother Pelle, who were at the time joint ECDs at BBH, New York.

Oh, and don’t forget to have a look at the Film section in Vol. 5/12. There is a total of 74 spots featured along with QR codes, so you can watch them on your mobiles or tablet computers. I should be very surprised indeed if there weren’t several future Cannes 2012 Film Lion winners among them. 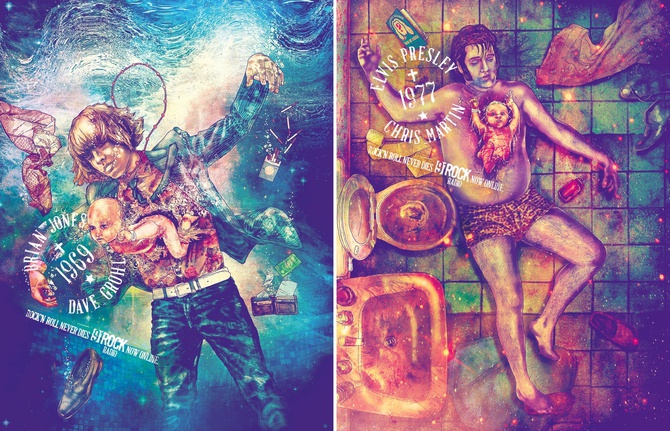 Images: Vol. 5's cover image [left] features Brian Jones of the Rolling Stones who died in the swimming pool of his home in 1969, which happened to be the year Foo Fighters founder and former Nirvana drummer Dave Grohl was born. The other two motifs in the campaign feature Jimi Hendrix and former Red Hot Chili Peppers guitarist John Frusciante, as well as Elvis Presley who died in 1977, the year Coldplay's Chris Martin was born. 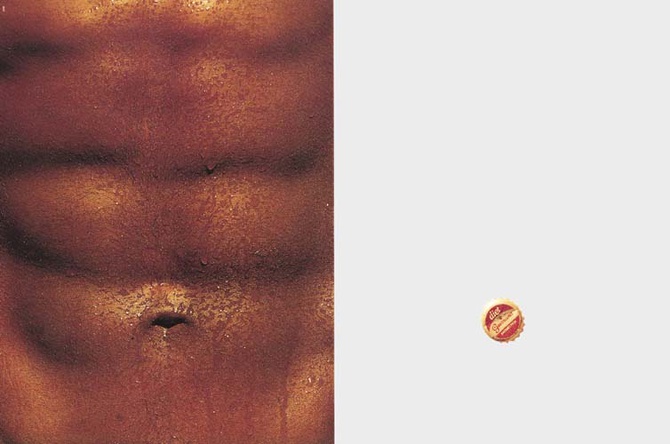