Jonathan Glazer, one of the best commercials directors of all time, has a new feature film out. It’s a sci-fi thriller called “Under the Skin” and stars Scarlett Johansson as an alien who preys on men in Glasgow. Our Editor-in-Chief Michael Weinzettl revisits his career as an advertising director. 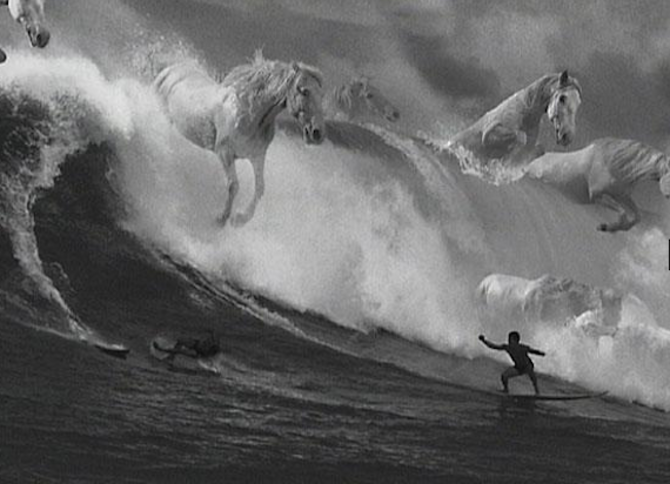 Winning rave reviews from critics, Under the Skin, has been hailed by many as a masterpiece. Loosely based on a novel by Michel Faber, it was written for the screen by Glazer and Walter Campbell.

The latter is of course another legendary name from the ad world. Together with Tom Carty, Walter Campbell was part of the famous duo at AMV BBDO London that gave us such ad classics as Dunlop “Tested for the Unexpected” - the series of Volvo spots that included “Twister”, all of those directed by Tony Kaye - as well as all those epic Guinness commercials that came out in the late nineties/early noughties, chiefly among them of course those by Jonathan Glazer.

The first commercial directed by him ever to be featured in Archive was a 1996 spot for Club Med by BBH London (Glazer was already doing ground-breaking work in music videos at the time for Massive Attack (Karmacoma), Blur (The Universal), Jamiroquai (Virtual Insanity) and Radiohead (Street Spirit).

Next in our Online Archive we find Glazer represented in 1997 with three outstanding – and multi-award winning ­ commercials, one for Nike’s “Frozen Moments” by Wieden & Kennedy, Portland, one for VW Polo, “Protection”, a classic now and discussed in our 2012 interview with its creator Adam&EveDDB’s Jeremy Craigen as well as the Levi’s “Kung Fu” spot for BBH London.

1998 saw Glazer directing the Stella Artois “Last Orders” commercial for DLKW Lowe London and in 1999 he followed this up with what is his most famous work as a commercials director: Guinness “Surfer” which became the most awarded commercial of all time. (It picked up two D&AD Black Pencils, a Gold Lion at Cannes and the top spot at most of the other awards festivals of 2000.)

2000 was also the year in which Glazer made his feature film debut with Sexy Beast, a crime film starring Ray Winstone, Ben Kingsley and Ian McShane. Kingsley's performance was nominated for an Oscar that year and in 2004 Total Film magazine named Sexy Beast the 15th greatest British film of all time.

In the Noughties Glazer directed one award-winning commercial after another: Guinness “Dreamer” for AMV BBDO again in 2001, Levi’s “Odyssey for BBH in 2002, in 2003 Stella Artois “Devil’s Island” and “Ice Skating Priests” for DKLW Lowe, as well as Barclay’s “Evil” starring Samuel Jackson for BBH.

In 2004 Glazer’s second feature film was released; the American mystery drama “Birth” starring Nicole Kidman as a woman who gradually becomes convinced that her deceased husband has been reincarnated as a ten-year-old boy. To me – as well as many critics – the film was a mesmerising experience with scenes from it playing in my head to this day but it flopped at the box office, probably due to what a lot of people perceived as a sensitive subject matter.

Glazer continued his commercials career until today, outstanding examples from recent years are “Last Tango in Compton” for VW Polo (2011) “The Ring” for Audi (2013) and of course a recent Spot of the Week on our website, the Nike Football commercial heralding the World Cup this year.