How Jurgen Egger Ochenius and Dong Hun Lee came up with their award-winning Pattex ad which was recently crowned with our Student of the Year accolade.

When I first talked to Jurgen Egger Ochenius and Dong Hun Lee of Hamburg’s Miami Ad School to congratulate them on winning the 2012 Lürzer’s Archive Student Award, being a curious person, I soon expressed an interest in seeing a picture of them. “We’re definitely no supermodels - actually, we look like Hobbits, but friendly ones!” they said before sending me this: 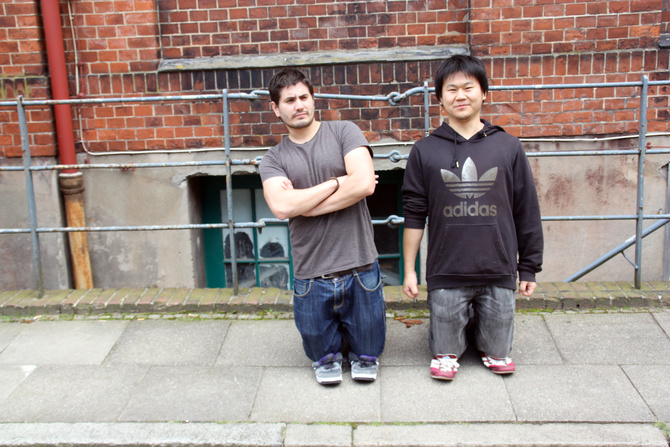 The great Randy Newman’s 1977 hit song “Short People” started playing relentlessly in my head and didn’t stop even after the penny dropped.

Jurgen and Dong Hun’s initial self-presentation goes well with the ad that won them the Student of the Year award (to me certainly the funniest in the seven-year history of the Lürzer’s Archive Student Contest).  I asked them how they came up with the idea of the messed-up assemblage of a tank.

“We teamed up early to work on the Pattex brief, which we already got in the first quarter of attending Miami Ad School,” Dong Hun told me.

“It seemed difficult in the beginning to come up with new ideas. If you check the Internet, you will come across a lot of print ads for Pattex and similar products. But we found that not a single ad that addressed what happens when you actually mess it up with the glue, how annoying it is to get it on your own fingers and trying to get the stuff off yourself.”

“And even worse is what happens when you glue something wrongly,” Jurgen added.

“Because then you have to break it to fix it again. We focused on that fact. Once you’ve glued it, you’re stuck – there is no way back. And Pattex is the strongest glue of its kind! Building this wreck of a model was even more difficult than to assemble a proper one. If you want to do it right, you just follow the manual, but to create one like a real disaster took us a while.”

Asked about their backgrounds, 28-year-old Jurgen Egger said, “Because of my name, everyone thinks I’m German, but I’m not. I come from Chile. I studied advertising at the Universidad del Pacífico there. Then I got my first internship at DDB, Chile, where afterwards I worked as a copywriter for around two years.

“Unfortunately, I got stuck creatively. I was just doing day-by-day work and I wanted more. That is how I decided to go to Miami Ad School. Since I didn’t have money I had to take a detour via Australia with the Work and Holydays Visa.” After jobs such as toilet cleaner, vine pruner and stints in a few ad agencies on small projects, he had saved enough money to fly to Hamburg in October 2010 to embark on the first quarter of his copywriter program at Miami Ad School which has since included internships at Ogilvy, Paris, Jung von Matt as well as JWT, both in Hamburg.

Korean-born and raised Dong Hun Lee, who is 29, reports a slightly more straightforward course that brought him to Miami Ad School: He studied advertising at the Academy of Art in San Francisco before having to return to his native Korea and complete his military service. After that he looked at his ad portfolio from university and described his work as “something from an ancient cave!” so he decided to go back to school.

“I was born in Asia and got my BFA in United States,” he said.

“I wanted to have another cultural shock and went for Europe - and it was a great choice!”

During his time at Miami Ad School he also did internships at Ogilvy, Paris, Jung von Matt Fleet in Hamburg as well as Razorfish, New York.

I also asked them about people who had a great influence on their lives so far. Jurgen said: “There is one person I really admire and it’s Ingrid Lira, Creative Director at BBDO, Chile. She was my first Creative Director ever - that’s already six years ago.

“She gave me the opportunity to work with her in her team, and I guess I didn’t disappoint her. A lot of what I learned was because of her and, what can I say, she is an amazing creative!”

“He’s definitely a great creative, but to me he is a great mental mentor! He always plants some seeds of hope in us to get us in a positive mood! Also, I always wanted to thank Sir John Hegarty. I really appreciated when he told me: “Good is the enemy of great. Never give up!” And there is AKQA’s Rei Inamoto whom I had the chance to meet at Portfolio Night. He gave me exactly what I needed to do better work. One day I want to be like those people who can be mentors and provide so much inspiration to others.”

The pair told me that as soon as they finish Miami Ad School in September they would be off to find a place to tame Lions for next year’s Cannes festival. I have no doubt that smart recruiters for ad agencies all over have already started singing: “We all want some Short People around here!” 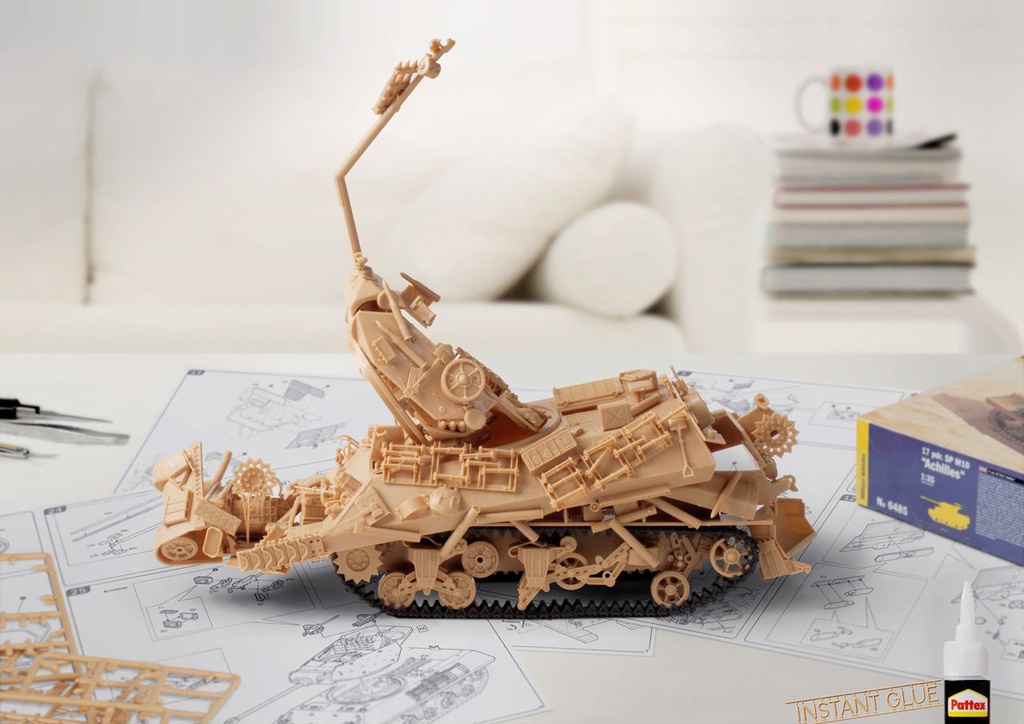 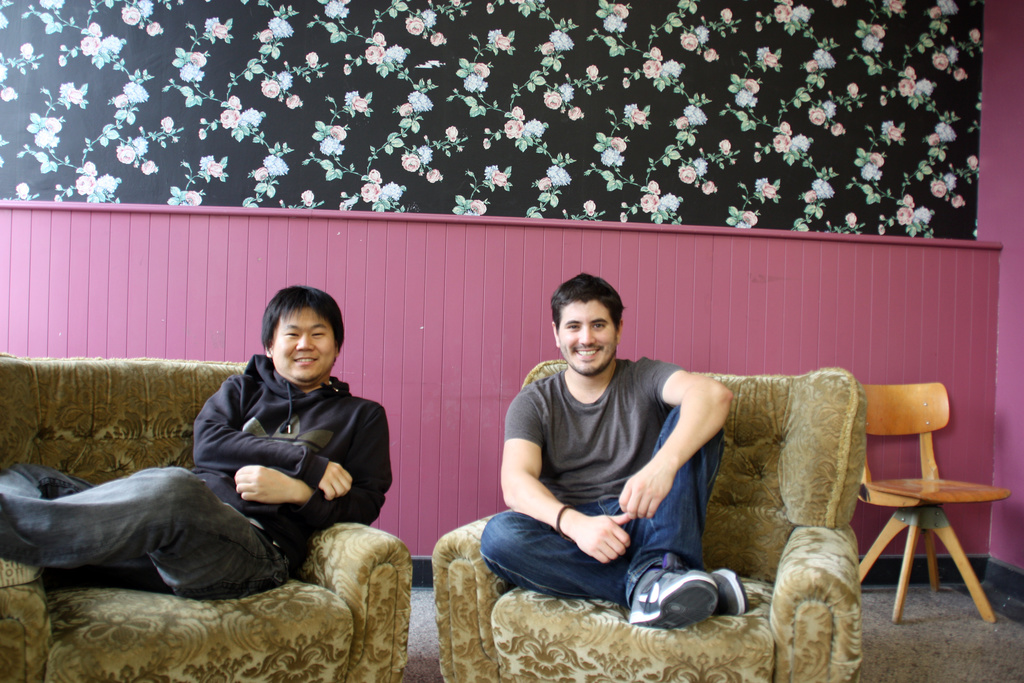 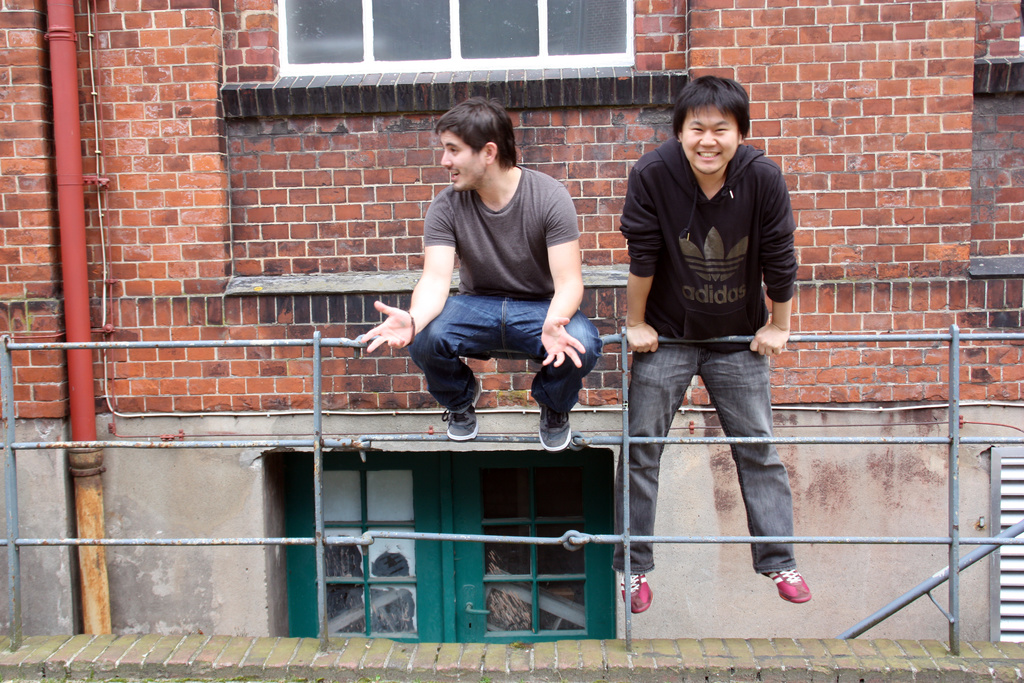