Michael Weinzettl catches up with Lürzer’s Archive CEO Sandra Lehnst who is at the Cannes Lions festival. Plus the latest from our Cannes 'Archive Creative Club' where Toby Talbot shares the secret to getting those creative juices flowing. 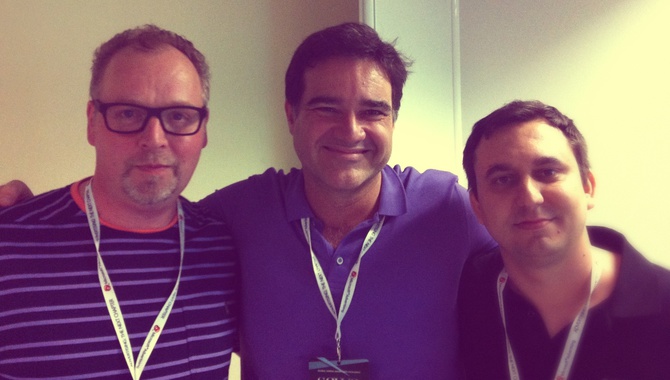 Being a bit of an ad-festival-phobe, I was greatly relieved when our CEO, Sandra Lehnst, volunteered to attend Cannes this year on our behalf.  Apart from having a booth at the Palais des Festivals, our contribution to the proceedings there consisted of two ‘Archive Creative Club’ workshops both on the subject of “How great ads are created”, presented by Toby Talbot (ECD of RKCR/Y&R) and Sergio Valente (President and CCO, DDB Brasil).

Our speakers talked about their own creative work, how they find inspiration and also discussed their favourite ads in the latest issue of Lürzer’s Archive. After the first workshop ended on Thursday, I caught up with Sandra on Skype about her Cannes experience so far.

“The workshop went really well,” said Sandra. “Amazingly well attended too, considering that schedule-wise it faced some stiff competition from Saatchi’s New Directors Showcase, which is one of the most popular events during the festival.”

Toby, who we interviewed earlier this year, gave advice on what to do before starting the actual creative process.

"Start by setting fire to all your awards annuals," he began. "Your job is to be original, not copy. Read the brief - then set fire to that too. The answer isn’t in the brief, it’s in your head. Leave the office; if they won’t let you - set fire to it.

“Go to the movies: popular culture is essential,  inspiration is essential  - movies deliver both. Go and see exhibitions - lots of them. Read books.  Spend time in book shops. It’s cheaper than buying books.

He added: "Or just lie on the ground and look up at the sky."

You can imagine how well that went down with the audience. Our CEO said there was lots of applause and laughter throughout.

Lions winners were announced throughout the week, with the final categories to be announced this Saturday, including the Film Craft and Titanium & Integrated Lions.

"What was great about Cannes this year was the fact that the majority of the Grand Prix and Gold Lions winners in Outdoor and Print had already been featured in previous issues of Lürzer’s Archive before," said Sandra. "I suspect it won’t be any different with films."

"Also, the long line of people queuing up in front of our booth to get hold of our special Archive T-shirts displaying credit symbols, which is really an extension of BBDO Moscow’s “Great Ads".

"And of course, people's reactions to the “Untouchable Covers” campaign. Leo Burnett, London, and Ben Gough in particular did an absolutely awesome job and we’ve had an enormous response from the press about them. Some people at the booth wanted to take home all six. Cockhandler and Spreadsheet Enthusiast were the most popular!"

As well as our booth, Lürzer’s Archive has been particularly active on social media channels. A gigantic twitter banner bearing the Cannes Lions hashtag has graced the façade of the Debussy Theatre in Cannes this week, indicating that social media was going to play a significant part in covering this year’s festival.

Twitter’s CEO spoke at Cannes on Wednesday, saying: “The reality of the world we live in now is that friction between time and space has been obliterated. Though the immediacy comes emotion... Twitter brings you closer.”

And with Twitter’s creator and co-founder, Jack Dorsey, being named Cannes Lions Media Person of the Year, it was just rude not to.

Archive’s web team has been using several platforms, including Twitter, to cover #CannesLions, delivering regular updates on seminars, winning work and the creatives we’ve bumped into. As well as this, you can now find us on the image sharing platform Instagram, which we joined at the start of the Cannes Lions festival. We have already gained hundreds of new followers in a matter of a few days and if you’re a creative who stopped by our booth, there’s a good chance your face is on there!

With so many attendees sharing their Cannes images (both work and play), we also decided to crowd source our favourite ones onto our ‘Cannes Lions 2012’ Pinterest board which we will update throughout the festival. Check it out to see if your picture has made it. 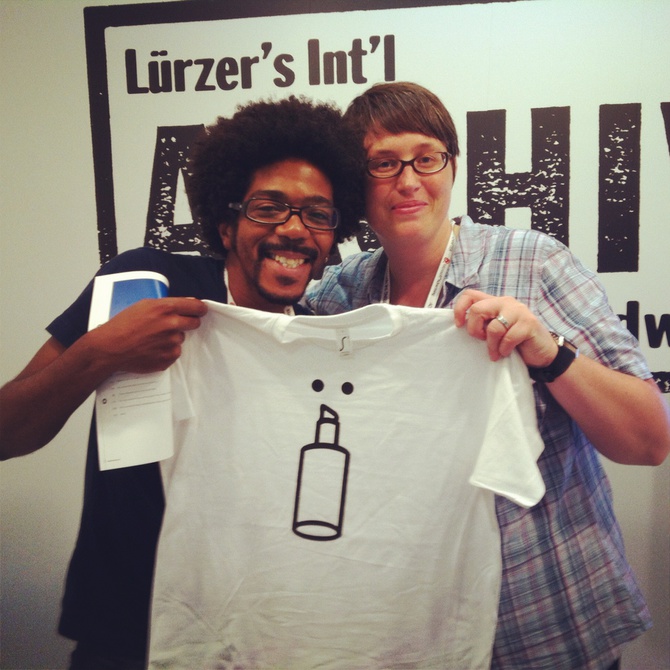 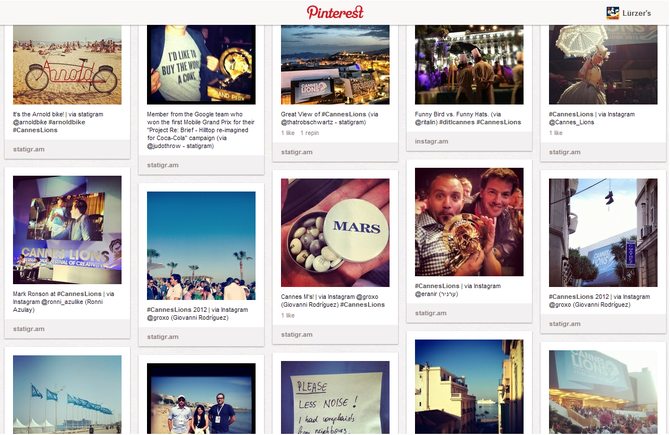 Image: Crowdsourcing some of our favourite #CannesLions images on Pinterest. 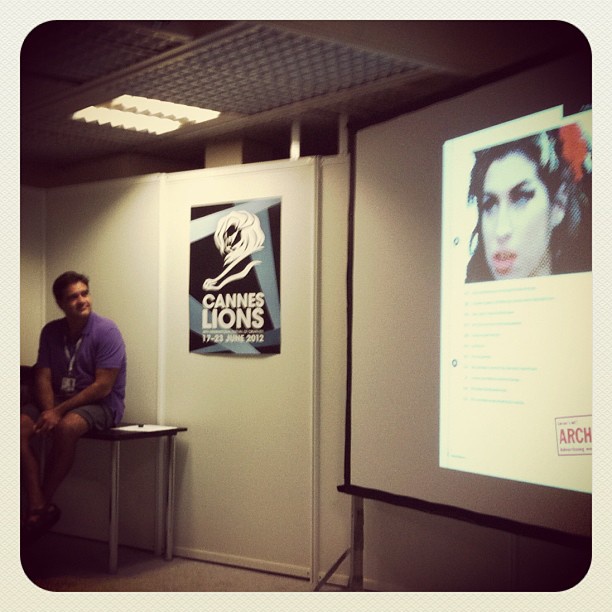 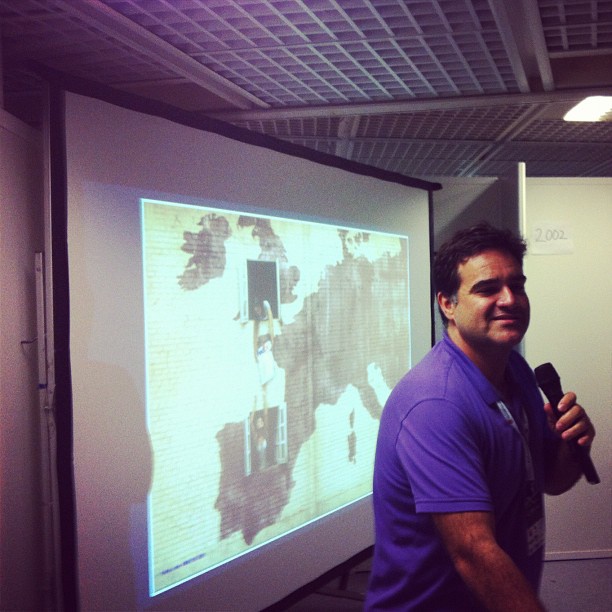 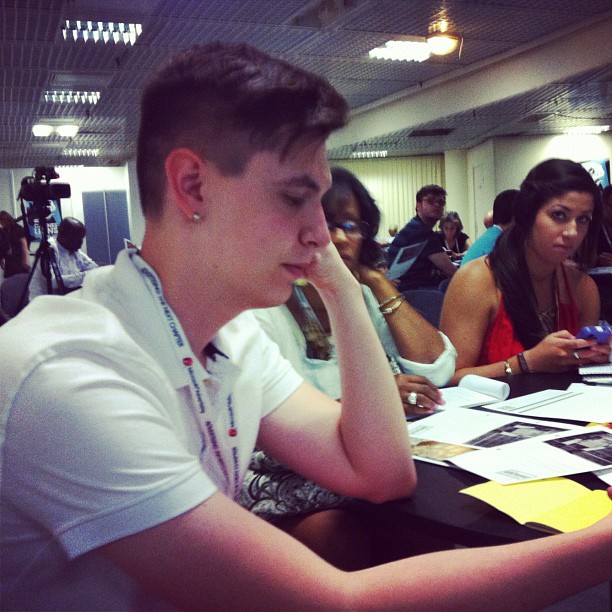 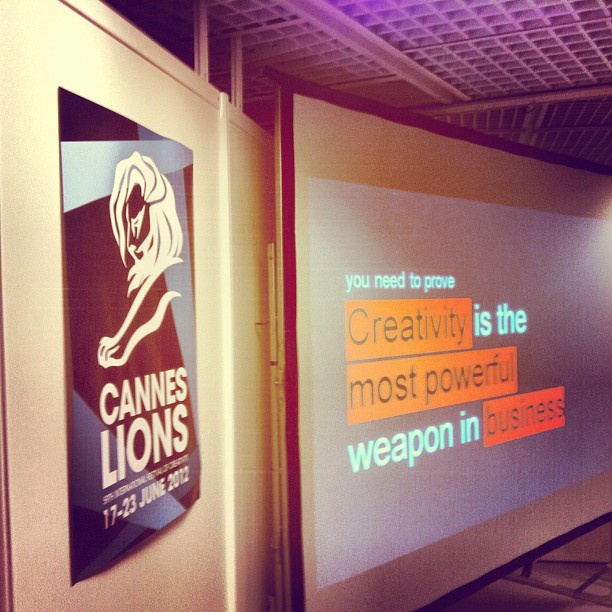 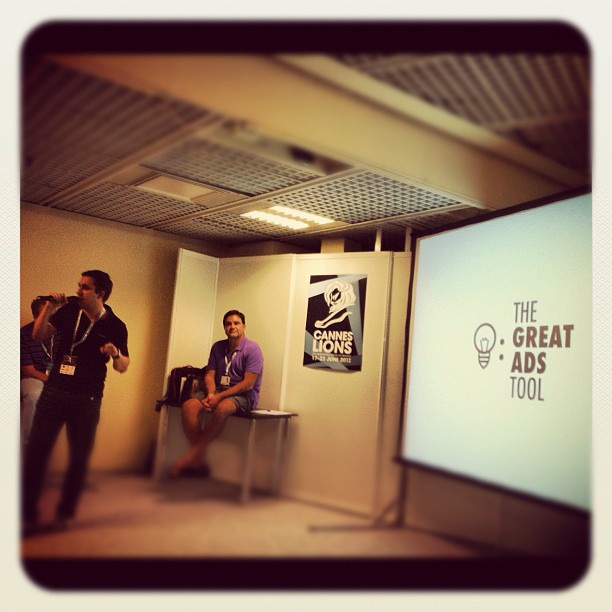 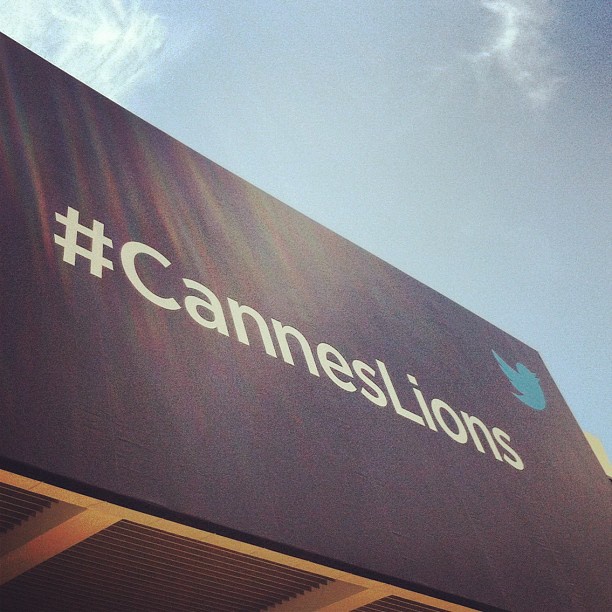