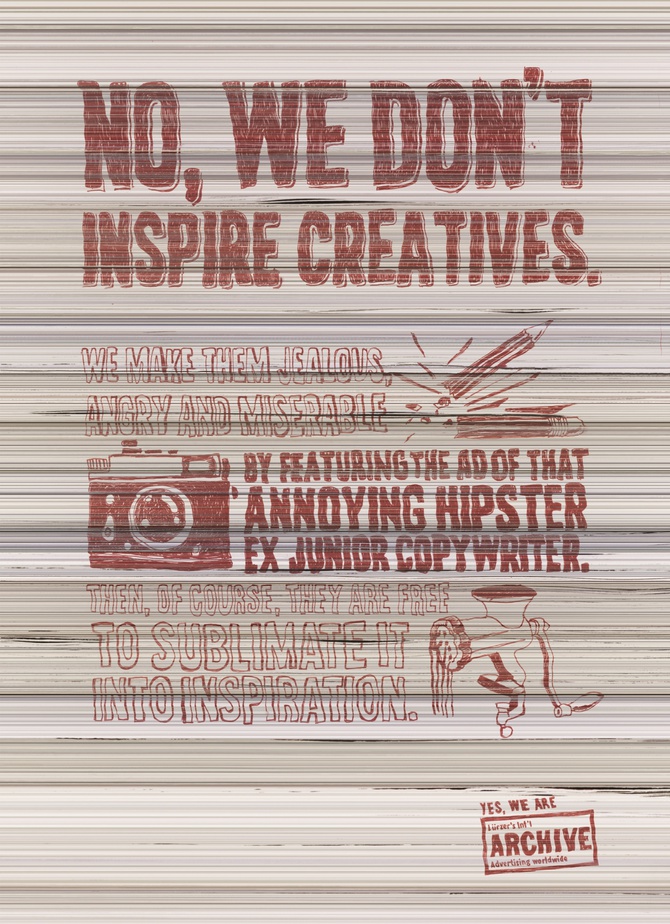 Last year, I told you about Milk and talk of an interesting campaign idea for Lürzer’s Archive. A couple of the now completed print ads and banner have already run in the first issue of Contagious quarterly and in Advertising Week Europe’s guide. You’ll be seeing more of them in other publications (as well as our own, of course), over the next few months.

“When you asked us to come up with this campaign, we were thrilled,” says senior copywriter, Antonio Bechtle. “You guys normally work with the best agencies in the world, and now, suddenly, our little agency of 20 people in a tiny country in the middle of the Baltics was responsible for your next campaign. We felt so special - and scared.”

Creative director Rimantas Stanevicius told me about the challenges of creating the ads: “An iconic product such as Lürzer's and a picky target audience like ourselves; the first challenge for us was choosing the right message.

“Technically, our task was to remind ad people that Lürzer's Archive is an inspiration for creatives around the globe. That it’s a collection of the world’s best ads in one place. That it has a unique ranking system and holds the contact details of the people whose work it features. Plus, we wanted to promote its recently launched app for smartphones and tablets.”

It was clear to the creative team that the campaign had to address many points, so they initially tried to select just the one: that Lürzer’s Archive inspires creatives. But how were they to freshly visualise this and get it across without being obvious or bragging?

“From our own experience, we knew that sometimes the magazine does quite the opposite,” says Bechtle. “You flip through the pages and see all the good things you actually cannot do anymore. Somebody got there first, so that’s it. Then you look at the credits below and feel even more miserable - you know the guy...

“Eventually you get over it (or retire and go kite surfing to Asia) and convince yourself that the magazine serves more like a benchmark of quality. You know that your ad has to be this good or better, but different.”

The Vilnius-based agency’s solution? Do exactly the opposite.

“Instead of saying ‘I’m beautiful’, we went for ‘I’m not beautiful - it’s just that the others are uglier’,” says Stavenicius. “In addition to the “WTF” effect, the concept was highly flexible and could be applied to almost any feature or benefit we wanted to address.

“Finally, we created a campaign of eight ads, totally geeking out in some of them. For instance, in one, we refer to an actual print ad featured in the very first issue of Lürzer’s Archive from 1984.”

The campaign was art directed by Marius Kneipferavicius, who had tried out five different styles for the ads.

“We’re not too fond of super production – perhaps because we’re not used to having them in our market. We like to do our work in a kind of homemade style. And I think we are proving that it’s perfectly possible to handle a global campaign for an important client from any part of the world.”

For the illustrations and photography, Milk selected local talent, Vytis Vasiliunas and Alina Agarkova, respectively, who did the macro photos of magazine piles.

“We were there with Alina, shuffling the magazines after every photo, so they didn’t look the same all the time,” adds Kneipferavicius. “Finally, our digital artist Adomas Jazdauskas did the magic. In all, lots of magic and very little sleep!” 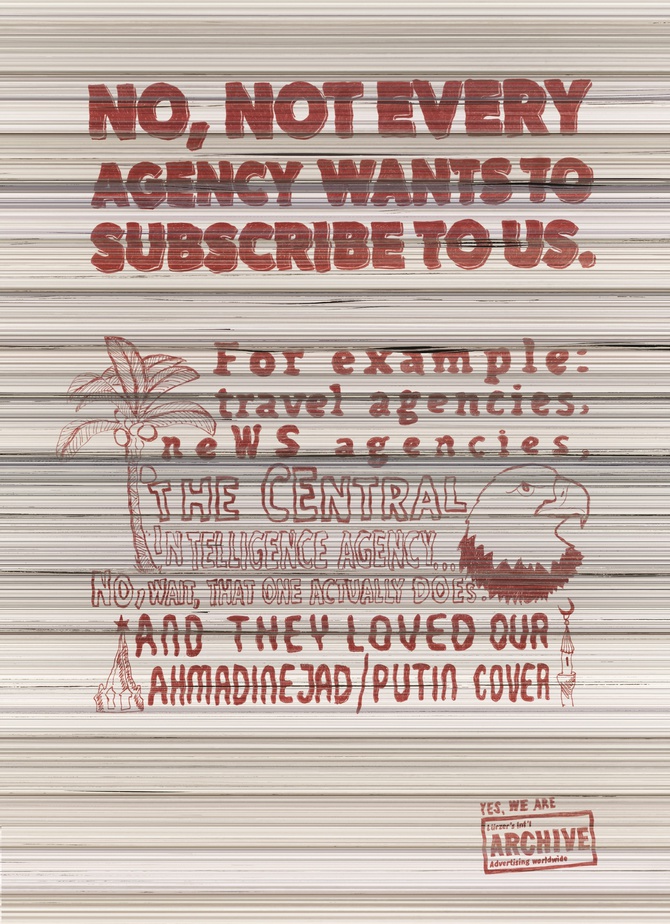 See all eight print ads in the series on Pinterest. 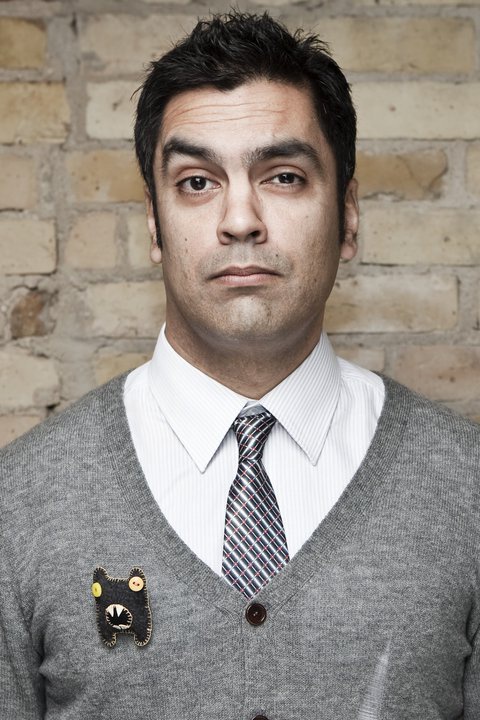 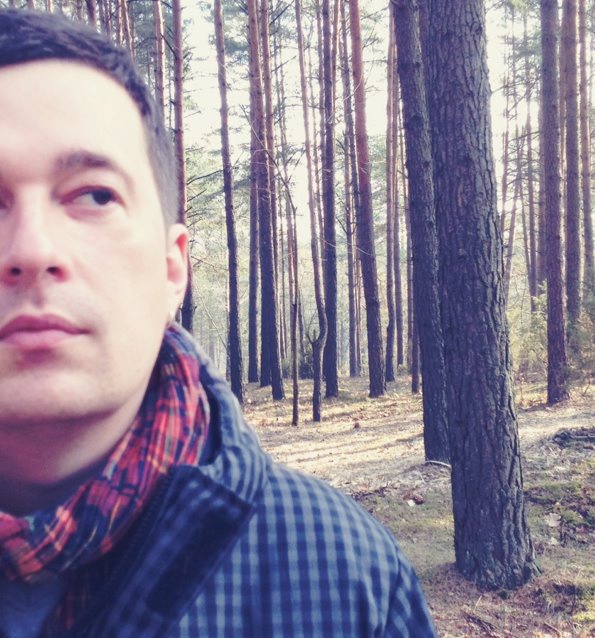 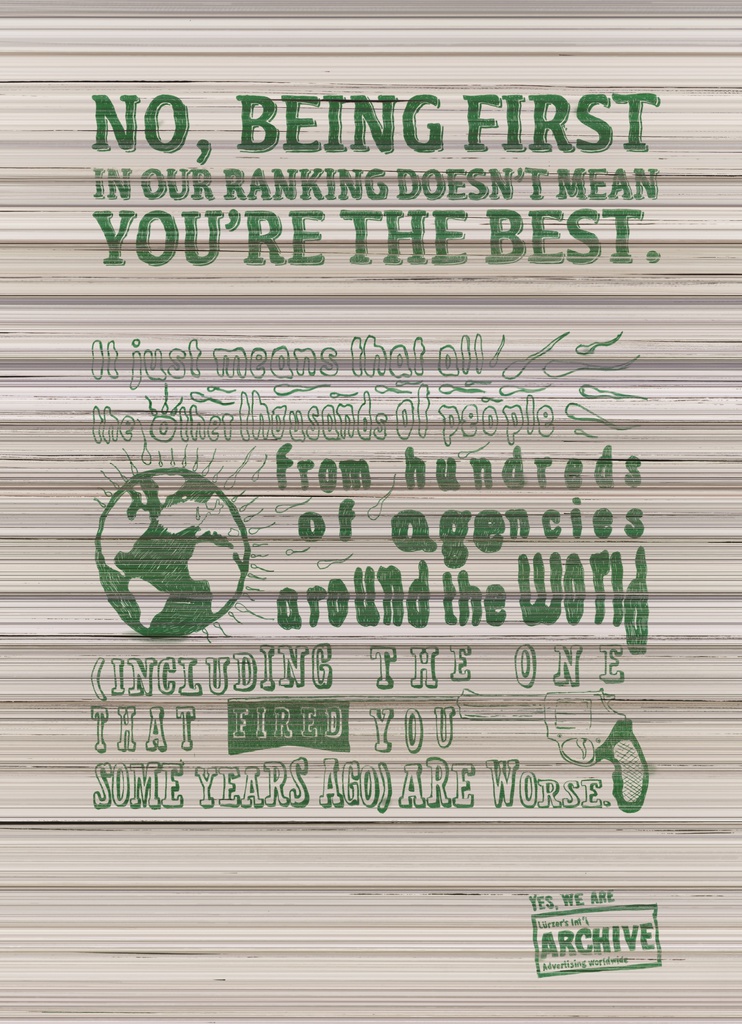 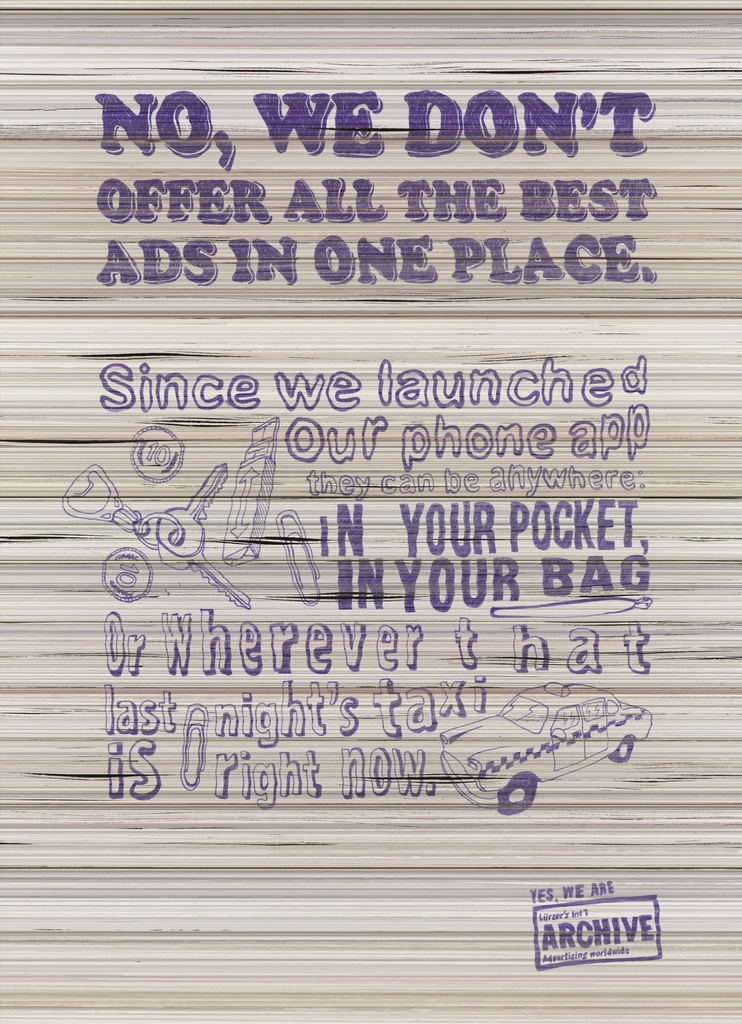 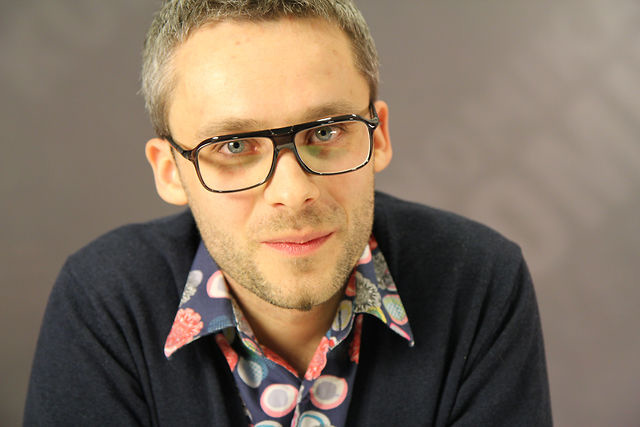