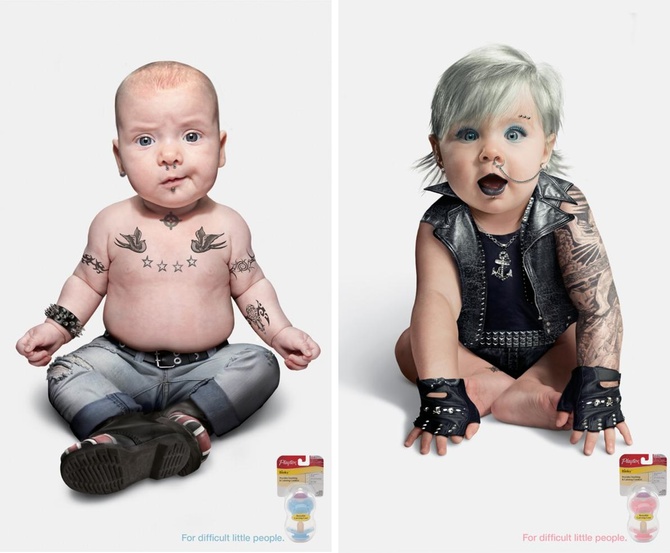 I found myself glued to the computer on Tuesday night, watching Vogue’s live-stream of the New York Met Gala Red Carpet, of which the punk theme Anna Wintour had endorsed.

I’m always strangely fascinated by awkward moments happening on such grand scale spectacles (touted as Fashion’s Academy Awards, or even the Super Bowl)  and this fascination was fed every other minute when yet another celebrity, decked out in their interpretation of punk fashion, got interviewed by two moronic figures.

One, US model Hilary Rhoda, looked amazing but proved totally inept at pulling off an even halfway decent celeb interview. She had a repertoire of phrases –“You look amazing. What’s the dress? “What’s your favorite punk song?” –, which eight out of ten celebs couldn’t answer – including whether they went through a punk phase in their lives.

The latter led to such blood-curdling anecdotes such as climbing out of the window of their parents’ house at night.

Billy Norwich, a former Vogue contributing editor also did interviews, compensating his lack of size by gushing to high heavens. He actually had one more question on his list which asked “how long are you guys staying in New York?” which as they were posed to these jet-setting celebs sounded odder and odder by the minute.

Worst of all, he made the cardinal mistake of shutting off Vivienne Westwood, one of the cornerstones of the emerging punk fashion movement way back when she and Malcolm McLaren had their shop on King’s Road (duplicated at the exhibition as well as the loo of famed New York club CBGB’s).

Westwood seemed to be the only one at the Gala not content with simply parading in her gown. She actually tried to make a political statement. Blithely ignoring Norwich’s query “What are you wearing?”, she pointed to what she referred to her “jewels” - a plastic wrapped photo safety-pinned to her dress.

It showed Bradley Manning, the intelligence analyst who stands accused of sending classified US documents to WikiLeaks. “I’m here to promote Bradley” she said, “ … he needs public support for what’s going on with secret trials and trying to lock him away and he’s the bravest of the brave and that’s what I really want to say more than anything. Because punk, when I did punk all those years ago, my motive was the same: justice and to try to have a better world. It really was about that. I’ve got different methods nowadays.”

That proved too much of a political agenda already in this vacuous vanity fair context and Norwich quickly had the video cut to Hilary Rhoda who once again was caught standing there like the proverbial deer in the headlights, then panicky asking the next beauty “What’s your dress?”

All of this made me reflect on how the punk aesthetic - steeped in shock value, revering what was considered ugly and designed to disturb and disrupt mainstream society - was stripped of its original meaning from the moment it got swallowed up by the mainstream (which leads to ads like the series for Playtex pacifiers).

It is obvious that advertising could never embrace the politics of punk in its anti-fashion as well as anti-consumerist stance. So the only thing left to play with  were some of the surfaces and there are plenty examples of ads that use some of the “hollowed-out” punk’s aesthetics.

As for “punks” themselves, they appear in commercials only as “the other” – humorous figures who are set up to reflect perceived anti-social tendencies but in fact often turn out to be the ones upholding society’s rules.

The greatest of these commercials is no doubt John Webster’s “Point of View” spot for the Guardian from 1986, featuring a skinhead. And the funniest - possibly one from 1987 for Oslo Public Transport.

In print ads, a punkish flair was often adopted particularly in the eighties and early nineties such as the one by Parisian transport operator, RATP, who uses graffiti, an element associated with punk.

Another quite beautiful print example that plays with punk imagery is a 2007 Thai ad by Bangkok agency, Jeh, for the Lolane Head Up brand of hair styling products - and not only because of the giant Mohawk central to the image (used for the title image above).

The background of the ad reminds me a bit of the typo normally associated with punk, namely Swiss Punk Typography, which was was first developed by German-born Wolfgang Weingart and popularised in the US by one of his students, April Greiman under the name New Wave. From Greiman's "hybrid imagery" to David Carson's deconstructive page layouts, punk-influenced anarchy reigned supreme in the graphic design of the nineties. Since then, however not a whole lot...

Recently, however, for the New Books section in Vol. 4/2012, I came across the book “Pretty Ugly” published by Gestalten and claiming that “The unusual or negatively perceived forms and colors, and perspective shown here may still be considered by some to be ugly, but they are already influencing the creative vanguard of the future.”

It may come as no great surprise that this “vanguard“ expression is, in many of the examples, nothing but those good old Punk/New Wave aesthetics recycled. 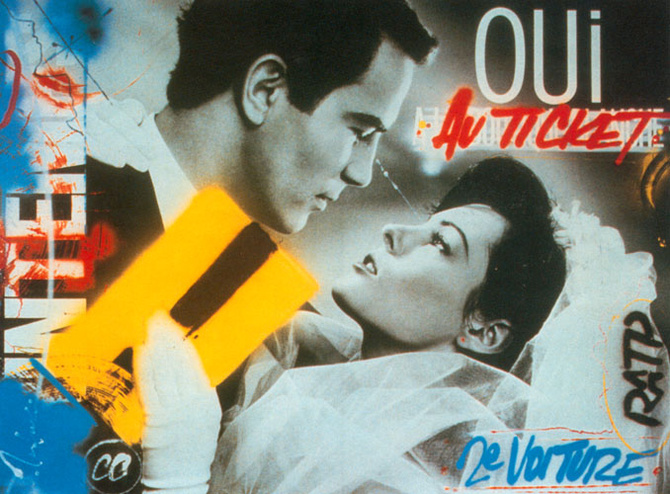