"As I’ve said before, it is foolish to look for anything even remotely innovative or original in these expensive showcases..." - Find out what Michael Weinzettl thought of 2014's Super Bowl ad offerings. 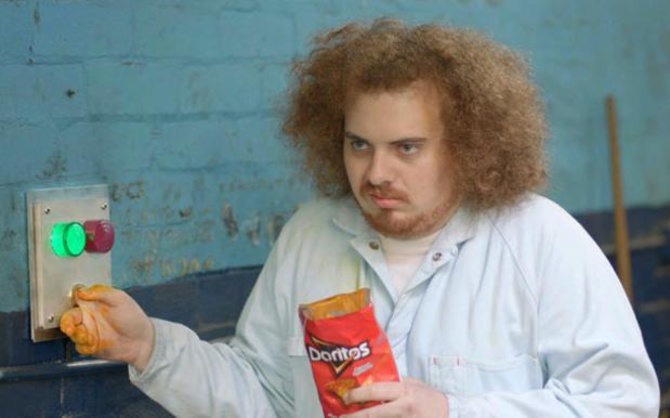 This week’s Spot of the Week was one of the finalists in this year’s ‘Crash the Super Bowl’ challenge, for which Doritos once again asked their fans to enter their own ads for a chance of winning $1 million prize money and to see their advert aired on Game Day. This year the competition was basically open to the whole world and “Finger Licker” came from Australian, Thomas Noakes.

Of course it didn’t turn out to be the winner – or even the runner-up. Too edgy for that (or gross, some might say) but, above all, clearly lacking the two things that at times seemed to be the sine qua non of this year’s Super Bowl ads – dogs and kids.

Dorito’s winner, “Time Machine,” a sweet-enough commercial by filmmaker and professional photographer Ryan Thomas Andersen, allegedly cost 300 bucks to make. It stars his own pre-teen son and Golden Retriever. The runner-up “Cowboy Kid”, which was awarded a $500,000 cash prize, also featured a dog as well as kids.

And the most popular spot of the evening turned out to be Budweiser’s “Puppy Love,” – the title taken literally tells you all – which was engineered for maximum crowd-pleasing and cuteness by Anomaly, New York.

As I’ve said before, it is a bit foolish to look for anything even remotely innovative or original in these showcases, of what the New Yorker’s Ian Crouch has fittingly called “the meta-ad – the kind of spot in which someone reminds the audience that they are watching a super expensive Super Bowl ad.”

To me the creative desperation - and the kind of ‘horror vacui’ that seemingly befalls those trying to fill those very expensive 30 seconds - were especially palpable in a couple of spots:  Bud Light’s “Ian up for whatever”, which featured an ill-advised Arnold Schwarzenegger in Bjorn Borg drag as well as actors Minka Kelly, Don Cheadle and, to top it all off, pop group OneRepublic performing. 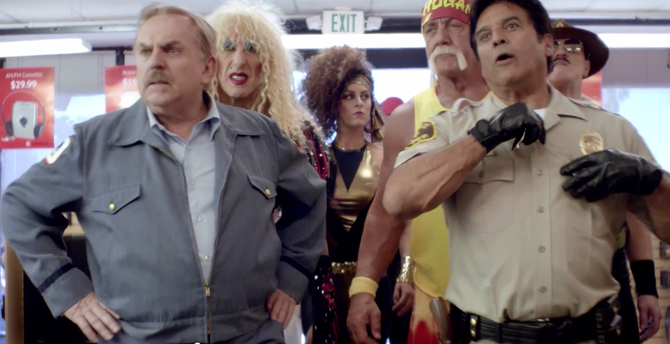 The other was RadioShack’s “The Phone Call” ad by GSDM featuring a whole cavalcade of 1980s semi-stars and icons, among them Hulk Hogan, Dee Snider of Twisted Sister, Devo and – as an ad reference to that decade - the California Raisins. It was quite fun actually to spot all the pop cultural references but I’m still not quite sure what that extravaganza was really all about.

One of the more pleasant experiences to me was the Coca-Cola ad from Wieden+Kennedy, which – as opposed to most other commercials that night – did have an idea, namely celebrating the beauty of America’s diversity through a multilingual version of the song “America, the Beautiful.” As you might know by now, this led to a huge racist Twitter backlash.

Another couple of spots I quite enjoyed were Cheerio’s “Gracie” featuring a multiracial family, and Hyundai’s “Dad’s Sixth Sense”. Both were comparatively simple affairs, but funny, beautifully executed and with concepts that made sense.

Overall, however, when it comes to this year’s crop of Super Bowl ads I’m reminded of the line, “You can’t fake true cool,” spoken by Bob Dylan in his Chrysler commercial appearance – a rather pointless affair compared to the car manufacturer’s previous Super Bowl offerings “Imported from Detroit” and “Half-time in America”.