THE TOP 7 STUDENT ADS VOTED BY YOU

The results are in for our annual ‘Student of the Year’ readers poll. Over 5,000 of you voted. Michael Weinzettl presents the top seven ads selected by voters.

1. The most popular ad according to our readers was for the Shazam app by the team of Amit Shimoni, Danielle Lee Vardi, Tal Leshetz from the Bezalel Academy of Arts & Design, Jerusalem. 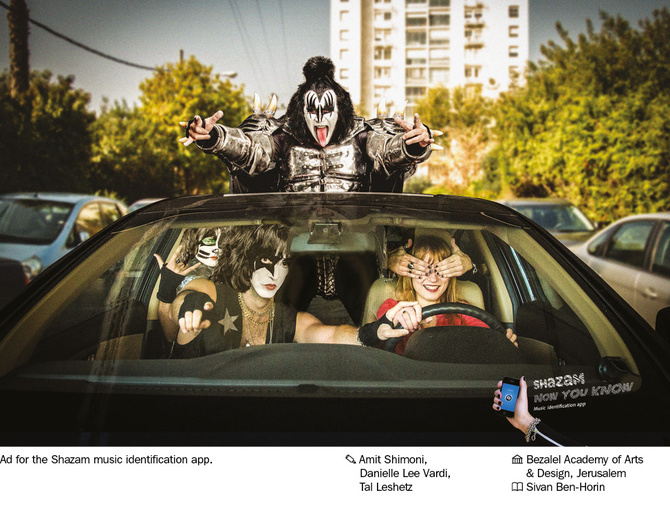 2. Second came this witty ad for Viagra. It was created by Tony Ziebetzki  student at the Fachhochschule Potsdam (University of Applied Sciences), Potsdam, Germany. 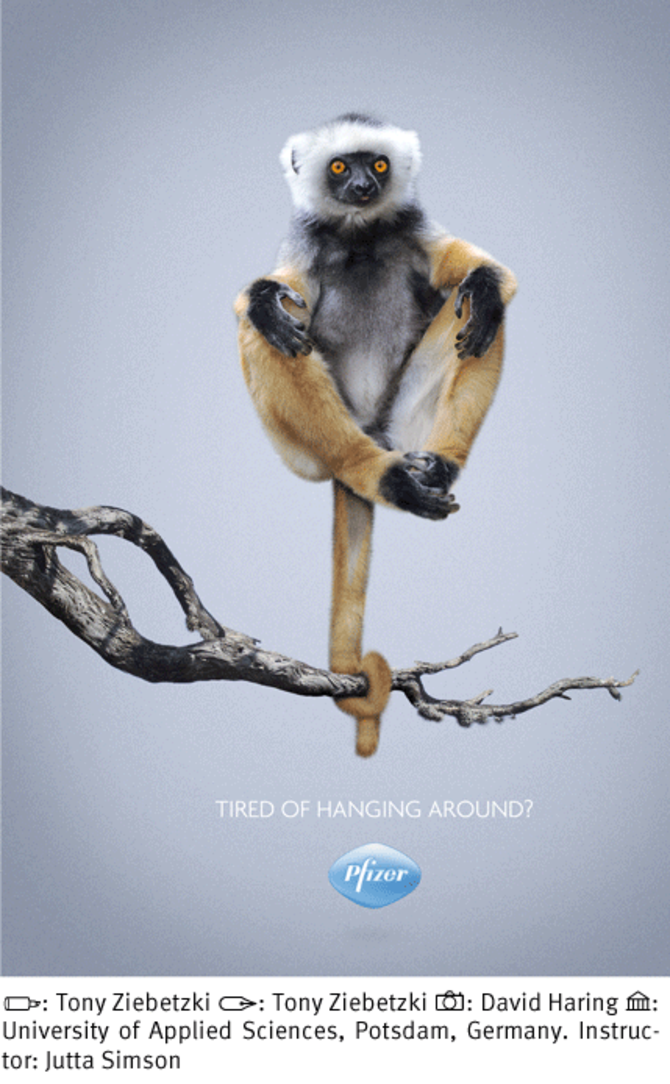 3. Bernardo Torres of Miami Ad School, Istanbul created this ad for Nutella chocolate spread which of course references Michaelangelo’s famous fresco of the creation of man as it appears on the ceiling of the Sistine Chapel in Rome. 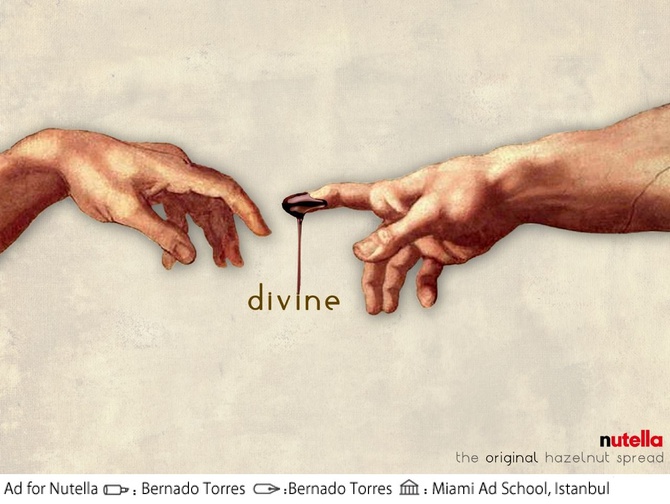 4. Moritz Conzen of Miami Ad School Europe, Berlin did an ad for a cruises offered by TUI, Germany’s biggest travel agency. It comes with the headline: “With the right perspective, things become less important. On the horizon of this view from the ocean appears the phrase: “Your roommates are throwing the most epic houseparty.” 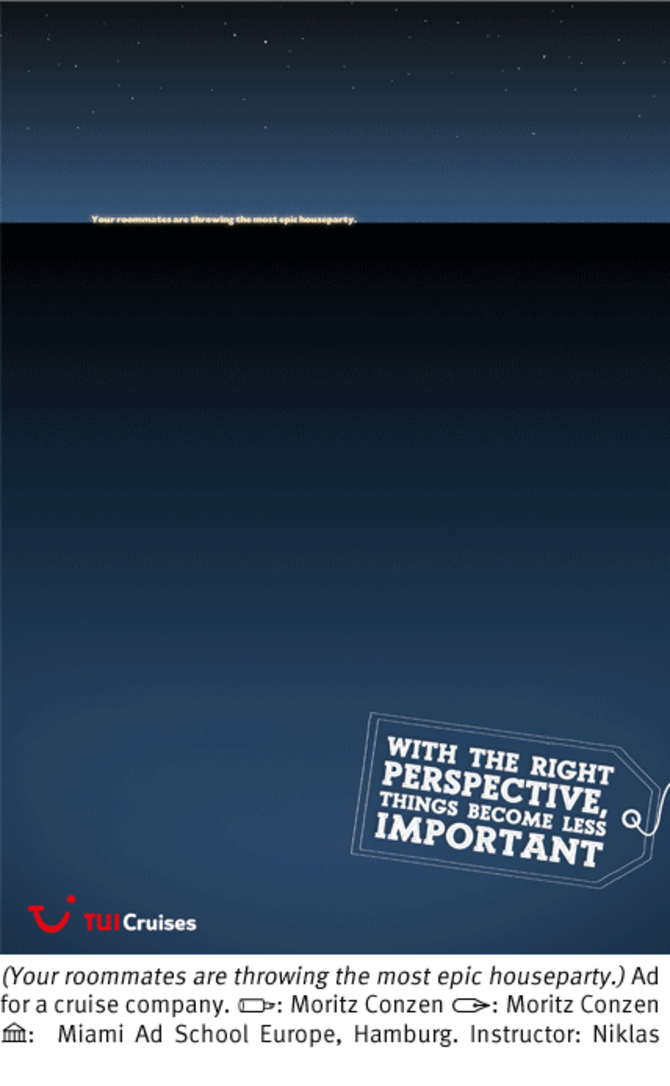 5. This ad for Cheapnik brand jeans. It shows a pair of jeans and the label bears the imprint: "Not for sale to anyone under the influence of celebrity endorsement." 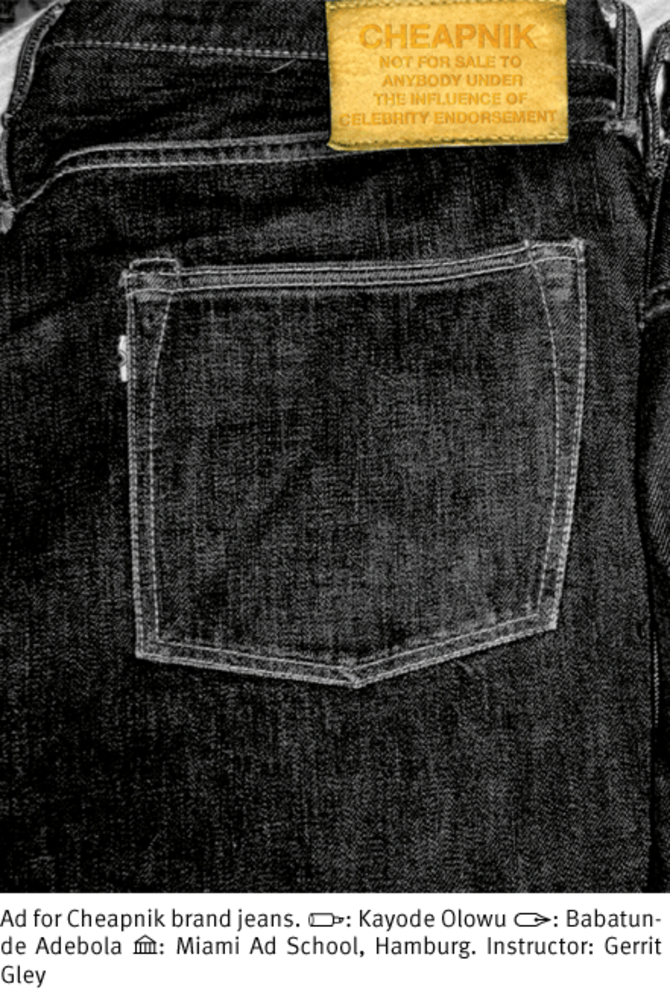 It was created by Nigerian student team Kayode Olowu together with the late Babatunde Adebola (see last week’s Editor’s Blog where we pay tribute to one of the brightest creative lights from West Africa whose life was tragically cut short a couple of weeks ago) during their time at Miami Ad School Europe, Hamburg.

6. This ad for Band Aid first appeared in the Students Contest section of Vol. 4/2013 and is actually the first student ad that I thought beautiful enough  to consider for the issue’s cover. It was created by Rogerio De Castro and Pedro Rosas – both of them students of Miami Ad School ESPM, Sao Paulo. 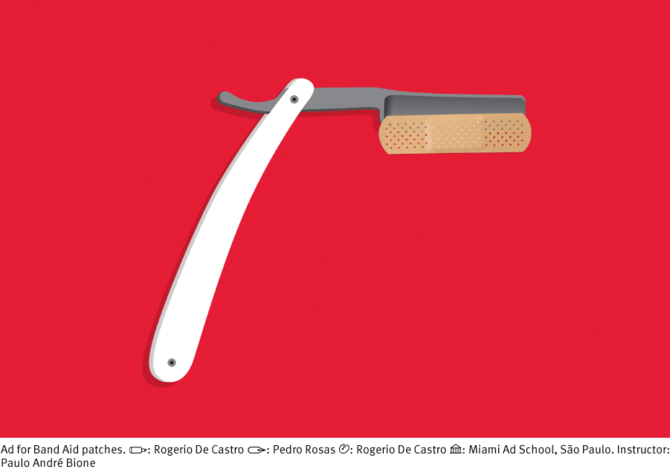 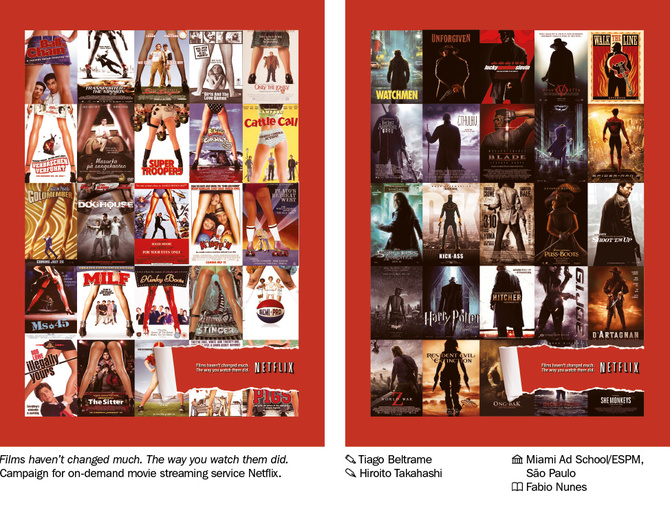 They were voted on individually. Their combined votes would come out on top of the poll. The campaign uses movie posters and DVD covers for films to point to the formulaic similarity of standard Hollywood fare (or at least the way they get marketed). Headline: “Films haven’t changed much. The way you watch them has.”

It is from these seven contenders that a small jury, consisting of last year’s Students of the Year, Bruno Faria da Rocha and Victor Malaguti; as well as Francisco Vallé, the highest ranking art director in our three-year Ranking, will join me in selecting this year's winner. Stay tuned.