Wondered how advertising works get crowned with a grand prix? From selection to wildcards - Michael Weinzettl takes us behind the scenes of this year’s Epica Awards judging process. 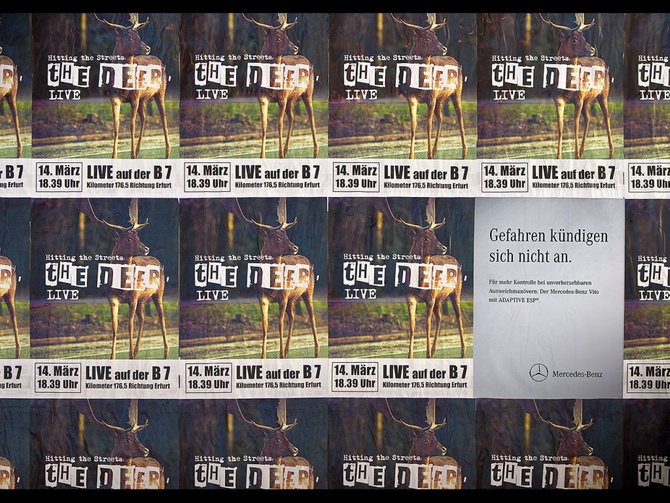 I spent the better part of last week in Paris at the jury of the 26th Epica Awards.  For the first time, the Epicas had officially gone global and before pre-selection had received a total of 3,900 entries from 649 agencies and production houses in 62 countries. Among the newcomers were Australia, Nigeria, the Phillipines, and the US.

It took from Tuesday afternoon to Thursday night to go through all the work. These first days I always find pretty grim as there is little interaction, let alone discussion among the 26 jurors (all trade journalists and not allowed to vote for work from their magazine’s country of origin). We just sit there in a big darkened conference room and press buttons on a machine, casting votes from one to ten whenever an entry – print, outdoor, film, interactive – comes up on the screen.

The interesting part of the whole affair (for me at least, who has seen the lion’s share of work before as submissions to our magazine), only starts Thursday night when we discuss the results of the machine voting and decide in which category we have a clear winner and what entries to re-show (in cases where the runners-up are come within a very close range to the highest scoring work).

There is also a so-called ‘wild card’, which means each jury member can re-introduce a submission that they believe has been voted unfairly or perhaps not been understood when screened the first time around. I made use of my own ‘wild card’ for the Mercedes Trucks “Danger doesn’t announce itself” (featured in Vol. 5/2012 of Archive) by Scholz & Friends, Berlin - a lovely campaign, which had received a somewhat poor rating the first time around.

When reviewed against its competitors on Friday, the final day, and now discussed and re-voted by the jury, the campaign easily won the Gold Epica in the Automotive & Accessories category.

As for the other winners, there were not many surprises for me and most of them have already been featured in the pages of Archive over the past months.

I was happy that this quite wonderful spot produced by the client directly with the film production took the top honours - fearing for a while that the jury might be swayed to vote for Canal + “The Bear” by Euro RSCG Paris. A great commercial, no doubt, but one which has surely won enough top awards already.

The press Epica d’Or went to DDB Helsinki for their McDonald’s “Large Coffee” campaign. I must admit I didn’t vote for it to be the winner. I keep having a lingering doubt about the originality of the visual. I couldn’t prove it but it seems that I have seen something very similar before. (Believe me, having been selecting ads for Archive for 25 years this type of thing does happen quite frequently).

Since I couldn’t put my finger on it, I abstained from mentioning this during the jury meeting, knowing that this, whether substantiated or not, always kills a submission's chances right away. As happened with the “Girl Hub” ad by DDB Lagos, which I was hoping might win the top award in the Social category until an Italian journalist cried "done before." (It won Silver in the category).

He didn’t elaborate any further but his interjection still influenced the jury enough for them to award BBDO Germany’s ISHR (International Society for Human Rights) "Hangman" campaign with top honours instead. (As if the hangman theme hadn’t been done countless times before.)

Among the pleasant surprises was the interactive Epica d’Or going to Leo Burnett Detroit for their work in defence of the Troy Public Library entitled “Book Burning Party”; a first-time Epica Grand Prix for the USA and a great example of what interactive work can achieve against all odds – among them a powerful adversary such as the bloody Tea Party.

And of course, also from the US, a commercial for Rainforest Alliance, "Follow the Frog" by Wander - a spot that might have grabbed the Epica film Grand Prix if it weren’t for the competition rule that excludes public service spots from this honour.

DDB was the most successful agency network with eight Golds and a Grand Prix from seven different countries. The awards ceremony will take place on January 25th, 2013 at the Cankarjev Dom Culture & Congress Centre in Ljubljana, Slovenia.