Editor-in-Chief Michael Weinzettl takes you behind the scenes of judging Epica 2013.

For the past 20 or so years, I have spent my Novembers in Paris as a juror at Epica, the only awards scheme that is judged by trade press journalists. This year, 18 of them from around Europe and one from India had gathered.  Last year, Andrew Rawlins, founder and president of Epica, sold the awards to the AdForum Group and this was the first time the event took place without Andrew at its helm.

The job of presenting the work to the jury has been turned over to Paris-based British expat, writer and journalist Mark Tungate, who did an excellent job at  wrangling the jury and moderating the proceedings.

As usual, I already knew most of the print and film shown and judged as it had been submitted to our magazine a while ago (some of it we featured, a lot of it decidedly not) but I was once again able to make some very interesting discoveries of work that hadn’t come my way before.

The quality of the work, especially in film - which isn’t just commercials nowadays but also web films of course - and particularly their  production  (direction, editing, cinematography) was very high I thought, possibly higher than ever before.

Among the numerous expertly made films, one caught my attention in particular: a spectacular online opus for Honda Motorcycles called “The Centaur” by DDB Paris. The brilliant editing, images, mood and dramatic development of the scenes that come to a stunning visual (and aural) climax made my pulse race every time I watched it.

I managed to persuade the other jurors, most of whom had favoured the somewhat simpler executed Volvo “Split” commercial starring Jean-Claude Van Damme  – one of the favourites this year in general  – to give the Gold Epica in the Direction & Cinematography category to this beautifully resonant film. This category after all aims to celebrate the craft that went into a commercial, something the jurors on the Epica jury quite often forget by opting for an ad that appeals to them as an ad in general, thereby neglecting the craft aspect.

In Advertising Photography, another craft category, it again took some persuading from my part for the jury to award the Gold to James Day’s exquisitely disgusting ‘food’ photography for the “Eating Out” Land Rover campaign, (one of the images in the campaign, “Tarantulas”,  graces the cover of our new 200 Best Photographers Special which is  published con-currently with Vol. 6/2013 of  the magazine).

This Land Rover campaign by Y&R Dubai was also one of the two finalists for the Print Grand Prix (which is recruited from the Gold winners of each category). The other one was another Land Rover ad, “Book Shelf” also from the Y&R network but, exotically, its Namibian branch. “Book Shelf” got the majority of votes from the jury and thus there was yet another winner previously featured in our magazine (Vol. 2/2013).

As for the Film Grand Prix, the choice was whittled down to two contenders: the Volvo campaign (which includes Forsman & Bodenfors’ Van Damme spot, as well as their other, more lavishly produced commercials such as “Bulls” and “Hamster” and a couple of lesser films) and the series of spots by Copenhagen agency &Co (entered by the films’ production company Bacon) for the Jack & Jones mono-brand retailer starring Christopher Walken as a supernaturally gifted master tailor.

I’m still not entirely sure I made the right decision when opting for the latter when I gave my vote for the Film Grand Prix. What would have bothered me about the Volvo campaign winning the top award was the unevenness of the various commercials lumped together into a series and, in particular, that the Van Damme spot was similar to the Ballerina Stunt commercial  – an Epica Gold winner in the Automotive category only last year – minus the famous face (and split).

At any rate, the Jack & Jones campaign turned out to collect the majority of jury votes and was thus awarded the 2013 Epica Film Grand Prix.

The awards ceremony will be held in Delhi on 24 January 2014. See the winner highlights here. 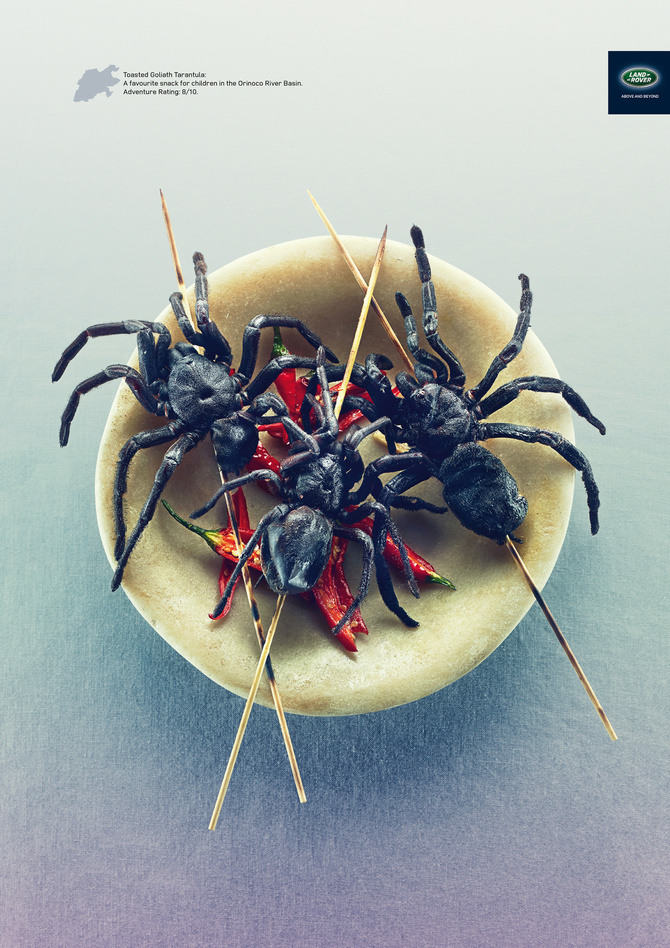 You might like: Two trucks. One death-defying ballerina stunt from Volvo. |  Behind the scenes of judging at Epica 2012   |  Look back at the celebrity faces of advertising, including Schwarzenegger’s foray into Japanese ads.  |  Andrew Rawlins bids farewell to Epica