Michael Weinzettl talks us through the highlights of the Slovenian Golden Drum Festival, 2013.

Between 9 - 11 October, the Golden Drum Festival took place for the 20th time no less and as always in the lovely Slovenian town of Portorož on the Adriatic coast.

It’s basically the most important ad event for what, since its inception, they’ve been calling the “New Europe” and it’s become a very popular festival -  not least due  to the climate  there which makes  for  summery weather at the beginning of October, when it’s already decidedly autumnal in the rest of Central Europe.

I had the pleasure of being on the jury of one of their awards in 2009 when the festival was still run by its original founders and organisers, Jure Apih and Meta Dobnikar – it has since been taken over by the Slovenian Advertising Association - and can attest to its Mediterranean charms.

As for the awards themselves, two Grand Prix were given out in the Print and in Film categories. The one that got the Print Grand Prix, a McDonald’s ad from Leo Burnett, Istanbul just happens to be our very own Print Ad of the Week at the moment.  Other Golden Drum winners in print include Mentos Kiss "Tuna" and "Garlic", featured in Vol. 5/2013, our current issue, and the Lego Technics campaign by Jandl, Bratislava, found in Vol. 4/2013 of Archive (see below). 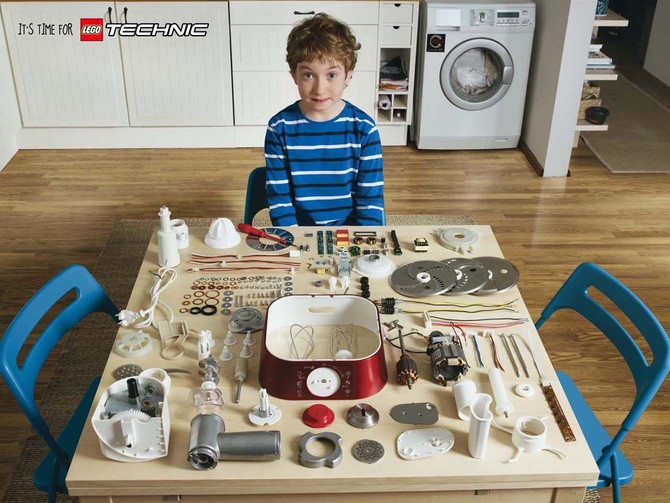 The Film jury – in what seems to me an odd decision considering that this category is supposed to celebrating the best in the commercials medium – awarded the Grand Prix to a two and a half minute film that stretches the definition of a TV commercial.

It looks like a case film which documents a first ever joint prayer by Christians and Muslims in a small Macedonian village organised by Skopje-based agency, New Moment New Ideas Company as a way to reintroduce ethnic tolerance in the formerly war-plagued Balkan region.

I myself was neither convinced by the effectiveness of the idea nor the authenticity. I just couldn’t shake off a creeping suspicion that the whole Christian and Muslim pray-together thing had simply been staged for the camera. Perhaps this was one of those cases where a jury felt the cause was more important than the means used to endorse it.

To my mind, a more category-appropriate and worthier candidate for the Film Grand Prix would have been “Monsters” by Havas Worldwide, Helsinki. It ‘only’ garnered Gold in the film category but also won a Grand Prix for Best Cinematography and, for some tactical reason I suppose, the Public Relations Grand Prix.

It was another ‘Social & Charity’ spot, on this occasion, for “parental alcohol awareness” and one we featured way back in the Films section of Lürzer’s Archive Vol. 1/2013 and last year's Halloween-themed ad round-up.

Discover the finest campaigns from print, TV and digital: Subscribe now | You might also like this: New Europe. New Thinking. Highlights from Golden Drum 2012 and Golden Drum 2011: How we changed the fate of a Heinz ad.