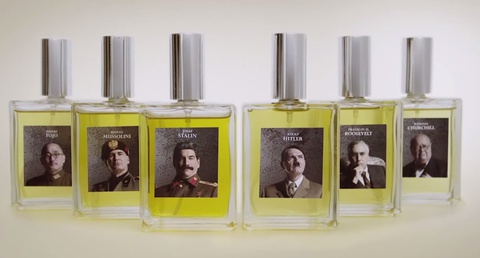 As you know, Lürzer’s Archive magazine features the most interesting new print ads, posters and commercials (TV and online) every two months. There are, however, some advertising media that the format of the magazine isn’t really suited to – be it the kind of installations and billboards which need a lot of the context explaining, or promotional activities documented in case films.

I do see a fair amount of the latter at advertising juries and award shows. To be honest, most of them I find slumber-inducing, even though that is usually rudely cut short by the cackling of the jury at the alleged figures reported when it comes to the response. Invariably, these tend to be “off the charts” sales that always “go through the roof”.  And of course the target audience reached equals at least that of the Eurovision Song Contest.

Which is why I am grateful to Antonio Bechtle of the Milk agency in Vilnius (who has produced one of my favourite print ad campaigns for our magazine ever) for alerting me to a remarkable series of case films. They cover the promotional activities for Spain’s History Channel, Canal Historia, and were created by his friend and fellow-Peruvian Gonzalo Figari of the d6 agency in Madrid.

The examples I selected here are “The Last Supper Recreation,” about the programming of Canal Historia for the “Holy Week” 2013. From the same year there is also “The History of the Lion,” which revolves around the missing testicles of one of the bronze lions in front of Madrid’s Congress of Deputies.

And finally, a very recent one, "The Perfumes of History". This one documents activities to promote the Canal Historia’s new series "World at War” which is based on the stories of Roosevelt, Churchill, Tojo, Lenin, Hitler and Mussolini. Such in-depth are the profiles of these figures apparently that, according to Figari, “you can almost smell them.” 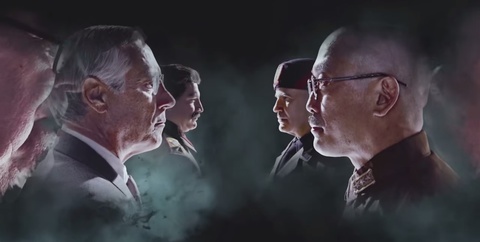 An insight which gave him the idea for the promotion:  With the help of a historian and a perfumer, d9 were able to develop six unique fragrances that represent the essence of these historical figures. (My mind balks at the idea of doing something like that in Germany – outside the area of satire that is – creating a scent that represents Hitler!)

Figari calls himself “a circus actor... not really an ad man.”

“My career started in Lima, Peru, lots and lots of years ago,” explains. “I studied advertising while also working at the radio, and as an actor/writer at a local theatre group. I used to be a clown, a buffoon and also a radio DJ –a good one! But when I started working in advertising seriously my other occupations somewhat receded. Though I still love to write for the theatre.” 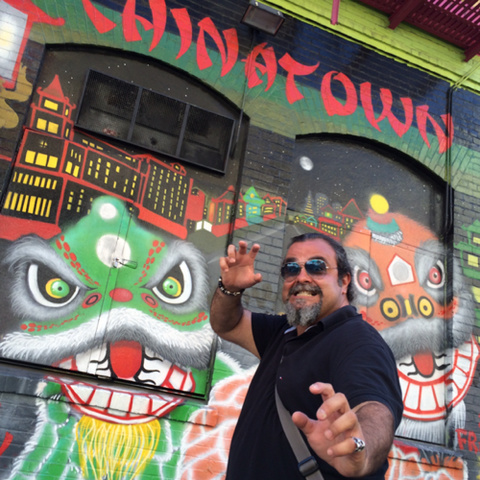 But it’s not like that these past occupations don’t inform the guy’s work still. He appears to be what used to be called a "Renaissance man." Having worked in agencies in Lima, Santiago de Chile (Y&R, McCann, Ogilvy, Wunderman) he was appointed regional creative director of Wunderman LATAM, Buenos Aires in 1993.

16 years ago, hired by the Contrapunto BBDO group in Madrid, Gonzalo moved to Spain and, ten years later, he and some associates set out on their own and founded the d6 public relations and communications agency (with a current staff  of 65 of which 30 of themare creatives).  For the past three years d6 have also had an office in Lima and just opened a second one in Spain, in Valencia.

Gonzalo has been a jury member at Cannes twice and will be the President of the Direct Marketing Jury at the 29th El Sol advertising festival held in Bilbao from May 29 to 31.

Currently, Gonzalo told me, among many other projects, he’s busy “writing the story of a start-up that gives the people the opportunity of being prostitutes once in their lives.” I’m not sure what form this will take – a play? An ad campaign? Another series of promotional events? At any rate, I can’t wait to see the outcome.