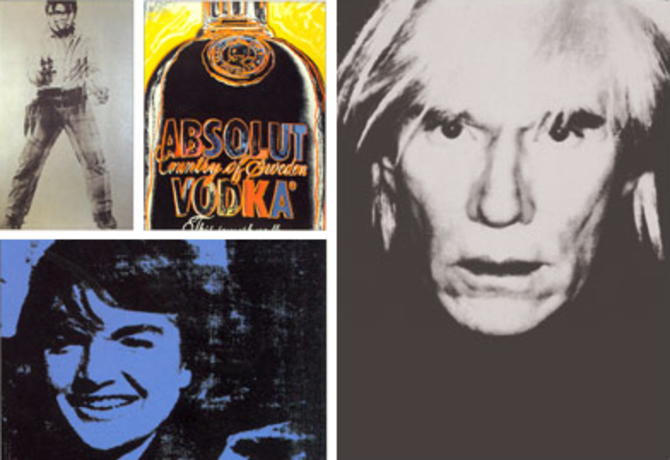 Image: Andy Warhol appears in the ADC Hall of Fame.

Hi Ignacio, can you tell us about your background?

I’m a global child. I was born in Costa Rica and I left when I was three to travel the world. I lived in Perú, the Dominican Republic, Venezuela, Argentina, the Netherlands, Spain, Canada and now the US. My dad told me about David Ogilvy and when I was 18. I saw a reel of award-winning ads, and I was hooked. I had to make advertising or I would die. Next thing I knew I was making ads for Ogilvy, Canada, then my site ihaveanidea.org exploded and we launched Portfolio Night. After that I launched the Tomorrow Awards and now I’m the Executive Director of the ADC. Crazy!

When did you first come across Lürzer’s Archive magazine?

When I was a student I drooled over Lürzer’s Archive ads and the magazine. No agency’s creative department is without copies of Lürzer’s Archive, so whenever there was downtime we’d put our feet on the desk and peruse through the mag cheerfully (and jealously).

What did you think? Was it a helpful tool as a creative?

As an art director it was a great tool for copying layout ideas. When you get tired of putting the product and logo in the bottom right and you need a good reference for inspiration and I liked to pull ideas from Lürzer’s Archive. I think what most caught my eye was the importance of amazing photography and illustration in print. As a young art director, it was a shocking revelation that those beautiful ads were usually done on insane time lines and hardly got the craft time and patience that they deserved. Pulling a beautiful ad off is harder than I thought.

What are your expectations of the partnership between ADC and Lürzer’s Archive?

ADC and Lürzer’s Archive have one massively important thing in common: elevating inspiring creative work and creative people. ADC is the first advertising and design association in the world and also the first award show. We’ve been doing this for 92 years and I think Mr Lürzer shared our love of great work.

ADC is going to change dramatically over the next year as we focus our mission on the art and craft of advertising and design. The ADC magazine we are developing in partnership with Lürzer’s Archive will help creatives by giving them insights a behind the scenes look into some of the best and most inspiring award-winning pieces entered into the ADC Awards.

Video: "Skype in the Classroom" by Made by Many, London.

Can you tell us a little about the ADC’s long history?

During 1908-1910, a fellow named Earnest Elmo Calkins started doing exhibitions of advertising art in the National Arts Club in New York. Elmo was affectionately known as the ‘Dean of Advertising.’ Then another fellow, who worked for Calkins and ran an art service, named Louis Pedlar took that to the next level by organising meetings with art buyers, art department managers and layout artists.

The goal was to get together to chat, pool ideas and share knowledge (I’m sure they had a couple drinks, too!). Pedlar was adamant that advertising be judged by the same standards as art, and founded the ADC. He impacted advertising and design around the world forever by forming the first organised association for creatives. Essentially, he made us legit!

When did ADC become open to international submissions?

In the early 90s. Today we receive more than 12,000 entries from more than 50 countries around the world. Germany ranks second to the United States in number of entries submitted!

Who can submit work to your annual awards scheme?

Anyone, members and non-members alike, can submit. We get individual submissions as well as agency submissions. Once the call for entries is open, all the information will be on the website. Soon, those who submit work to Lürzer’s Archive will be able to simultaneously and seamlessly submit that work into the ADC Annual Awards via the Lürzer’s Archive’s website.

Tell us about your motto “Connect, Provoke, Elevate.” Is it still possible to “provoke” nowadays?

This motto came from our past ADC President Paul Lavoie, who worked on it with Elizabeth Talerman. It’s only a few years old but to be honest, I love it. It is those words by which I am building the new ADC, with the help of our amazing Board of Directors. “Connect” refers to all the networking events we do, which I’m going to radically increase. 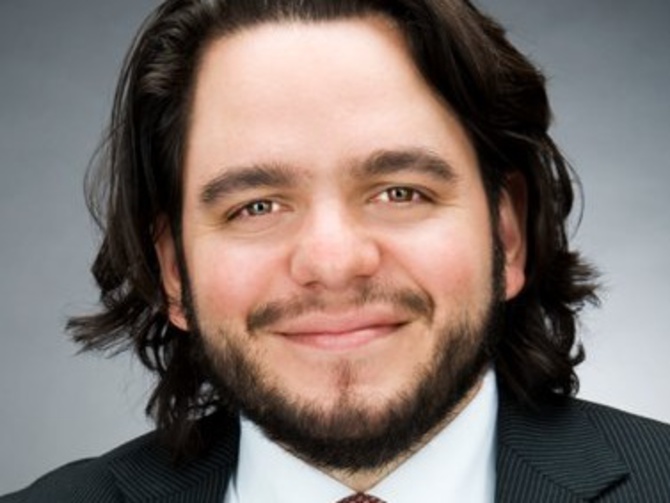 “Provoke” involves bringing up questions that are important to our industry and that no one else is talking about. The other day I had a young designer walk in who doesn’t have full use of one of his arms. He challenged the industry’s perception that it would hamper his abilities to be a great designer, and so we filmed his thoughts and will present his challenge as an open question to the industry.

“Elevate” refers to not just rewarding, but helping raise the level of quality in craft that the industry produces each year. This includes opportunities for education at every career level and the opportunity to learn something at every point of interaction with ADC.

What were some of your favourite ads of the past 12 months?

Samsonite's "Heaven and Hell" by JWT Shanghai is an amazing print piece. Makes you want to lick the paper (or screen)!

Is there a special ADC award for digital work?

Yes, we have our interactive section, which includes websites, apps, social network platforms, games, digital publishing and so on! And of course the Tomorrow Awards, which has no categories and focuses on the future of advertising.

Find out more about the Lürzer’s Archive and ADC partnership here.