Michael Weinzettl introduces the new issue of Archive including the background of the cover ad and how it had been banned by Facebook. Plus find out which country has come out on top in the latest rankings.

The cover of our very first issue of 2015 bears the image that will no doubt outrage some  - though I assume not the majority of our readership. It’s part of the Benetton UNHATE Foundation’s “Untouchables” campaign in which a threatening-looking adult (a priest, a soldier, a nuclear engineer, etc.) takes the shape of a cross and the victim is the child crucified on his back. 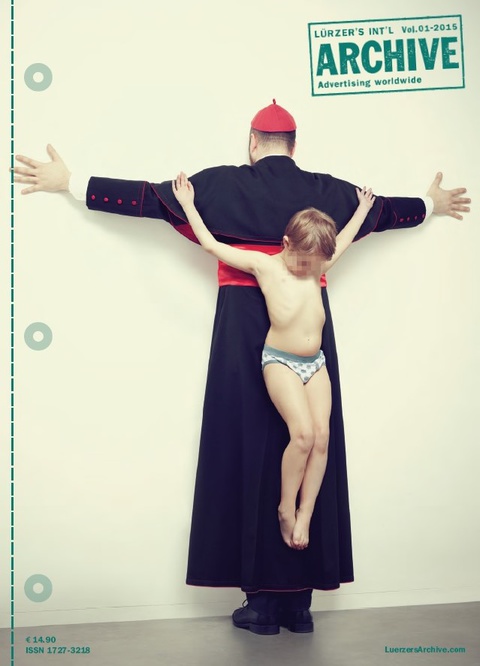 According to the foundation, “the controversial choice of the cross was intended to depict both the pain carried by the victims and the factors affecting their childhood. “Untouchables” refers to those who must be protected (the children) and those who remain unprosecuted (the abusers).

The foundation adds: “Our goal is to incite a reaction and provoke the viewers into becoming campaigners, using the images in ways that help promote children’s rights."

Interestingly, it was decided that the campaign should be “brand free,” i.e. devoid of all branded references. “What matters,” they claim, “is the message, not who promotes it.

It was conceived by Cuban-born multi-media artist Erik Ravelo, Creative Director of Fabrica in Treviso - Benetton’s communications arm. It was first posted on his personal social network profiles, including Facebook, Instagram and Tumblr.  Facebook then declared the campaign offensive, and banned the posts – as well as blocking Ravelo’s page for months. The images were also displayed on Benetton’s video walls in major cities around the world, including Milan, Barcelona, Moscow, London, Paris, Munich and Tianjin.

By the time Facebook removed its ban, Untouchables had gone viral, generating lots and lots of shares, three exhibitions, hundreds of editorials, and a global conversation about children’s rights.

It is a first for us when it comes to our magazine’s covers. So far this had just been reserved to print campaigns featured in that particular issue. This time around we have something on the cover – as well as in the magazine, that is a kind of “virtual print” campaign”: strictly speaking, it never saw the world as print but as a purely digital affair. We thought this would be a suitable “first” for this first issue of Archive in 2015. 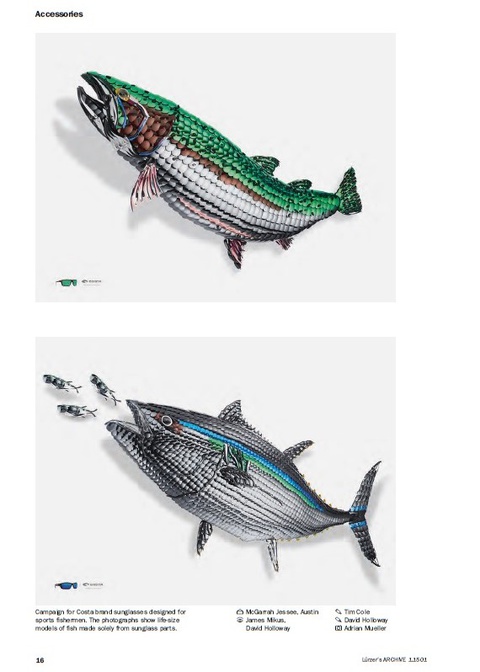 Apart from these “quasi-print” ads from Italy, there 98 other campaigns awaiting you in this issue. This time around, Brazil and the US are pretty much taking the lead with 15 and 13 campaigns respectively, followed by the UK with ten and, quite surprisingly, Chile in fourth place with eight campaigns, beating Germany by one. As always in recent years, other Latin American countries are very well-represented, with work from Colombia, Costa Rica, Ecuador, and Uruguay.

More infrequent contributors this time around include Saudi Arabia, Oman, and Ukraine, with one entry each. 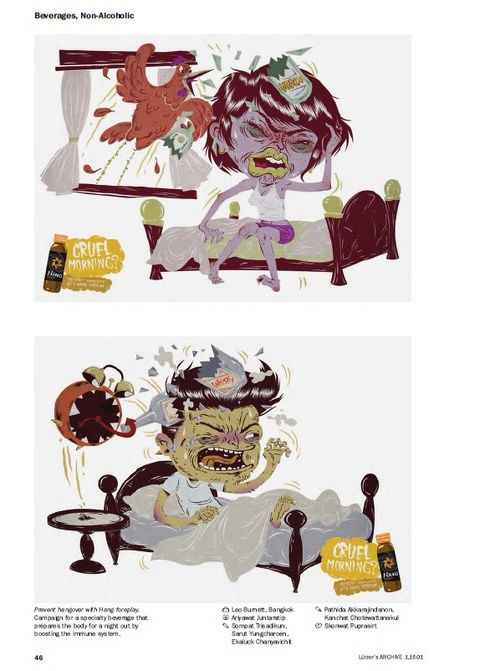 In Film, we have a total of 54 campaigns from 21 countries - the clear leader here being the UK, which boasts no fewer than 14 campaigns, followed by the US with nine, and France with four.

This issue’s interview is with Gian Carlo Lanfranco and Rolando Córdova, a team of creative directors originally hailing from Peru who spent the past seven to eight years roaming the world and doing stints at a number of highly diverse ad agencies – from Saatchi Singapore to Wieden+Kennedy, and from BSUR Amsterdam to Fred & Farid in Paris.

For the past year, they have been at Havas New York. I first met the team during the Lürzer’s Archive 30th anniversary bash at the Art Directors Club in New York, although – naturally – I was already familiar with their work as it had previously been featured in the pages of Lürzer’s Archive. 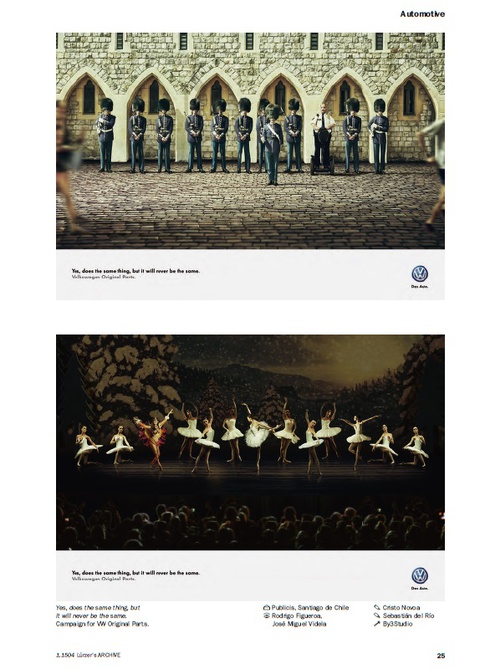 Our “digital guy” - the creative in charge of selecting what they consider to be the 15 most noteworthy digital works around at the moment, is Chief Creative Officer, Mike Caguin  of Minneapolis agency Colle+McVoy.

Hailing originally from the East Coast, Mike has become a “Minnesotan at heart” having worked in Minneapolis most of his adult life – with the exception of spells at San Francisco agencies Butler, Shine, Stern & Partners and TBWA/Chiat/Day. He’s no stranger to Archive, his work having first appeared in the magazine’s pages back in 2002.

I hope you will enjoy, and even be inspired in your work, by the ads showcased in our very first issue of the New Year. 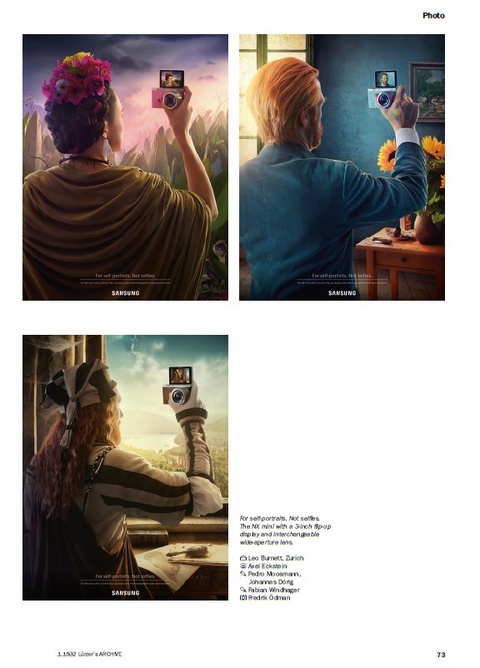 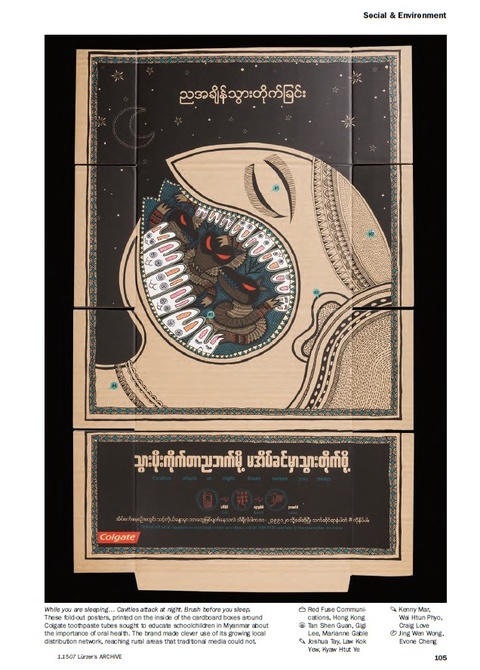