Michael Weinzettl introduces the new issue of Lürzer’s Archive magazine. Which country came out on top? Plus, why an African campaign is depicting him as an axe-wielding ‘ad killer’.

Earlier this month, Abolji Alausa, Creative Director of Lagos agency Noah’s Ark contacted me about a campaign they had done for a new website called "Apes Obey," that features African advertising, and which apparently won’t use the kind of standards required to get into Lürzer’s Archive. Instead, in a rather all-inclusive manner, they want to encourage African creatives in their work by showcasing all submissions sent in by the continent’s agencies.

The rationale behind the accompanying campaign, according to Abolaji was “even though we know they are always objective and fair, the impression of every single African that has had his work turned down by a prominent advertising curator is: ‘They killed it!’”

The visual of one of the ads features myself in the role of an axe-wielding ‘ad killer’.

“I sincerely hope you find it funny and not offensive,” Bolaji wrote before showing me the ad. In fact I was quite tickled by this reference to myself and Lürzer’s Archive; this nod into our direction. 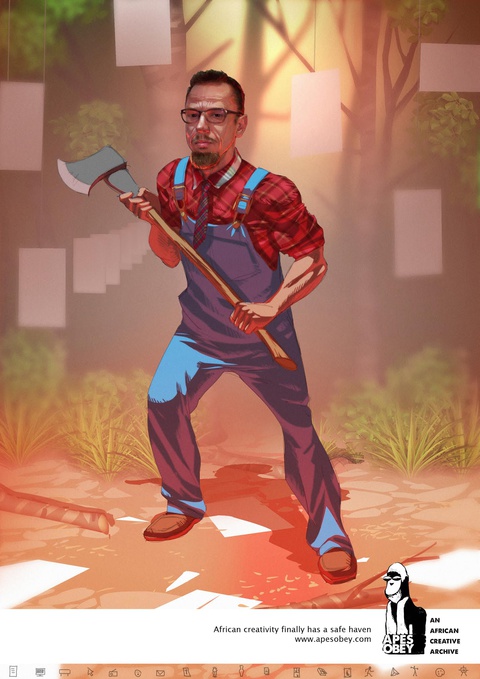 Anyway, Vol. 6/2014 has just come out and thus the results of my most recent “axe-wielding” are there for all the ad world to see. A total of 87 print campaigns survived the most recent bi-monthly massacre.

As in the previous issue, Brazllian work came out on top if not quite as spectacularly as it did in Vol. 5/2014 – dubbed the inadvertent “Brazil Issue”. Instead of the 27 print campaigns from that issue, this time Brazil is represented with ‘just’ 16 print campaigns and the US weighs in as second place with a hefty 11 campaigns, followed by the UK with nine, and Germany with six. 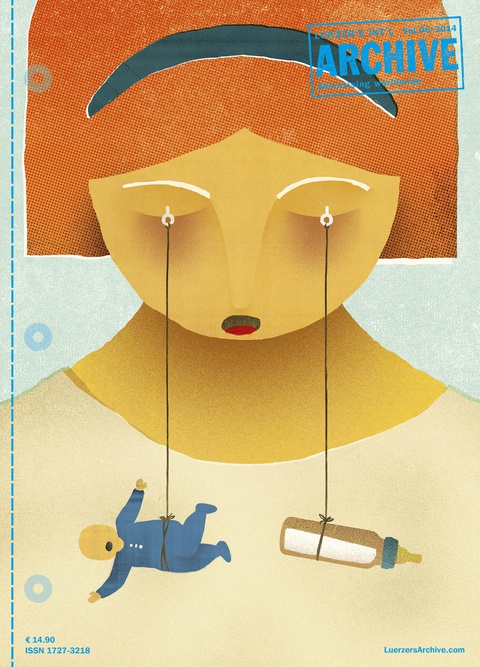 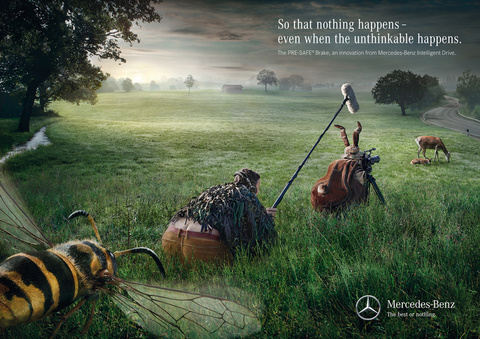 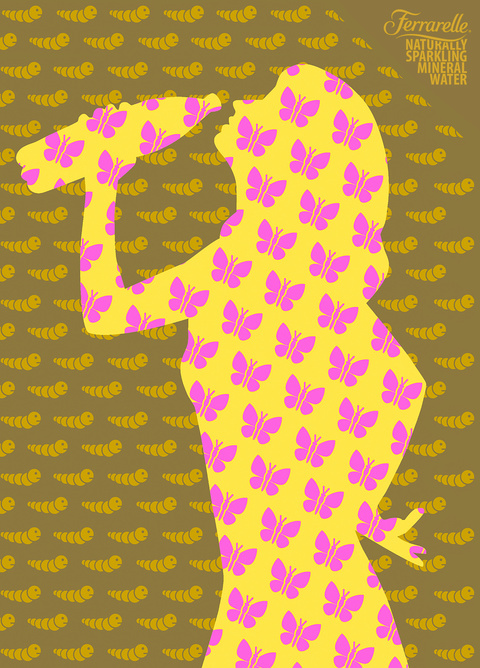 In the Film section, where you can see 54 campaigns in all, including lots of recent or future award winners, the UK reigns supreme with 17 spots, the US following with 11, ahead of France with six and and Germany with four.

Our interview partner in Vol. 6/2014 is, for a change, someone from outside the world of advertising, namely cultural critic Camille Paglia, whose most unlikely 1990 bestseller “Sexual Personae: Art and Decadence from Nefertiti to Emily Dickinson” was, at the time, a book that rocked my world. It was a non-Freudian, non-Marxist reading of Western culture, infused with heavy – and, tellingly, uncredited – doses of Nietzsche and Simone de Beauvoir thrown in for good measure.

I found it vastly entertaining and the kind of book that gives you an education in itself. Ever since, I’ve thought of Paglia - with her vast knowledge of Western imagery - as an ideal interview partner for our magazine.

In the course of producing a documentary called “Bra Wars” for Arte, Europe’s Cultural Channel, Hermann Vaske, a frequent collaborator on the interviews, finally managed to get around to having an in-depth conversation with Camille on the subject of breasts, bras and the way women have been presented in popular culture – including of course advertising. I hope you find the interview as entertaining and enlightening as I did.

The digital selection for this issue was chosen by Razvan Capanescum who, as of October 2014, has been entrusted with the role of Chief Creative Officer at the Leo Burnett Group. He’s now splitting his time between London and Bucharest and making the most of what technology has to offer when it comes to e-meetings. The email-generated interview I conducted with Razvan is titled “Distance makes time precious.”

I hope you get a chance to enjoy our new issue during the festive season that is upon us. Happy Holidays!