Never before in the history of the magazine has Brazilian creativity dominated a single issue as much as the new edition of Lürzer’s Archive. Michael Weinzettl introduces Vol. 5/2014. 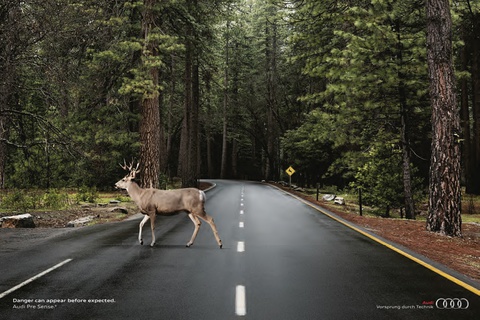 Audi "Danger can appear before expected" by AlmapBBDO, Sao Paulo

Those of you who regularly follow the Editor’s Blog will remember that, some weeks ago I put up four options to vote on as recommendation for the cover of Vol. 5/2014.

This issue is coming out this week now and there may be some surprise as to what the new cover has actually turned out to be. We decided to go for something else altogether when we looked at the results of our cover poll.

It yielded thousands of votes, but what was rather baffling to us was that none of the four covers suggested really turned out to be a massive favourite. Of those votes, roughly one quarter each were split between the four alternatives, which didn’t exactly help us make our decision.

Luckily, as a late submission to this issue, we received an ad by São Paulo agency Africa; co-founded by one of the superstars of Brazilian creative advertising, Nizan Guanaes, and named International Agency of the Year 2014 by Ad Age. We found the ad perfectly suited to front our new issue. 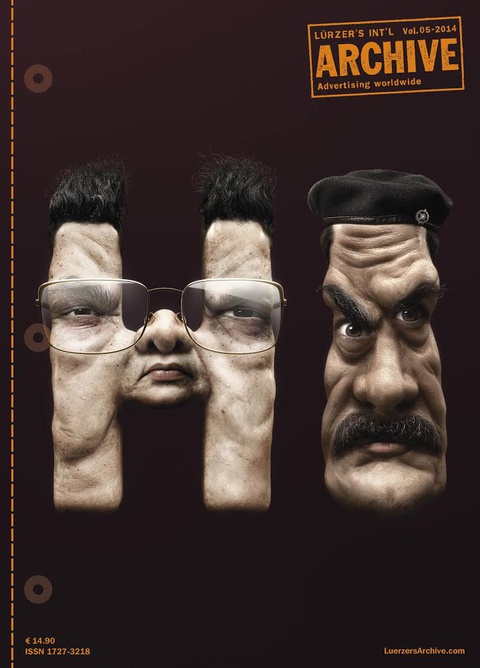 Apart from the fact that it is a striking image, there is another very good reason for making an image from Brazil our cover: never before in the history of the magazine has Brazilian creativity dominated a single issue as much as it does this time around.

Of the 83 print campaigns featured, there are 27 from Brazil alone. Trailing as a distant second is the USA with nine campaigns, followed by the UK and South Africa, each with five. 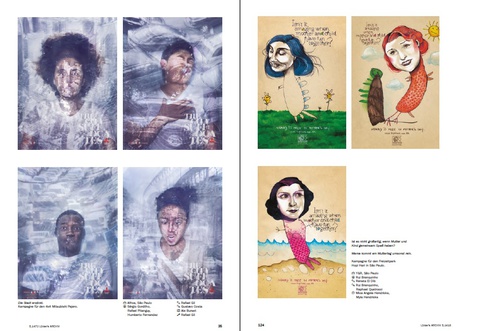 Brazilian print advertising, with its focus on great visuals and little copy – in part originally a solution to the problem Brazilian advertising had in needing to appeal to a population with a high illiteracy rate – has swept the world of advertising, and been incredibly influential over the past two decades. Occurring roughly during the same years in which the globalisation of international brand communication emerged as a key issue, it has really changed the way advertising used to be.

Remember one of the early examples of that 'visual' trend: the Guaraná Diet campaign created by Marcello Serpa and none other than the aforementioned Nizan Guanaes. Winner of the Print Grand Prix at Cannes in 1993, it featured a spread with sculpted abdominals on the left-hand side and the cap of a Guaraná bottle at the same level on a white right-hand side. Advertising has never been the same since.

Guaraná Antarctica by DDB São Paulo featured on the cover of Vol. 5/1993

The film section in Vol. 5/2014 features 63 commercials from a total of 18 countries. In this category, the US has a clear lead with 21 commercials, followed by the UK with 17.

The main interview, which you can find on the pages that follow, is with the brand-new president of D&AD, Mark Bonner, co-founder and co-creative director of top-ranking and multi-award winning design agency GBH London.

For the Digital Section we enlisted the help of Charlie Gschwend, Senior Copywriter at Wieden+Kennedy, Portland, currently 'on loan' to Wieden+Kennedy, Tokyo. The interview with him is titled: “We can tell in-depth, emotionally moving stories in ways that were impossible a decade ago—regardless of what a certain Austrian designer thinks.”

The Austrian designer in question is, of course, Stefan Sagmeister, who recently spoke out against the currently much-hyped 'storytelling' approach as an all-purpose solution for successful advertising.

I hope you will enjoy our latest issue, which – somewhat inadvertently - has turned into a “Brazil Special.”