As a long-time subscriber of The New Yorker, I’ve come across and taken note of John Kenney’s short humorous pieces on the magazine’s Shouts & Murmurs page as well as his funny blog entries on their homepage several times. I didn’t realise that Kenney had, for quite a while, been an advertising copywriter at Ogilvy New York. 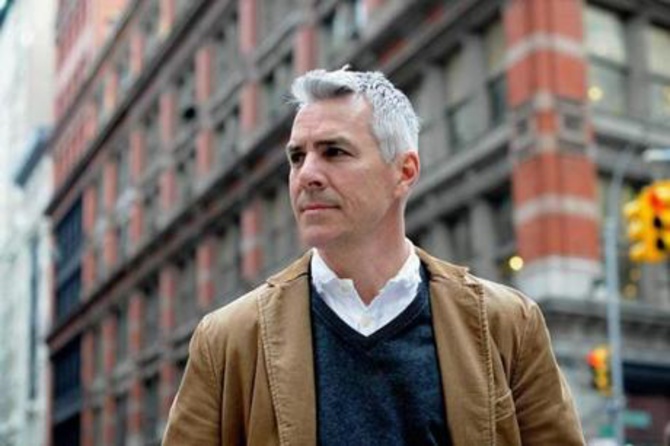 I only found out after I saw a commercial for Truth in Advertising, his first novel, published by Simon & Schuster earlier this week which provides a wickedly funny look at the ad business. What follows is a Q&A with the author, who responded to the request with: “I tried to get into Archive for years!  Glad I finally made it.”

Can you tell us a bit about your background?

I studied English literature and journalism in college.  I thought I wanted to be a reporter, maybe a foreign correspondent.  I’d also done an internship at a small ad agency in Boston.  I liked it and thought I might work there after graduating but they didn’t have a job for me (which may speak volumes about my intern skills).

Pretty much all I wanted to do was travel.  So I did that for a while.  I was pleasantly lost in my mid-20s, taking odd jobs.  I was a caddy, a nanny, a plasterer’s assistant and even a file clerk at an insurance company.  Eventually I put a portfolio together and shopped it around, eventually getting a job in Boston.

How would do describe your first novel, Truth in Advertising?

It’s about a copywriter named Finbar Dolan.  He’s a few months shy of his 40th birthday and he realises that his life isn’t at all what he’d hoped for. He cancelled his wedding eight months before; he’s estranged from his brothers and sister; his father, who left the family many years before, is dying. Also there are funny parts.

What about the "book trailer"? How did that happen?

My publisher asked me to write something.  I sat down with my former art director partner and good friend, Rick Knief.  He’s a director now.

The focus group was his idea. I wrote a script and we called some actors we’d worked with. I can’t give the actors enough credit. Rick, too.

Are you familiar with other works of fiction that deal with advertising, such as the 1952 book (and later musical) How to Succeed in Business Without Even Trying?

I’ve heard of that book but haven’t read it.  It’s by Shepherd Mead, who also wrote The Admen, which I did recently read and liked a lot.  I also read a novel called Soul for Sale by an old friend and, to my mind, one of the best copywriters of his generation, Jay Williams.

Were there ever any ad campaigns you wish you had done?

The John Hancock “Real life, real answers” campaign that Bill Heater and Don Easdon did in the 80s.  Sixty-second spots, no music, black and these stripped down little plays - little pieces of life that felt so different to me at the time; so honest and original. (This award-winning spot featured in Lürzer’ Archive Vol. 2/1986. Subscribers can view it here).

How did your job with the New Yorker come about?

I’m merely a lowly contributor, not staff.  The New Yorker, for me, is like a Gold Lion at Cannes to advertising people.  I submitted for ten years before they finally accepted a piece.  Which may speak to how hard it is to get into the magazine or to how unfunny my pieces were.

How would you describe your time as a copywriter?

I was passionate about the business for a while.  And I was very fortunate to work at Ogilvy.  The eighth floor – the creative floor – was filled with really talented, smart people who also happened to be very nice. I learned a lot from them.

And most days were really fun.  And then, perhaps like all jobs, it was less fun.  The assignments didn’t thrill like they once did.  I knew I wanted to write more, so I quit and moved to Paris, wrote a long, mediocre novel that was never published but that was the seed for what became Truth in Advertising...