Germany has two main marketing magazines, Munich-based Werben & Verkaufen (Advertising & Selling) and Frankfurt-based Horizont. I can’t really tell them apart much except that W&V is represented in the jury of the Epica Awards, so over the years I have met many of their editors at the Epica Jury meetings formerly held in Paris, now in Amsterdam.

It was an editor from Horizont, however, who called me in Berlin last week and asked if I would put together for them a spread featuring some of my favourite non-German automotive press ads from the past year. There is a lot of good automotive advertising out there all over the world, and we dutifully featured it in the pages of Archive over the past six or so issues of the magazine. 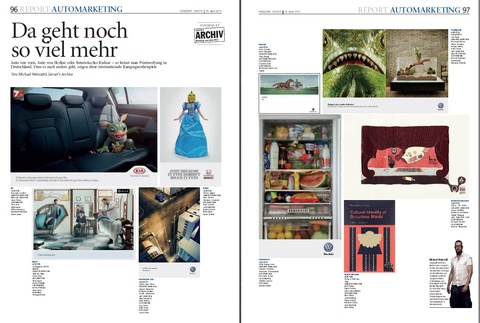 Since Horizont is a German publication I was wondering if I should send them the ads taken from the German issue of Archive which has translations and, if necessary, explanations of headline and copy printed underneath each motif. To my surprise, the editor with the lovely name Bettina Sonnenschein said she thought that her readers knew English well enough to be able to understand the ads without the help of a German translation.

This came as somewhat of a surprise to me and is an interesting development. When I started at Archive 28 years ago, it would have been impossible to expect 90% of our German readers to ‘get’ English-language ads, which is why Walter Lürzer was keen on having a German-language issue of Archive along with the international English-language version.

Meanwhile we have had, for some time now, a Chinese-language version and very soon there will be a Portuguese-language edition for Brazil.  Then there are still the translations of texts, page by page, ad by ad (though excluding the Editor’s Letter, interviews and New Books) we provide on our website for download in French, Italian, Japanese and Russian.

This translation to download also exists for Spanish but for that language we even have a full digital version of the magazine with Spanish texts (available at the Apple Store as is the Archive iEdition as well as the international and the German editions).

The brief opening text written by Horizont for the spread with those favourite car ads of mine goes something like this: “Car from the front, car in front of skyline or futuristic setting – that’s the kind of print advertising for cars in we get in Germany. That you can take a different approach is exemplified by these car campaigns from abroad.”

What struck me about that is - to me – the typically German tendency of downplaying one’s own achievements. And I don't mean in the modest, understating way that, for example, British journalists talk about their country’s creative output, where you know damn well that deep down there is no doubt in their minds that ads from the UK reign supreme. With French trade journalists, on the other hand, you sometimes get the impression they don’t even know that advertising in other countries exists, let alone has any relevance to them.

Of course most advertising seen out in the streets and magazines of Germany is crap. But so is the 90 percent of all advertising in all other countries too. In the past 30 years Germany has come a long way when it comes to advertising creativity, just look at how well the country fares at the at the annual award shows (if they decide to enter - awards is a loaded issue here).

At any rate, I thought why only have those ten cool auto ads from all over just made available for the readers of Horizont and decided to put those ten ads into my blog this week. I hope you’ll enjoy. 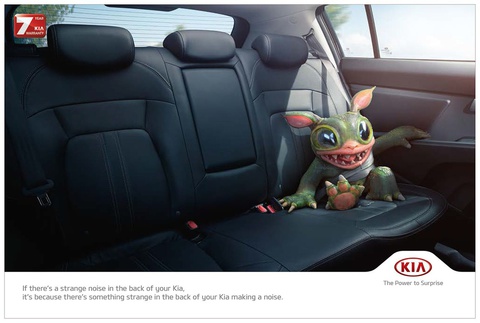 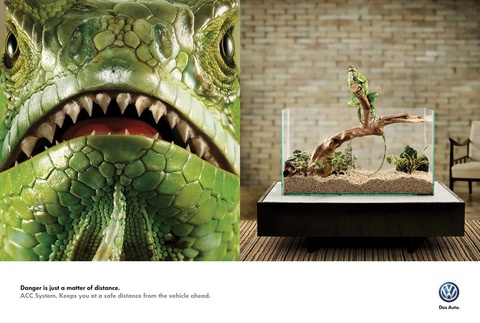 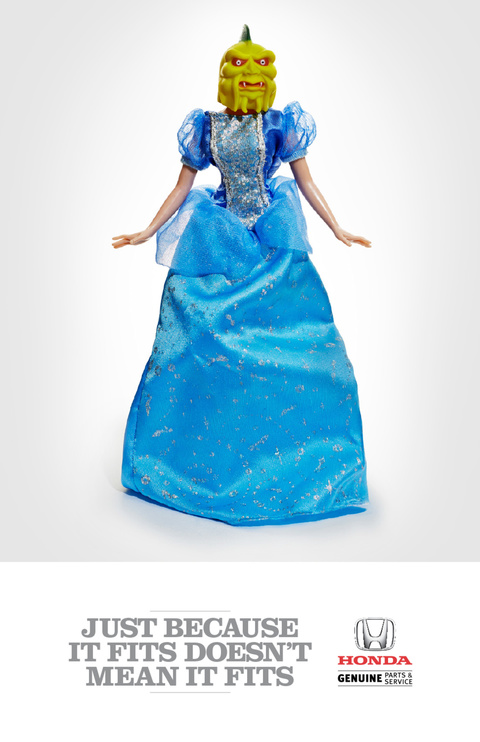 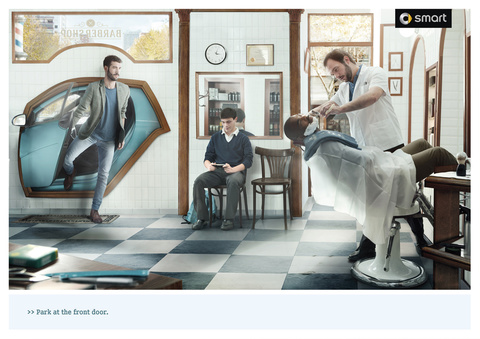 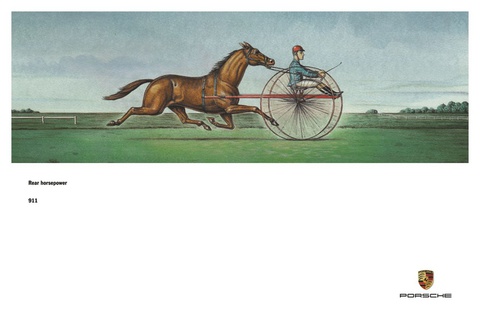 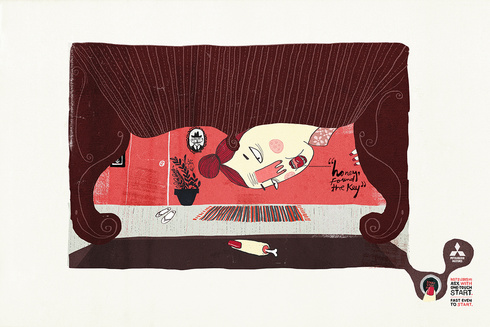 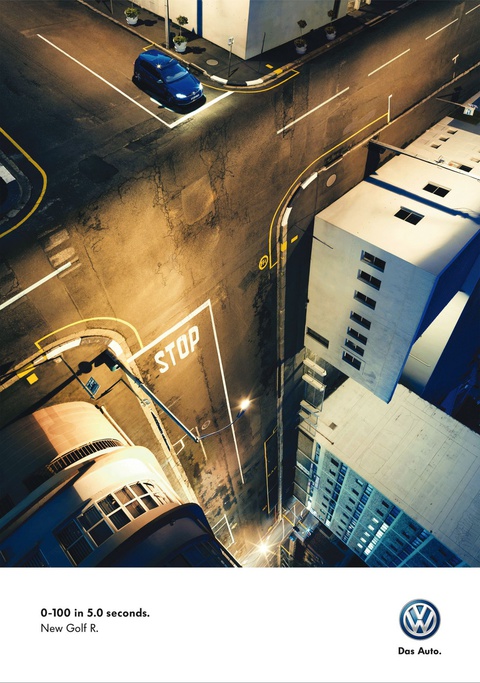 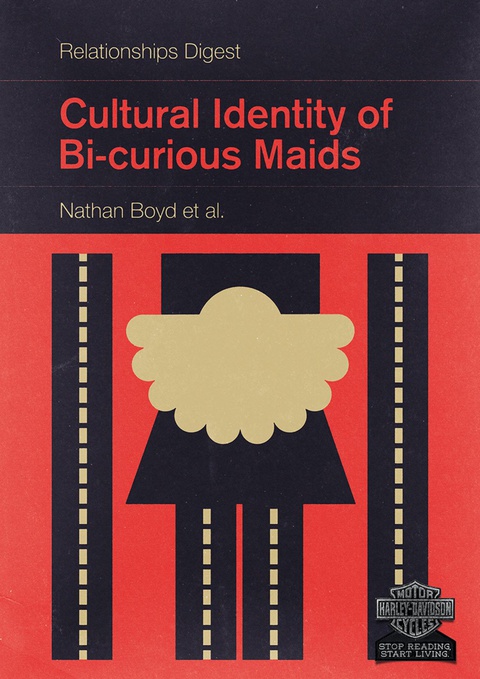 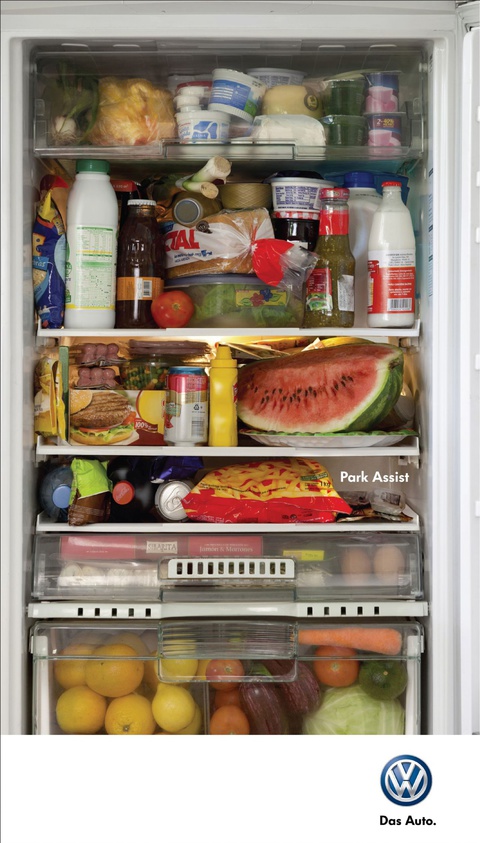