Michael Weinzettl catches up with Jacqueline Lai, our new editorial representative for Lürzer’s Archive in Asia. The Taiwanese journalist and former Managing Editor of AdAge China shares her memories of Walter Lürzer, being summoned by the Chinese government and the interview that made her cry. 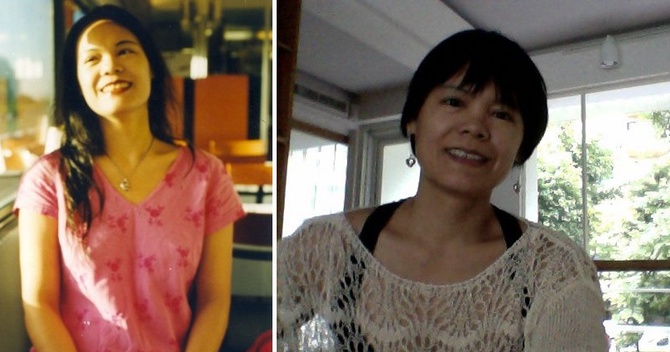 I first met Jacqueline in 1997, shortly after she left her AdAge role in Taiwan to travel to Europe. On her first stop in Cannes, she met Hermann Vaske (our main contributor of interviews since the late 80s) who took her to our office - then in Frankfurt. We were planning the Chinese edition of the magazine at the time and enlisted her to work with us over several weeks as a translator. I didn’t exactly make her life easier by using terms such as “camp” in my texts, which she subsequently had to translate into Mandarin. Jacqueline also did interviews with several advertising greats for us, such as David Abbott and Piyush Pandey.

Hi, Jacqueline, great to have you back on board at Lürzer’s Archive. What have you been up to? I heard you founded a kind of union for ad creatives in Taiwan?

That was a labour union for people working in advertising which I co-founded and it was my first "venture" in Taiwan when I returned to China. This recently landed me trouble: being chairperson of this union, I was summoned by the government to a hearing when the advertising agency association representatives were stating the need for people in advertising to work in poor conditions such 36 hours non-stop, because “we are in the creative industry.” I even made it on national news and my nephew and brother saw me on television. I didn't see it myself since I don't have a TV at home.

Did you continue with your editing and translating?

I did. I translated several books into Chinese including D&AD’s “The Copy Book.” Over the last four years in my role as the Cannes Lions representative for Taiwan, I have also collaborated on a 480-page annual covering every single Cannes Lion winner. That series was so successful, it not only sold out but was pirated in China, making it the third book I’ve done to be pirated. I guess that's some kind of recognition.

Do you see any differences between advertising when you first worked for us and now?

When I first went to the Cannes Lions, we didn’t really go to the seminars and only Film and Press Lions mattered. Even when Cannes started having other awards, we journalists didn’t really go there. I remember one time the curator of the seminars came down to the press centre and said "Mr. Wunderman is talking at the seminar and he's a really important direct marketing guy" and we were like, "We don't want to go." I think it was around 2006 when I suddenly found there is so much interesting work outside traditional advertising.

What is your favorite piece of advertising from Asia from the recent past?

“Museum of Me”- easily. I had the privilege to hear its creator Koichiro Tanaka explain it. He had the inspiration for it when he was at his sister’s wedding watching the “home video”. Later I read about the Intel client Stephanie Gan, who is based in Hong Kong. She saw Koichiro's work and was touched, went to Tokyo to meet him, fired her agency and started on a pretty tough journey creating Museum of Me. I like all the details of it, but what I like most is the story behind it.

What are some of the things you want do in your new position for Archive in the next months?

I want to have a lot of conversations with Asian creatives. I tend to be very shy. I’m a Taiwanese brought up in the 1970s; we normally don't take the initiative to speak to people - we try not to "bother" them. That often means we need some kind of excuse to start a conversation. The chance to work with Archive again gives me just that. I’m also looking forward to going to the Spikes Asia festival in Singapore this year.

You've interviewed some advertising greats for the magazine. Who impressed you most?

Alex Taylor, then the joint creative director at Saatchi & Saatchi, London. I actually cried during the interview. Alex Taylor is the no-nonsense kind of creative. During the interview she talked about nothing but her work; every piece of from her book, one page after the other. She explained each piece of in detail for like two hours. There is no drama - just work. Then I couldn't take it anymore and my eyes started to well up. Alex noticed and asked me what was wrong and I explained to her that I was just overwhelmed by her complete devotion to her work. 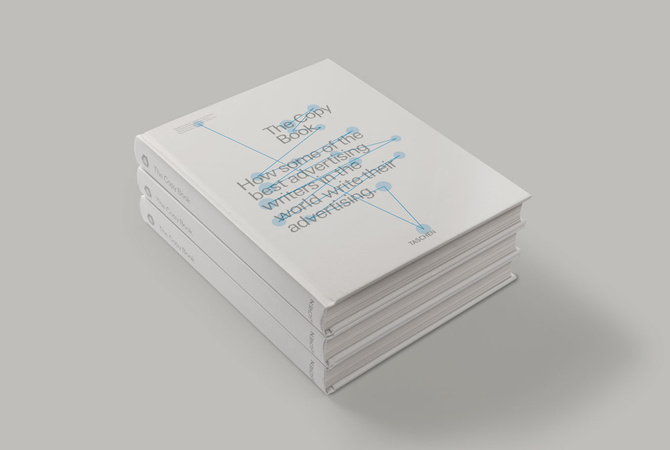 Image: D&AD's The Copy Book, first published in 1995, features work and essays by leading writers and remains an essential reference on the art of writing for advertising today.

Can you share some of your memories of Walter Lürzer with us?

I had the privilege of travelling with Walter Lürzer back in 1999 when he was visiting Shanghai. He was charming, patient, and taught me a lot of things. We discussed one of the interviews he gave in detail and he explained to me how he added the funniest and memorable parts later on – they didn't happen during the interview. "How can you do that? Adding things afterwards?" I asked. And he replied: "Why not? Interviews are a show." This was an eye-opener. I learned to see interviews as a performance and tried to create the drama in them.