Michael Weinzettl introduces the final 2015 volume of Lürzer's Archive, in which Latin America is representing big.

Next week, our final issue for this year is published. We thought it fitting for the season to put an ad on its cover that is part of a campaign created by JWT, Mexico City, for Victoria brand beer.

Judging from your feedback you seem to agree with our choice. The campaign was published on the occasion of Mexico’s famous Day of the Dead holiday which is celebrated around the same time as Halloween. 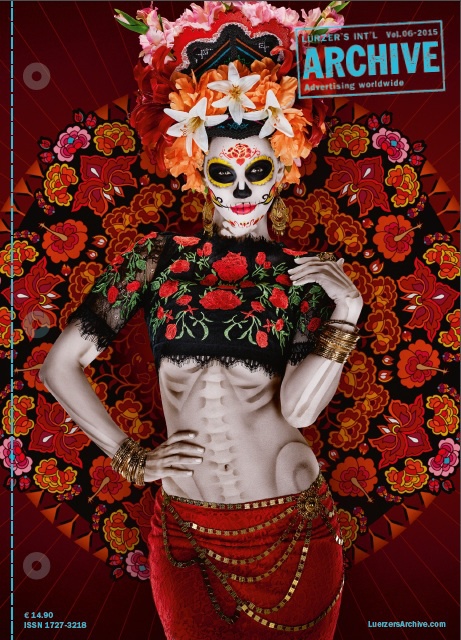 The photographer of the series was California-based Tim Tadder, who used to be a photojournalist, before turning his sights on commercial and editorial photography in 2005.

He is best known for his powerful portraits and high action intense sports imagery, for brands such as Adidas, Budweiser, Under Armour, Gatorade and Mercedes Benz  and also happens to be represented in the latest issue of our biennial 200 Best Ad Photographers Worldwide special volume which is published concurrently with this issue of Lürzer's Archive magazine. 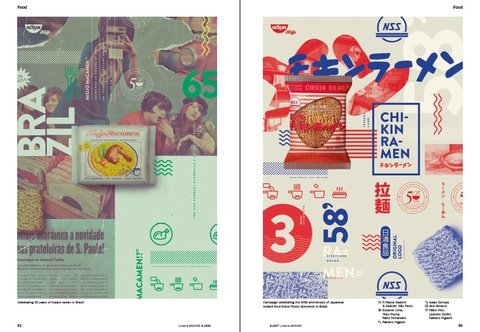 Volume 6/2015 features 96 print campaigns with a whole third of them coming from Latin American agencies. This goes to show once more how strong this continent has become in print over the past few years. We’ve all become accustomed to Brazilian print being among the best in the world – of course, with 20 print campaigns featured, they are once again in the pole position in Vol. 6/2015.

Yet in recent years there has been such a creative surge in other Latin American countries too. And this is demonstrated in our new issue by the fact that even the relatively small Ecuador weighs in with no less than four print campaigns - the country’s strongest showing ever. 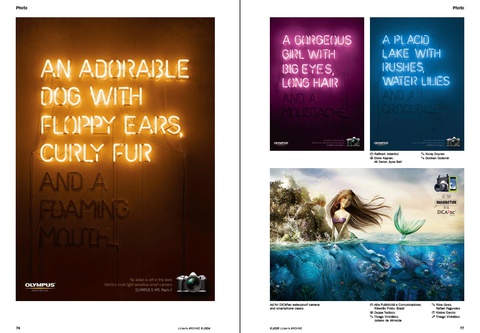 In Film where we feature a total of 54 ads, it is the UK this time that is represented by the highest number of films (TV commercials or online work) namely 18, as opposed to print where they are only in third place this time with a – for them – relatively meagre five campaigns. In second place it is the US with 11 film campaigns, followed by Brazil, France and the Netherlands with three each.

The main interview in this issue is also very film-oriented. The star creative replying to my questions is none other than Walter Campbell, one of the most awarded ad creatives ever. He’s the guy who – together with his partner at AMV BBDO, London, Tom Carty – was responsible for a number of seminal TV commercials such as Dunlop 1993s “Tested for the Unexpected,” and Volvo “Twister”, both directed by Tony Kaye and today considered as prime examples of how far the medium of TV advertising could be pushed. 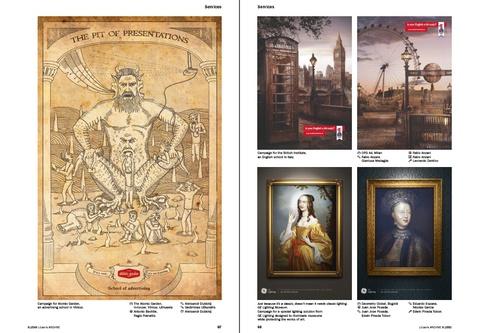 And of course there was Guinness “Surfer” from 1999, directed by Jonathan Glazer - considered by many as the very best commercial ever made - and certainly the most awarded one.

We featured an – all too brief – interview by Hermann Vaske with Walter Campbell and Tom Carty back in 1995. Twenty years later I thought it might be interesting to revisit Campbell, who for the past three years was creative director at TBWA\London and has also in the meantime written for the big screen. 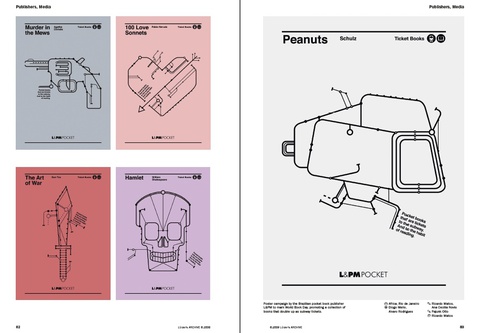 In fact Campbell wrote the script for Jonathan Glazer’s third outing into the area of feature films (following “Sexy Beast” from 2000 and “Birth” from 2004), the outstanding  sci-fi thriller “Under the Skin,” which stars Scarlett Johannson as an alien predator scouring Scotland's streets for human prey.

If you haven’t caught the film in cinemas, you should try to catch it on DVD or online – it is currently streamed by the British Film Institute. It was premiered to accolades at the London Film Festival 2013 and went on to be named The Guardian’s 2014 Film of the Year as well as making a lot of critics’ best-of lists worldwide.

As for Digital, the selection this time around was done by a team of two, namely the heads of MediaMonks, its founder and CCO Wesley Ter Haar and CEO Victor Knaap. 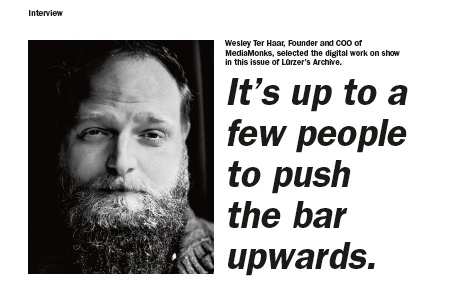 According to their website MediaMonks is “the biggest creative digital production company on the planet.” They have offices in Amsterdam, London, New York and Singapore. You can read the interview with Ter Haar titled: “It’s up to a few people to push the bar upwards” prior to the showcase of 15 current digital works from around the world.