Are perfume ads a slippery slope for all involved? Take a retrospective look at the spots that did a great job in creating a mystique for the product without succumbing to unintentional camp. 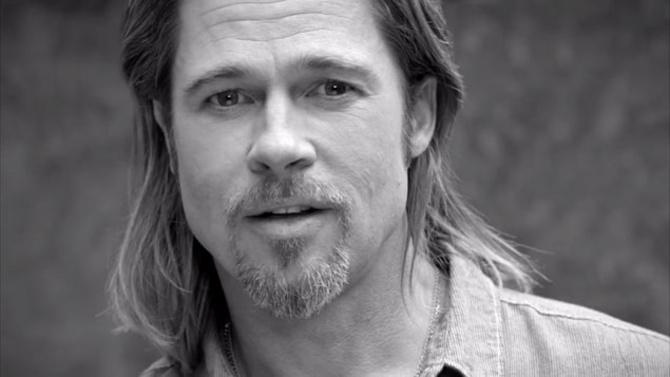 Perhaps the most-maligned commercial of 2012 was Chanel No. 5 with Brad Pitt, the first time that the classic fragrance had used a male celebrity.

From what I read about the countless spoofs and parodies that have sprung up since the ad first aired in November (right on time for the expensive bad perfume commercials season that comes around this time of the year), for once it is not so much the brand that suffered. Sales of Chanel No 5 soared as always around Xmas and the perfume is such a classic that it appears to have become impervious to whatever silly pranks their marketing people come up with.

No, this time around, it really is the image of Brad Pitt - another brand in a way - that has suffered most.

The irony of Brad Pitt “ruining” his image by appearing in an ad is, of course, that it was through another ad (for an equally famous if not as refined brand) in which he first came to people’s attention 22 years ago.

John Hegarty still prides himself as casting the then-unknown actor in BBH London's 1991 Levi’s commercial. It was the first time a pan-European audience caught sight of Pitt before he became a household name. First of all mostly for showing off his abs in Ridley Scott’s Thelma & Louise (1991) which was also made in 1991.

Subscribe now to explore perfume ads since 1984 in our online archive.

To all those who believe that perfume ads as a genre are a slippery slope and a recipe for disaster for all involved, I always like to point out a few commercials that we’ve featured over the years that did a great job creating a type of mystique for the product without succumbing to unintentional camp - which, however, like beauty, often lies in the eye of the beholder.

First up in my mind is the famous Jean-Paul Goude spot for Egoiste, a scent for men, and also from Chanel, which came out in 1990: There, to the accompaniment of the dramatic theme form Prokofiev's "Romeo and Juliet," we see a succession of beautiful, angry women appear on shuttered balconies to condemn the selfish behaviour of one man. Depending on whether one sees the French, German or English version – their invectives are in fact quotes from Racine, Goethe and Shakespeare.

Another memorable Jean-Paul Goude commercial from 1991 featured Vanessa Paradis sitting on a swing attached to the roof of a bird cage for Coco Chanel, wearing elaborate plumage and whistling "Stormy Weather." Or the Chanel No. 5 spot in which French actress Carole Bouquet morphs into Marilyn Monroe.

A famous film director whose style has lent itself very well for perfume ads is David Lynch. Not only did he create the sensuous launch commercial for Yves Saint Laurent’s Opium back in 1989 but also, a year later, a series of quite stunning black-and-white ads for Calvin Klein’s Obsession which used quotes from works of literature by D.H. Lawrence, Ernest Hemingway, F. Scott Fitzgerald and Gustave Flaubert, in which the feeling of being romantically obsessed with someone finds its expression.

Chanel "There You Are" starring Brad Pitt