Michael Weinzettl pays tribute to the great ad man, David Abbott, who died last Saturday at the age of 75. 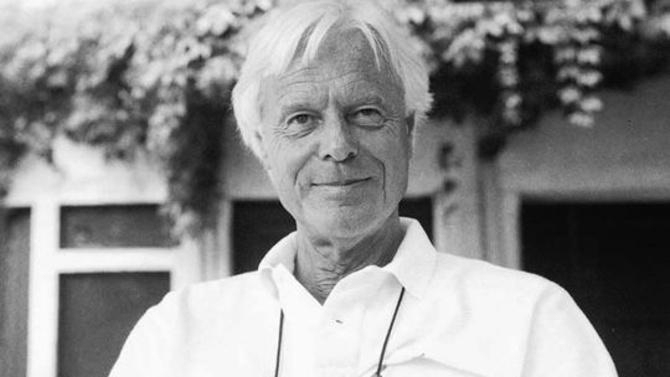 Last Saturday, David Abbott - one the of greatest ad men of our time - passed away at the age of 75. In a way, it’s a coincidence the then Print Ad of the Week came from a campaign created by the agency he founded back in 1977 together with Peter Mead and Adrian Vickers.

In another way, not so much: The agency which he left behind is the UK’s biggest and arguably best; one where the work is expected to be none less than brilliant. So it is no surprise that AMV BBDO London holds the number one position in the Lürzer’s Archive Agency Ranking for the current year.

David Abbott got his training from the two most famous ad men of all time, David Ogilvy in London and Bill Bernbach at DDB in New York and he became an absolute master of his profession as his work for The Economist, Sainsbury’s, Volkswagen, Yellow Pages, Chivas Regal, Volvo, the RSPCA and much, much more testifies.

"He meant more to me than I can possibly express in words,” said, AMV’s founding partner Peter Mead, paying tribute to one of advertising history’s true geniuses.

“He transformed my life from the moment I met him some 45 years ago. When he joined Adrian Vickers and me in our little agency it was like Lionel Messi joining Millwall. His talent catapulted AMV into the advertising stratosphere.

“I never saw him write a bad line of copy, could count on the fingers of one hand the number of times I saw him lose his temper and remember countless times when the three of us were helpless with laughter. "

Andrew Robertson, President & CEO of BBDO Worldwide spoke of David as "...a gentleman. Polite and principled, generous and witty. Just being around him made you better. But what really sets him apart is his work.

"Personally I don't believe there has ever been a copywriter whose work has had more impact. The work he did on Sainsbury's, Volvo, BT, The Economist, and so many others, had a profound effect on those businesses, and continues to inspire anyone who loves advertising.

"The genuine fondness and care he had for his audience is in every word of every ad, and every internal memo, he ever wrote."

I myself never had the chance to really meet the great man, except to briefly shake hands with him when I was making my rounds of London ad agencies in the late 1980s, trying to convince their creative departments to send us their work (and that it would be published by us for free, something they then believed to be too good to be true). 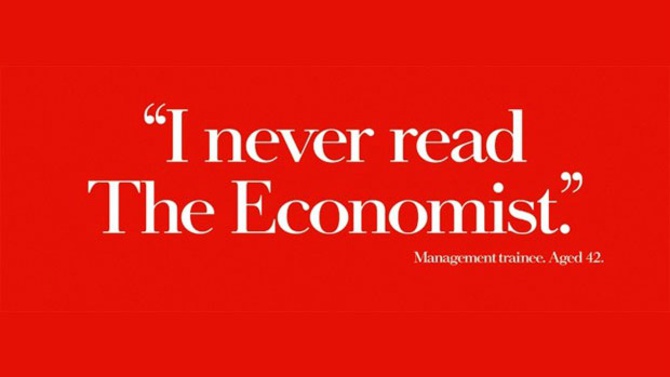 David Abbott's "management trainee" poster for The Economist was recreated in his honour this week by David Nobay, the creative chairman of Droga5 Sydney. See thumbnail below.

Lürzer’s Archive did run an interview with him in Vol. 6/2002. I had originally wanted to do it myself but our former Asian correspondent Jacqueline Lai begged me to let her interview the man she admired so much. She had at the time already worked on the Chinese translation of The Copy Book in which Abbott features prominently, of course.

However, when the time came, she was so awestruck and shy that she came away with an incomplete interview - not enough to fill the magazine’s pages, at least. So she presented him with what little she had gathered and David Abbott – who will be fondly remembered as the kind and charming gentleman that he always was – rewrote the entire text from scratch.