One of the greatest commercials directors of our time: Michael Weinzettl recalls some of his favourite ad work by Frank Budgen, who died earlier this week. 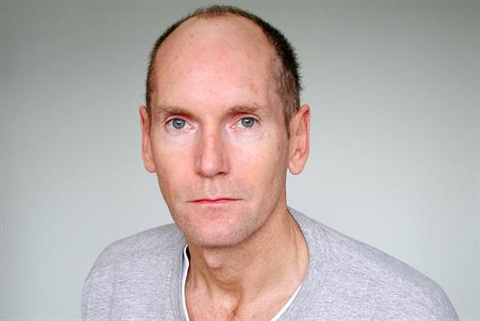 At the age of 61, Frank Budgen died in his sleep on 3 November after having battled cancer for several years. And what a great loss this means to all of us: Budgen was simply one of the very best commercials directors – not just from the UK but internationally, as possibly none other delivered as many consistently brilliant films over the course of his career as he did.

I can clearly remember watching and re-watching – in other words being totally under the spell of – his Playstation “Double Life” commercial back in 1999. I think this one will always be my personal favourite.

Yet this was only one of many, many memorable films made after he turned full-time director and left his creative director post at Boase Massimi Pollitt in 1992 to join Paul Weiland Film Company, and three years later become a partner and co-founder at Gorgeous Productions.

He had started out in advertising as a copywriter at BBDO after taking an art course at Manchester Metropolitan University, then joined M&C Saatchi and finally BMP. Here is an example of an Fisher-Price ad which he conceived as a copywriter for Boase Massimi Pollitt and which featured in Archive 29 years ago, in Vol. 6/1986: 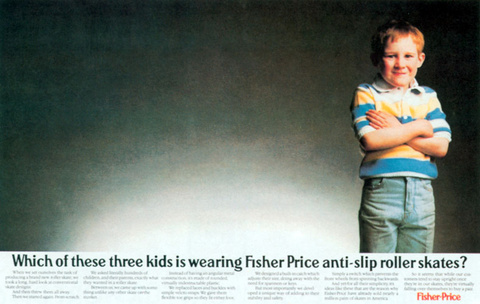 Not much later and still at BMP he created with Kim Papworth, and art directors Bill Gallacher, Coline Jones and Tony Davidson, this extraordinary campaign for The War on Want, featured in our Vol. 1/1987 issue: 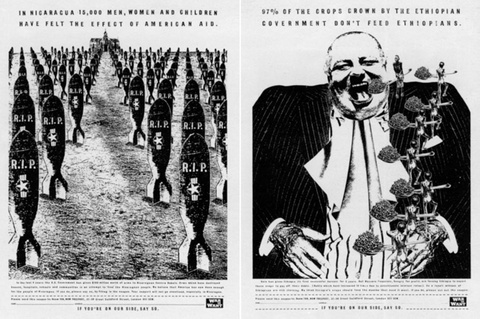 Or two years later this beautiful campaign for Malvern when BMP had merged with DDB, London: 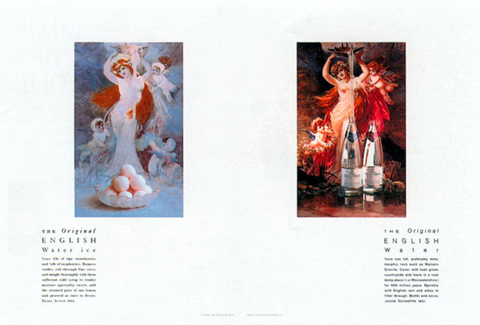 During his time at BMP, in 1986, he worked under John Webster’s tutelage on in the legendary “Points of View” commercial for the Guardian newspaper and met the spot’s director Paul Weiland whose company he would later join.

I also found a delightful poster for Vauxhall by DLKW Lowe from 1995 to which Frank Budgen contributed as a photographer (as he would seven years later to a famously notorious print campaign for the Coco de Mer chain of sex shops created by Saatchi & Saatchi, London).

Of the many great commercials Budgen directed in the late 90s and 2000s, these stand out to me particularly:

And there was also Levi's "Rub Yourself". Budgen won the Film Grand Prix at Cannes twice, once with his Nike “Tag” commercial in 2002 and a year later with his “Mountain” spot for Sony Playstation.

One of his final remarkable pieces of work was the brilliant "Welcome to Coffee" ad for Taylor’s of Harrogate, shot just last year when he was already quite ill.

I remember seeing him at the D&AD’s 50th anniversary celebration where they honoured those who had won more of its awards than anyone else with lifetime achievement accolades. In the Most Awarded Commercials Director category it was of course Frank Budgen up there on the stage along with joint winner Tony Kaye.

RIP Frank Budgen, all of ad land will sorely miss you!

Banner image is a still taken from Sony "Double Life"