SHOULD WE PUBLISH THE EXPEDIA CAMPAIGN?

Should the new Expedia campaign feature in Archive? Editor-in-Chief Michael Weinzettl puts the case for and against.

In early January, Creative Review featured a new campaign on their blog created by Ogilvy London for Expedia, the largest online travel company in the world. I was arrested by the ads which play with IATA airport codes “to great effect” - as CR put it.

Not only because they are really quite striking and very well art-directed, but mainly because we featured the very same idea – words formed from IATA airport codes as found on luggage stickers - two years ago in the magazine (Vol. 3/2011). Back then the campaign was for Bayer Aspirin and was created by BBDO Düsseldorf. 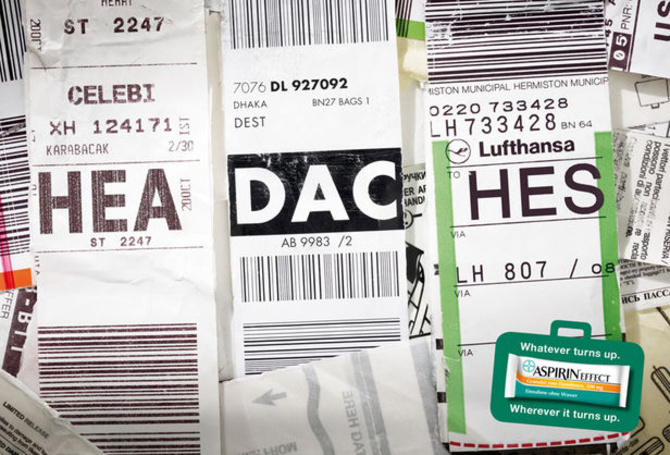 I phoned up Christian Mommertz, Head of Creation at BBDO Düsseldorf, who was himself creatively involved in coming up with the Aspirin ads.  I didn’t have to do much explaining. He’d already been alerted the day before about the remarkably similar ads from the UK.

He didn’t seem to be all that bothered about it even though the Aspirin campaign, apart from being featured in our magazine, didn’t perhaps get quite the recognition it deserved at the time.

He mentioned that in 2007 when he was still at Ogilvy & Mather, Frankfurt, he had done another campaign - this one for the Malteser Ambulance Services - with snippets of letters taken from alcohol bottles to create words (featured in Vol. 5/2007 of Archive). So when the Aspirin one came out four years later, the German trade press carped more about him “doing the same thing again” for Bayer, even if this time the snippets were taken from IATA airport code stickers.

The Expedia campaign has been submitted for publication in Archive and I’m in a quandary as to whether to feature it in the next issue of the magazine or not. I’m not a hardliner when it comes to “done” ideas being revamped and elaborated - as long as the result is better, more sophisticated. And I do prefer the art direction of the new campaign over the Bayer one.

I’m also a firm believer that great minds do think alike and that sometimes certain visual ideas can be arrived at independently by creatives without them necessarily copying each other.

Walter Lürzer used to be the exact opposite in that respect: it just took one similar thing to appear in an ad - no matter how different the context and message of the print ad or commercial - and he would immediately cry foul. To give one example: I had long discussions (how much I miss those, and him!) with Walter about the Cadbury Gorilla ad, which he loathed.

Among the reasons for his distaste was another monkey-plus-music commercial, a famous Japanese one for the Sony Walkman from way back 1988, which to me in terms of mood and atmosphere was in a completely different league. (It won Gold at Cannes that year.)

Should we publish the new Expedia campaign from Ogilvy London in Vol. 2/2013 of Archive? Let us know on our Facebook page. I’m keen to see how you view this case. 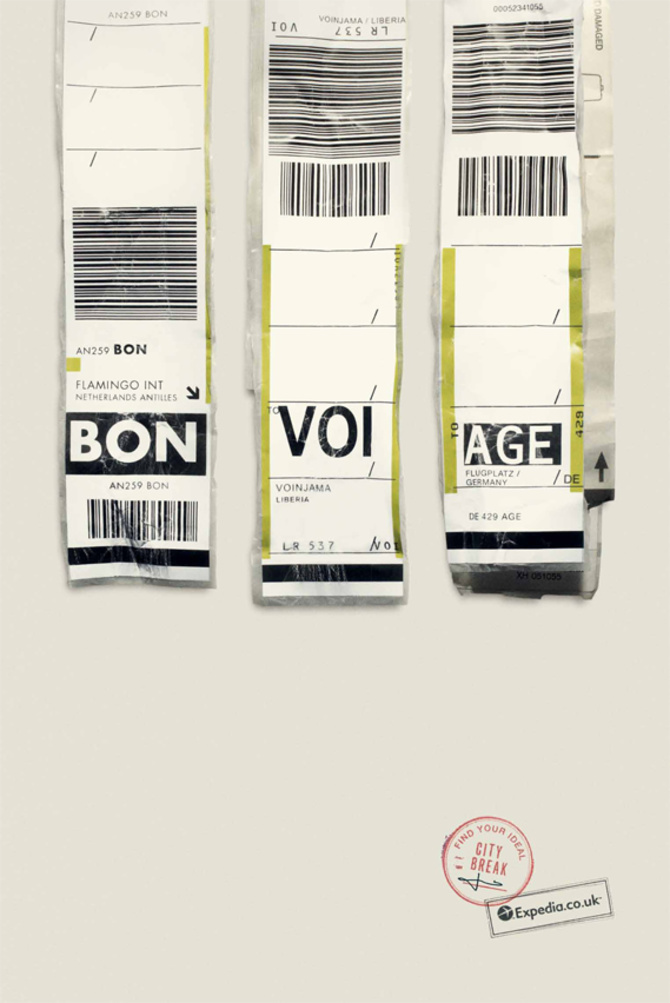 Image: An ad from Expedia's print campaign by Ogilvy London. 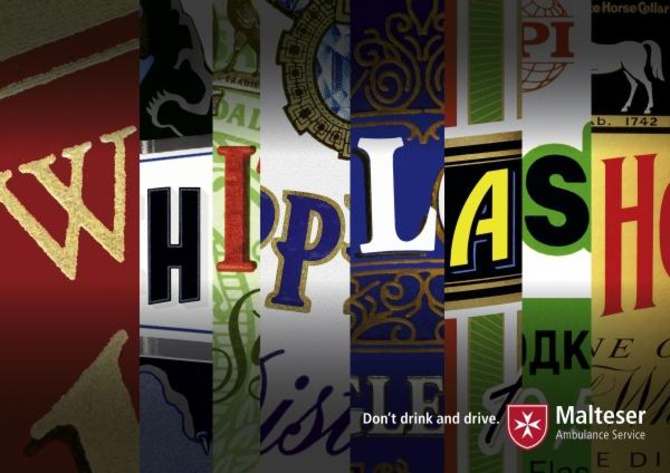