Michael Weinzettl takes a look at some of the winning work from The Spikes Asia Festival of Creativity 2013. 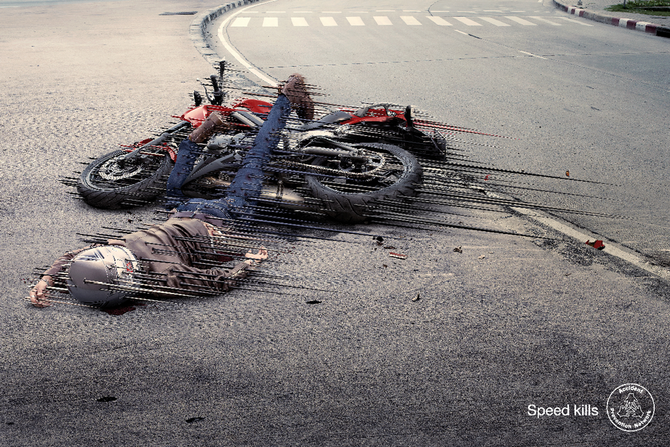 The Spikes Asia Festival of Creativity which honours the best work from Asia Pacific, took place from 15 –17 September at the Suntec Convention & Exhibition Center in Singapore.

Ten juries chose from 4,900 entries from 20 countries and the awards were announced on the final night of the Festival.

I wish there were more discoveries to write about but, once again, you’ve seen most of the work in the print, outdoor and film categories that was awarded with the major prizes in our magazine (or at Cannes which is now the “sister festival” of Spikes Asia).

In the Film category, McCann Melbourne picked up the Grand Prix - as well as another Grand Prix for Film Craft for the Metro Trains spot “Dumb Ways to Die”.

We have previously covered the campaign exhaustively and featured it in our magazine as early as Vol. 1/2013. Meanwhile, it has become the fourth most viral ad of all time and the most shared PSA in history.

The Dumb Ways to Die campaign itself picked up a total of 21 awards at Spikes. This made me think (perhaps not entirely justifiably since the Australian Metro Trains did certainly run in many forms and media) of a comment Antonio Bechtle, senior copywriter of Lithuanian agency Milk made to me last Saturday.

I had the pleasure of meeting both him and ECD Rimantas Stanevicius in Berlin, where they had taken the whole agency for what I hope turned out to be a fun-filled weekend.

Antonio, who is also the man behind the latest fabulous long copy ad campaign for Lürzer’s Archive - "Yes, we are Lürzer's Archive", was musing about how nowadays agencies enter their work in so many categories that, if lucky, they may emerge from an awards show with an armful of trophies for a single creative idea – something that seemed to us a rather odd and relatively recent development.

Of the three Gold Spikes in Film, one went to another Australian entry, Clemenger BBDO’s “Beer Chase” (featured in Vol. 6/2012), one to Dentsu Tokyo’s “Batting Practice” for Murata Kampo Chinese Herbal Medicine (included in our upcoming issue, Vol. 5/2013) and finally to “Help a Child Reach 5” for Unilever Lifebuoy soap which comes from Lowe & Partners Worldwide, London.

As for Print and Outdoor, perhaps a bit strangely, there were no Grand Prix awarded. Gold Spikes went to three motifs from the Sunlight campaign by Lowe, Bangkok (among them that feisty pig again!) and Bejing Sports Radio from Ogilvy & Mather, Hong Kong (both featured in Vol. 4/2013).

Lowe’s campaign also won Golds in Outdoor and Craft. Berlitz Language Center from Jakarta agency Hakuhodo also took a Gold and can be found in Vol. 3/2013 of Archive. There was another Gold Craft Award for Staedtler Audio Books - also on view in our latest issue. The only Gold Spike we missed out on (as it hadn't been submitted to us) was for a social organisation called Accident Prevention Network by Ogilvy & Mather, Bangkok, which you can see to your left.