The 2015 Lürzer’s Archive Student of the Year winners

Announced: Michael Weinzettl talks to the 2015 Lürzer’s Archive Student of the Year winners. 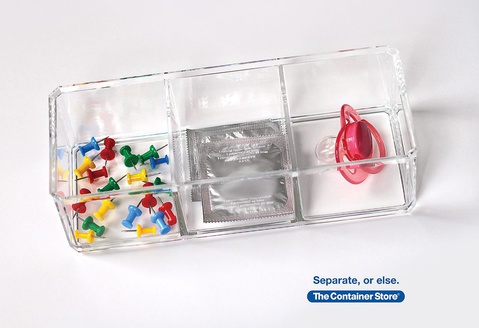 For the first time in seven years our annual Student of the Year award does not go to a student/alumni of Miami Ad School. Instead it goes to two (former) students of New York's School of Visual Arts: Irina Siraeva and Mats Wilke and their ad for The Storage Company. The candidates were narrowed down by our readers and then a jury of six (including myself). 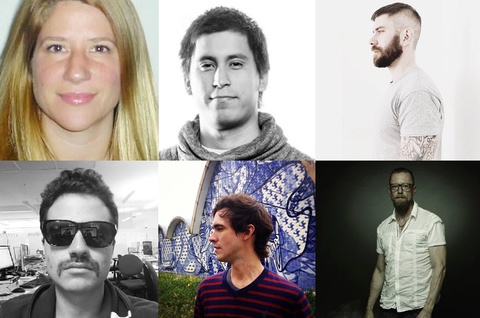 “The ad is very simple yet tells you the full story,” says Renata. “It uses humour in a smart way. It doesn’t just show a funny image, but it walks you through a series of events. Sure, if you mix your condoms with pins, they will get perforated and you will end up having a baby. Which leads to a second point: The ad is bold for tapping into the subject of having unplanned babies and the consequences of not being organised.

“So in conclusion, simple idea, great insight and compelling story telling... I think it deserves to be a winner.”

Marc Hasan Bieri argued along similar lines: “A very simple yet very cleverly executed ad. It tells a story with no more than three or four objects, and it immediately creates additional images in your mind, maybe even a movie. The visual is strong enough for the ad not even needing a tagline, which shows that it really is strong and well thought through."

Winner, Irina Siraeva, was born and raised in Belebey, a small town in Russia located in the Southern Urals. She studied Fashion Design at the Ufa State Academy for three years. In 2007 Irina had an opportunity to move to Philadelphia where she took courses at the Art Institute of Philadelphia. 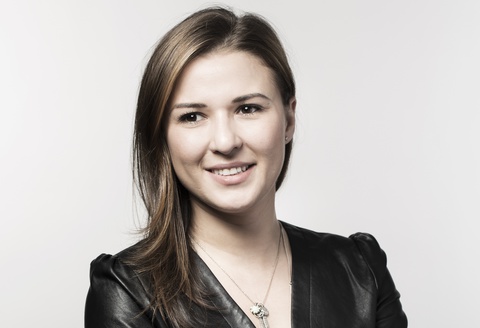 “It was not easy at first - the different culture, language and food,” says Irina. “My English was so bad, they didn't want to accept me at the school I had to take English classes before I went to college. It was like knowing how to walk but you’ve got to learn to again. I was homesick big-time.”

She then relocated to New York to study Advertising and Graphic Design and pursue a BFA at the School of Visual Arts.

“Advertising is a bigger world where I can think and work in different directions,” she told me. “You get to work in different fields like sport, food, cars - and fashion. There is more to explore which motivates you to push your limits.”

Now 28 years old, Irina lives in New York and works as an art director at BBDO New York. She works on accounts that include Visa, Campbell's, Dove, as well as many other open briefs.

Her partner on the winning ad, Mats Wilke, is a 26-year-old Dutch copywriter who attended the Willem de Kooning Academie in Rotterdam when the opportunity arose for him to study a semester at the School of Visual Arts in New York. 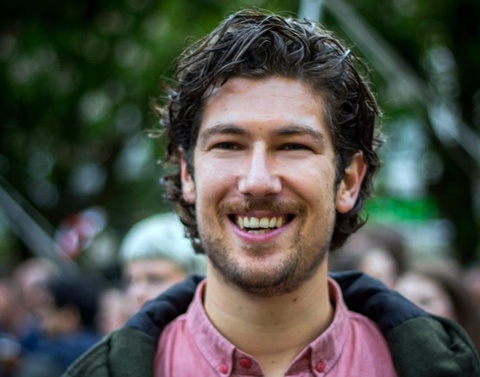 At a class called ‘Unconventional Advertising’ taught by Frank Anselmo, he and Irina met. Mats told me that his interest in advertising dates back to his high school days:

“At the time I couldn’t really be bothered with studying and thinking about my future. But I started doing graffiti with some friends and got really hooked. I wasn't the best at doing sketches but I knew how to handle a spray can, so I started thinking of original and remarkable places to spray graffiti - a bit like media planning if you put in an advertising perspective. In graffiti you are basically advertising yourself, except the concept is often not so deep. But you have to stand out between all those other graffiti pieces.” 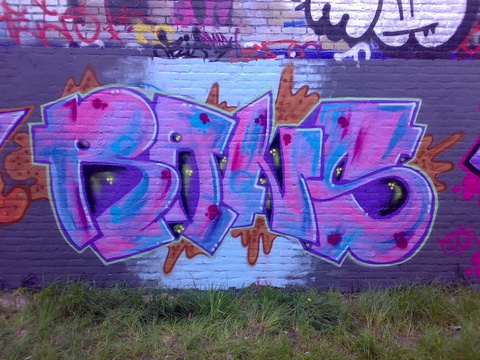 After his return from New York, Mats started as a junior creative at Publicis Amsterdam, working on almost all the agency’s clients including ALS Foundation, Renault, Randstad, Nescafé, Maggi and Garnier. As of October, Mats will start as a copywriter at JWT Amsterdam.

"It was a great partnership, I miss him so much," says Irina, who is still in touch with Mats. The pair are no strangers to students awards, having won several including two One Show pencils, an Andy award, a Clio and various merits and nominations. Still, they were thrilled to be the recipients of our 2015 Student of the Year award.

“I think it's really cool and a great honour to win the Lürzer’s Archive Student of the Year contest! Ten years ago I started as a graphic design student, not knowing that I wanted to be a copywriter later. And at my first internship they had a subscription on Lürzer's Archive, which I’ve always checked out and was amazed to see all these great ads. And now Irina and I even win a contest held by you guys!”