Which Game Day spots impressed the most? Michael Weinzettl delivers his verdict on the Super Bowl XLIX ads. 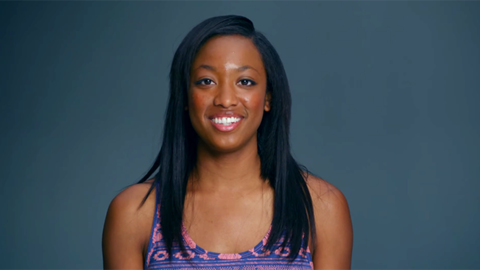 Giving my two cents in on the commercials aired at the 2015’s Super Bowl I may be a bit late to the party but at least I had the chance to gauge the media’s response to them. On the whole it seems that this year’s crop left a large part of the audience as well as the “experts” if not exactly dissatisfied then somewhat underwhelmed.

There was nothing this year that resulted in the heated discussions generated by last year’s Coca-Cola “America the Beautiful” commercial, but then that was really the only ad from 2014's Super Bowl that stuck out and that I still could remember off the cuff.

Once again advertisers seemed hell-bent on entertaining the viewers and impressing them with big production values and celebrity-studded casts. There were lots of car ads to be seen though Volkswagen the company responsible for one of the most memorable Super Bowl ads in recent memory, “The Force” in 2011, was notably missing this time around.

Some of these were quite fun – such as the spot for the BMW i3 electric car starring former “Today” show anchors Katie Couric and Bryant Gumbel being as clueless in their reactions to electric cars as they were – as seen in footage from 1994 – back then over a newfangled thing called “The Internet.”

By several accounts, the winner of the popular vote was “Lost Dog,” the all buttons-pushing crowd-pleaser for Budweiser that trotted out yet another puppy this year and of course the signature Clydesdales which come to its rescue when it is attacked by a wolf. Enough said.

The most surprising entry in the mega-bucks production values stakes for me this year was an apocalyptic sci-fi extravaganza by Deutsch LA for a relatively minor player, the Mophie brand of battery-charging phone cases. The spot taps into the sense of chaos and horror that many of us now feel when faced with a dead cell phone battery. Loaded with Michael Bay-style special effects that looked incredibly expensive, it made for quite an impressive Super Bowl debut.

As if there weren’t enough advertising awards around, the Clio Awards (owned by affiliates of Guggenheim Partners, who also own Adweek) decided this year to launch the Clio Creative Bowl. It had an illustrious jury which included big names such as Ted Royer of Droga5, Rob Schwartz of TBWA\Chiat Day New York and David Lubars of BBDO Worldwide.

Not very surprisingly, the award went to BBDO New York for their “Brady Bunch” ad for Snickers, featuring Steve Buscemi and Sons of Anarchy actor Danny Trejo. It’s the latest in the "You're not you when you're hungry" series which was launched five years ago and has given us already quite a few very successful – and internationally used – spots, starring amongst others, Betty White, Joan Collins, and Aretha Franklin, and all of them featured in past issues of Archive.

The latest instalment won over three other finalists, all of which I quite liked:

Loctite's "Positive Feelings" by Fallon, Minneapolis  exhibited a weirdly lo-fi, left-field, even random, approach to tickling the viewers’ funny bones that was at least markedly different to everything else that night. Apparently the cost of airing it took the lion’s share of the German glue manufacturer’s annual ad budget. Judging from the general response to the odd spot it was well-spent.

Always' "#LikeAGirl" by Leo Burnett, Chicago was one in a number of commercials that I had seen before when they debuted online – albeit in a very slightly modified version. It was the subject of our website's daily feature of July 22, 2014.

There seems to be a new trend for advertisers – Doritos led the way – to offer up a certified viral as their Super Bowl commercial. The same is true of Fiat’s “Viagra” spot by The Richards Group which had been around for a few months online, collecting ‘Likes’ before getting exposed last Sunday to what was potentially an additional 110 million viewers.

The third of the runners-up in the Clio Creative Bowl was Nomore.org's ad by Grey, New York. A quietly powerful spot that one possibly needs to see more than once to appreciate its quality. Perhaps not the best bet for the rowdy occasion on hand but certainly an excellent commercial.

Clio chief Nicole Purcell said of the new award: "We've seen more people tuning in for the ads than the game itself. It's become the prime showcase for the most innovative and inventive creative of the year.”

This last sentence made me laugh: If there is one thing that Super Bowl commercials do not stand for it is innovation. And who could blame the advertisers for sticking to the tried and trusted when having to cough up, as they had to this year – after another sharp increase since last – 4.5 million for thirty seconds of air time?