Michael Weinzettl invites you to visit our international touring exhibition, which kicks off in Hamburg. It celebrates the 30th anniversary of Lürzer's Archive by showcasing 30 outstanding pieces of advertising in large format.

On the occasion of our 30th anniversary we’ve organised a touring exhibition which we’re staging in association with Fuji.

It premiered yesterday in Hamburg at the annual convention of the BFF, the German photographers association (which always coincides with the annual ADC Germany event and award show held within walking distance).

The next stop, as of now, will be in Frankfurt, Germany on July 17. In mid-September we will be in New York City, where the exhibit – consisting of large format prints of the ads provided by Fuji - will be hosted by the Art Directors Club headquarters in 106 West 29th Street.

We’re going to add more dates, possibly in London, Paris, and – I sincerely hope – Latin America, but we haven’t yet settled on a city. Naturally, Sao Paulo or Buenos Aires would be the preferred venues (judging by the statistics gathered through our Facebook group, along with Bogota, these are the places where Archive has the most fans worldwide).

As for the 30 campaigns we have chosen, with such a wealth of great ads to fall back on, it was an embarrassment of riches we were facing. We could have easily picked 60 or 90 – or even 100 – great campaigns. What I then tried to do was to select great ads that were not too well-known and obvious stuff most ad folk, particularly creatives, have surely seen their fill of by now.

An example here would be the Benetton “Kiss” poster which I selected over the more obvious “Baby” - both created by Olivero Toscani in 1991. That beautifully staged and photographed “Kiss” between a nun and a priest which Benetton themselves apparently felt no one remembered much – or why else would they have trotted out the “Kiss” motif again a couple of years ago in their “UnHate” campaign – this time featuring political leaders smooching away, in a much – how else could it be – less aesthetically pleasing fashion.

We did go for some major award-winning stuff like the Volvo “Safety Pin” poster from Japan that won the 1996 Cannes Lions Grand Prix, but also included quirkier stuff; campaigns that may not be in the top of everyone’s mind (anymore) and work that perhaps never got all the accolades they deserve.

remembered – poster from 1992. It was created by David Droga when he was still at Omon, a small boutique in Sydney, long before he became creative director and worldwide creative chief at Saatchi & Saatchi. He went on to founded Droga5, which surely ranks among the top three most highly regarded and award-winning agencies in the world today.

We will keep you posted about the progress or our “travelling show,” and hope we can meet you there personally should it touch down where you are. 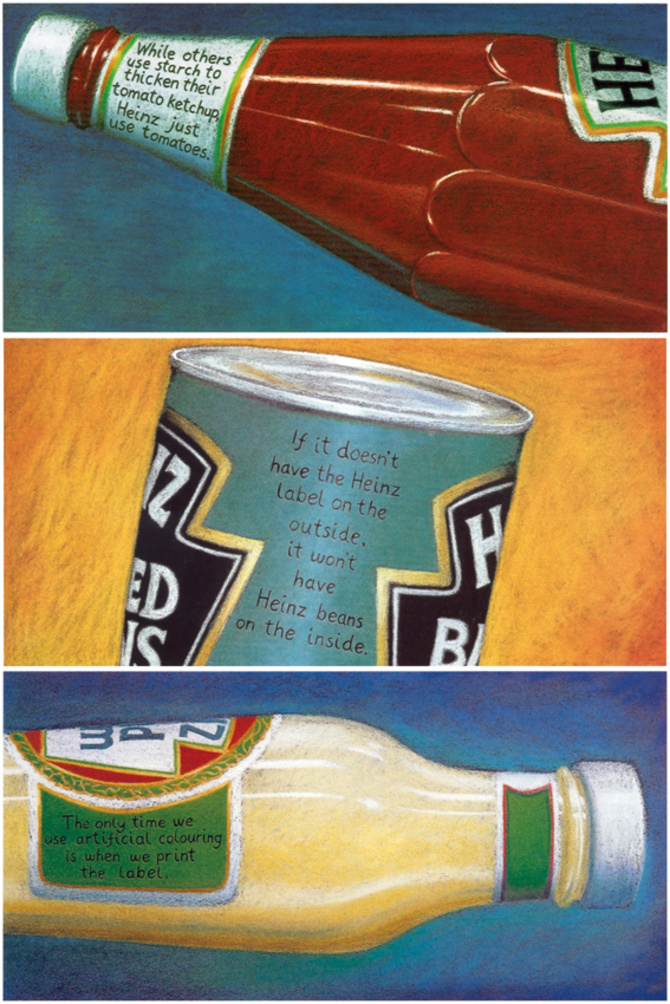