THE CHRISTMAS ADS WHICH WANT YOUR TEARS

“It won’t do to simply discard these films which are, after all, extremely well crafted, no matter if one may despise their ultimate purpose” – Michael Weinzettl on the UK’s latest Christmas ads, including the much talked about “ Bear & The Hare” for John Lewis.

Walter Lürzer hated Christmas commercials: “This type of advertising only worsens my annual Christmas depression,” I remember him saying.

In fact he didn’t like any commercials that tried to milk the viewer’s tear ducts or tug at their heart strings. He did make an exception for social advertising where he thought the appeal to human emotions was justified – but never for the creation of sentimental illusions for the sake of a brand’s image.

After all, he came from a generation in advertising that had grown up in the business with the philosophies of Bill Bernbach (“The consumer is not a moron. The consumer is your wife.”)  and Howard Luck Gossage, a type of advertising that tries to inform, even enlighten, the consumers rather than drown them in emotion only to gain better access to their wallets.

He never did buy the line espoused by smart ad men that it is really all about “establishing a warm relationship with the consumer”, so often used to mask the true monetary purpose of the type of ads that abounds at this time of the year.

So I have a pretty clear idea of what Walter Lürzer would have made of this year’s offering of Christmas commercials from the UK. Still, however much I have always agreed with him on this, it won’t do to simply discard these films which are, after all, extremely well crafted, no matter if one may despise their ultimate purpose.

The best of the lot and, according to the general response on social media, the most popular one is “The Bear & the Hare” for John Lewis. This chain of retailers has already built a reputation for coming up with emotionally powerful stuff for the festive season.

This year’s £7million Disney meets Watership Down-inspired advert tells the story of a selfless hare that makes sure his best friend, a bear, doesn’t miss Christmas for once, by giving him an alarm clock  as a present.

It’s beautifully made – if to me personally not as affecting as their 2011 commercial. (Even though that one ruined for me a perfectly good song, The Smiths’ “Please Please Please,” whereas Lily Allen’s cover  of Keane’s “Somewhere Only We Go” for this year’s ad seems  a  more congenial choice of soundtrack.) 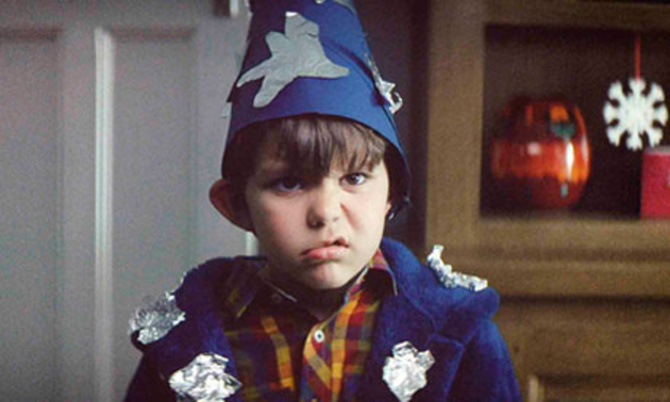 Image: John Lewis "For gifts you can't wait to give" by Adam&EveDDB featured in Lürzer’s Archive Vol. 1/2012. The Smiths' lead singer, Morrissey – who once sang "Shoplifters of the World Unite" – had given his blessing to the use of a cover of "Please, Please, Please Let Me Get What I Want" in the Christmas ad.

The fact that there have already been loads of parodies of the spot - including a funny plot point breakdown by the Huffington Post - are an indicator of the commercial’s impact with the general public.

Then there is  the Christmas ad for Marks & Spencer with the tagline “Believe in Magic and Sparkle” (it too has been given an amusing plot breakdown) - a slightly bizarre mix of Alice in Wonderland and the Wizard of Oz, starring model Rosie Huntington-Whitely in various states of undress and  Helena Bonham Carter as some kind of digitally composed witch.

Whether one likes it or not, it is certainly a departure from previous festive efforts by M&S which were largely plotless and showed ladies of a various ages – among them M&S regular, 60s supermodel Twiggy – frolicking in the retailers’ festive garbs.

Wieden + Kennedy London’s Christmas commercial for the Tesco chain of supermarkets seems to be taking the other route by adapting a low fi, home-made look - quite the opposite of John Lewis and M&S’s lavish extravaganzas.

It’s an illusion of course, since the seemingly home-made shots of a family enjoying Christmas over the years have, of course, been painstakingly recreated under the direction of John Crowley and set to the strains of Rod Stewart's "Forever Young" from 1988.

Twelve different setups in all, plenty of hair and makeup work went into aging the couple in the final scenes – for me the commercial’s weakest part. Interestingly, the whole aging make-up business hardly ever seems to work. It usually sucks and, with a few marked exceptions, that also goes for  Hollywood’s attempts in that direction.

Video: John Lewis "The Bear & The Hare" by adam&eveDDB, London

You might like: Effective ads: the campaigns that actually work | The daring image that made the cover of our new photography book