We’re about to put the finishing touches on our new Special, 200 Best Illustrators Worldwide. It will be out in the middle of August, together with Vol. 4/2014 of Archive magazine. Michael Weinzettl lets you have a glimpse of what will be inside.

And since we’re still looking for the perfect cover image for the new book, we might as well ask you, our discerning audience, which of the eight options we have so far happens to please you most.

There are of course always a number of things to consider when choosing a cover as you all well know by now. The format of the original image should if possible be the portrait, not a landscape one – unless you want to zoom in on a certain striking detail and crop the rest. This is often more easily done with ads but can be a challenge with the cover image for the Illustrators Special which usually has the format is has because the artist wanted it to be that way.

The cover of the very first volume of 200 Best Illustrators (2005/06) famously featured the “double mouthed” George W. Bush by the great Anita Kunz. Dreaded George W was followed by the 2007/08 volume with a highly original depiction of North-Korean dictator Kim Jong-Il by Hanoch Piven, an illustration that originally appeared in Time.

For the 2009/10 volume we went for an image by Cuban American artist Edel Rodriguez which showed Chairman Mao dressed in a suit with Louis Vuitton logos all over it. We ran into trouble there with our Chinese distributor. He would have nothing of it. So we had the copies for the Chinese market reprinted with a more innocuous cover.

We broke the trend of putting political figures with 2011/12 edition by selecting a portrait from a campaign for a paper company showing a traditional Indian guy composed entirely of paper rolls. The illustrator was Anant Navare.

So much for this trip down memory lane. Coming up are the eight contenders for the cover for the 2014/2015 edition:

Italian illustrator Paola Piglia who’s currently based in London has been a continuous presence in all or our 200 Best Illustrators specials and here is one of her beautiful contributions to this latest one. Client: Zoo de la Ave, Costa Rica: 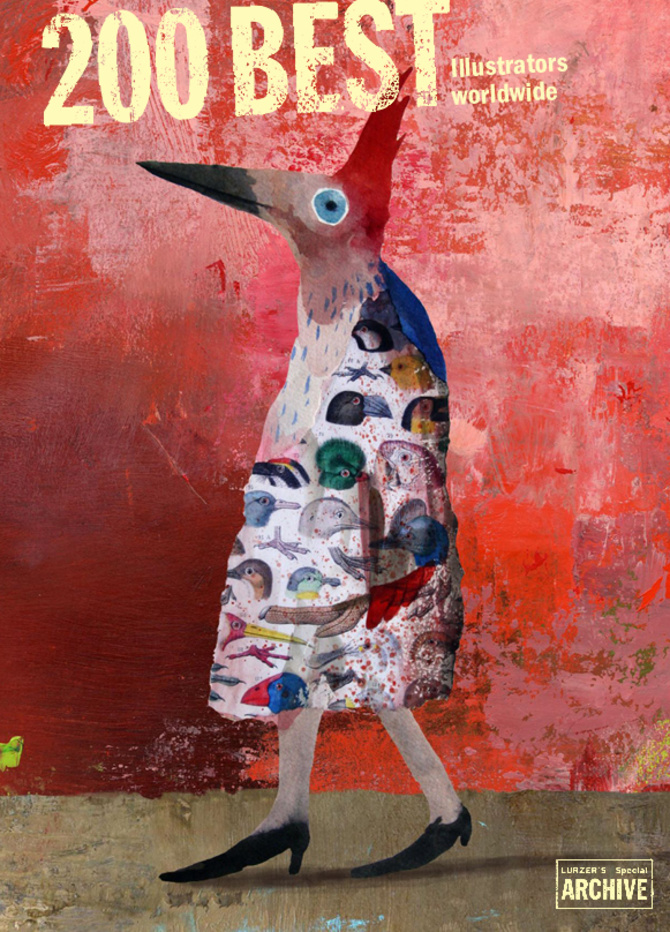 The same can be said for what is no doubt Germany’s most internationally famous Illustrator, Olaf Hajek, who was once also on the jury of our Best Illustrators book. Here an image created for Bohem Press: 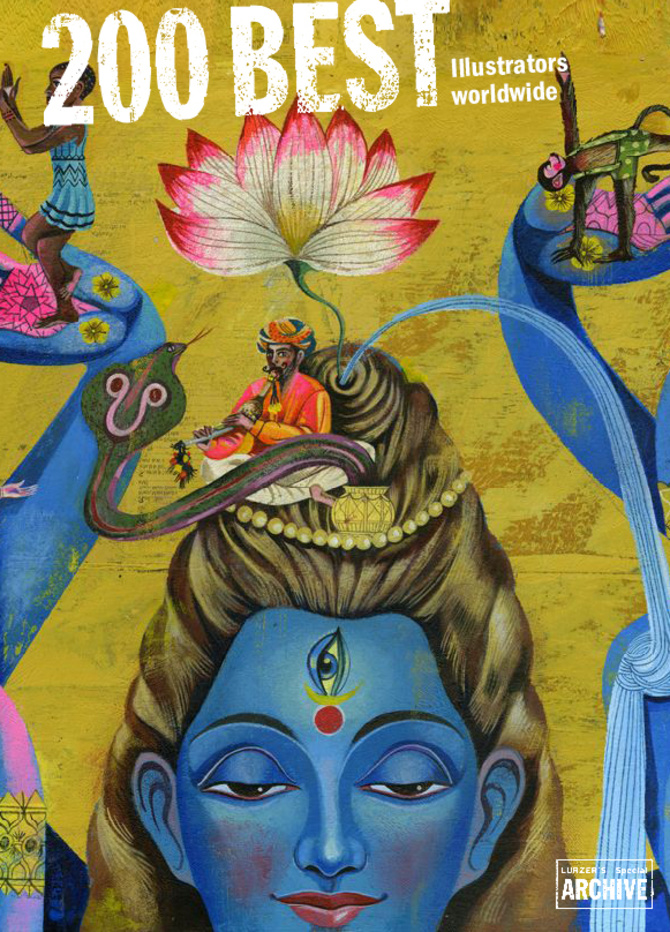 Paris-based artist André Sanchez too has been featured in the specials and the magazine various time. This 'Skull' illustration we propose as a cover option was done for self-promotion: 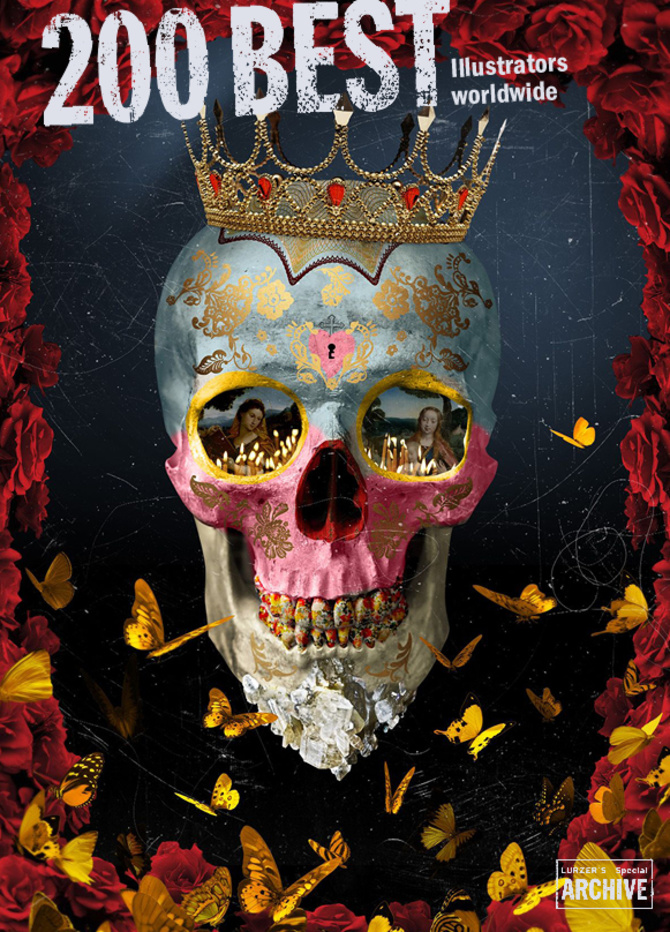 This is by Romanian illustrator Adrian Iota, the client was Spunk Tattoo Bucharest: 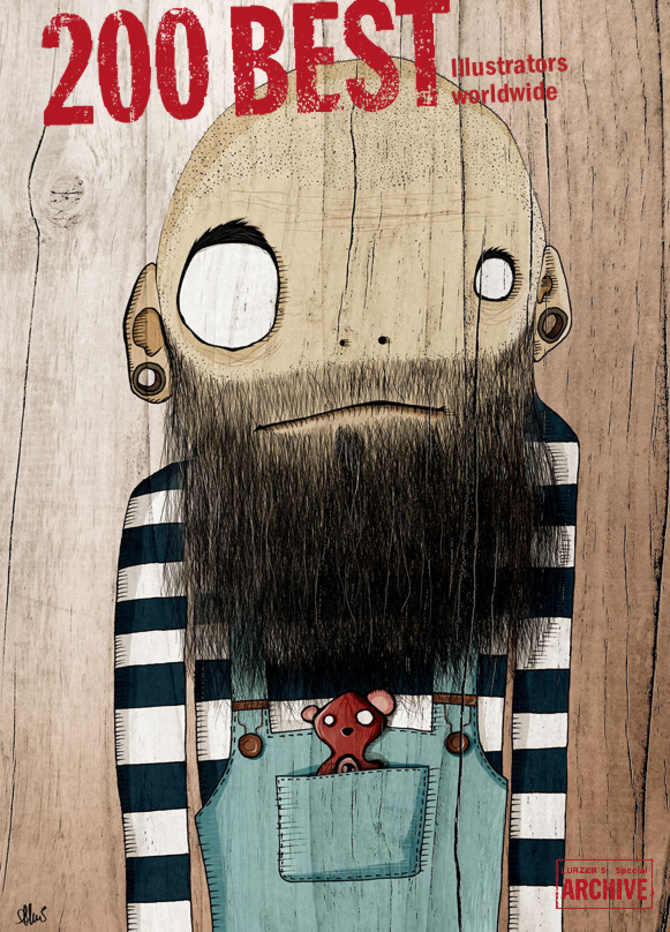 Emily Cooper, based in Vancouver, is present with an illustration/collage for the Shaw Festival, a Canadian theatre festival in Niagara-on-the-Lake, Ontario: 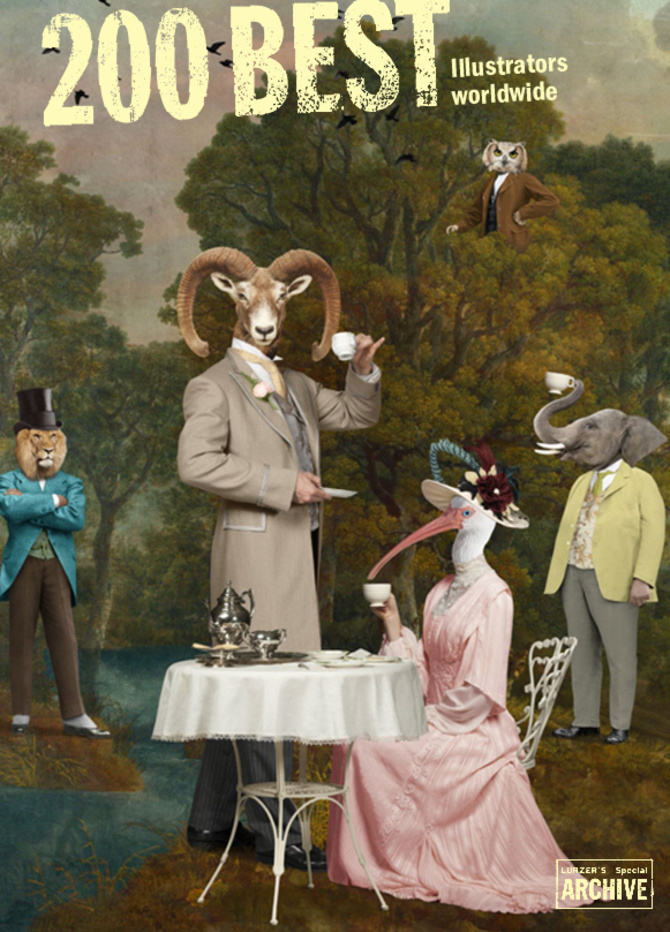 US illustrator David Ho received a batchelor’s degree in Sociology from UC Berkeley before deciding to become an artist. Here is one of his 'Kiss' images as a cover option: 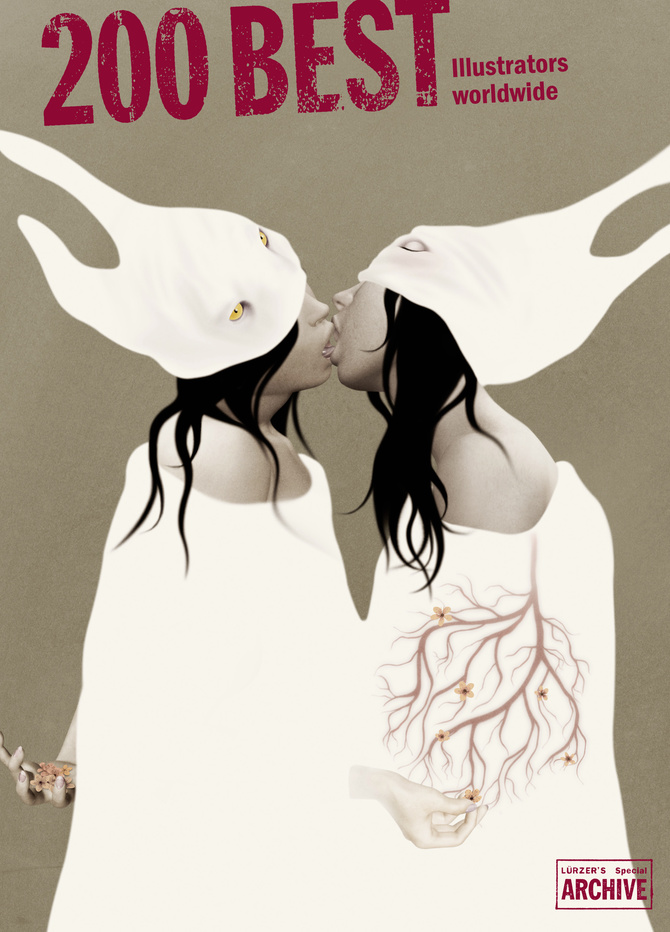 If you do like your politician on the cover, here’s an illustration done by Mark Smith for an editorial feature in the Harvard Kennedy School’s magazine: 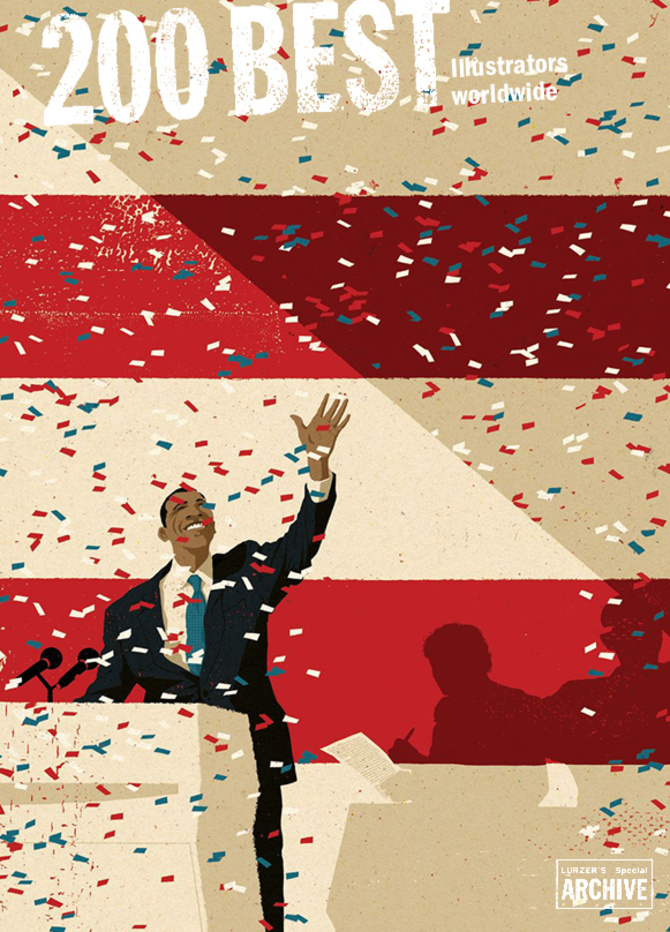 And finally, a self-promotional piece, 'Pencil' by US illustrator Mohamed Danawi who for the past 17 years has also been a Professor at the Savannah College of Art and Design: 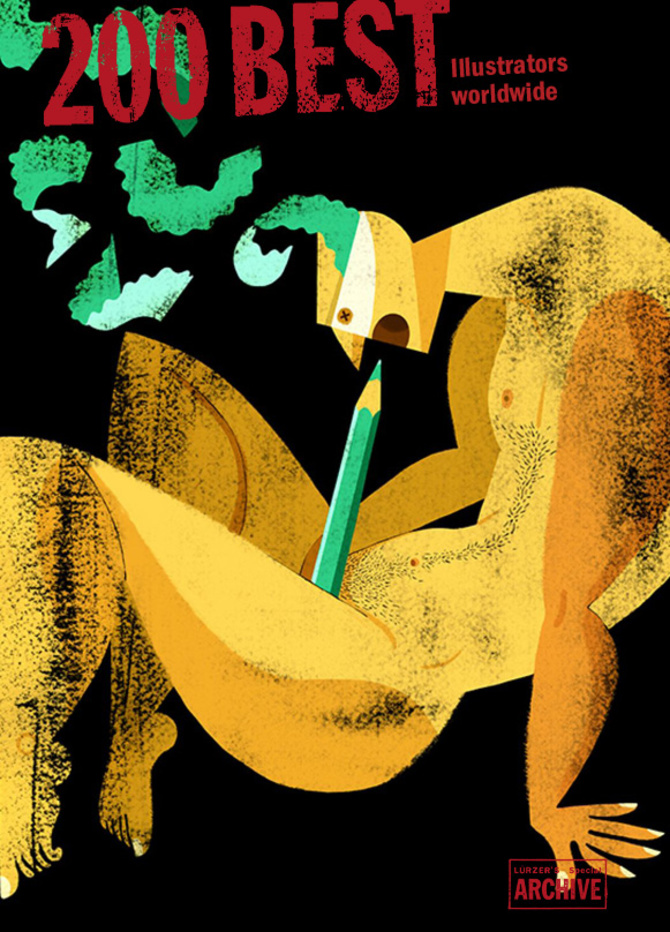 Let us know which ones you like to see on the cover of our upcoming Illustration Special: CLICK HERE TO VOTE. 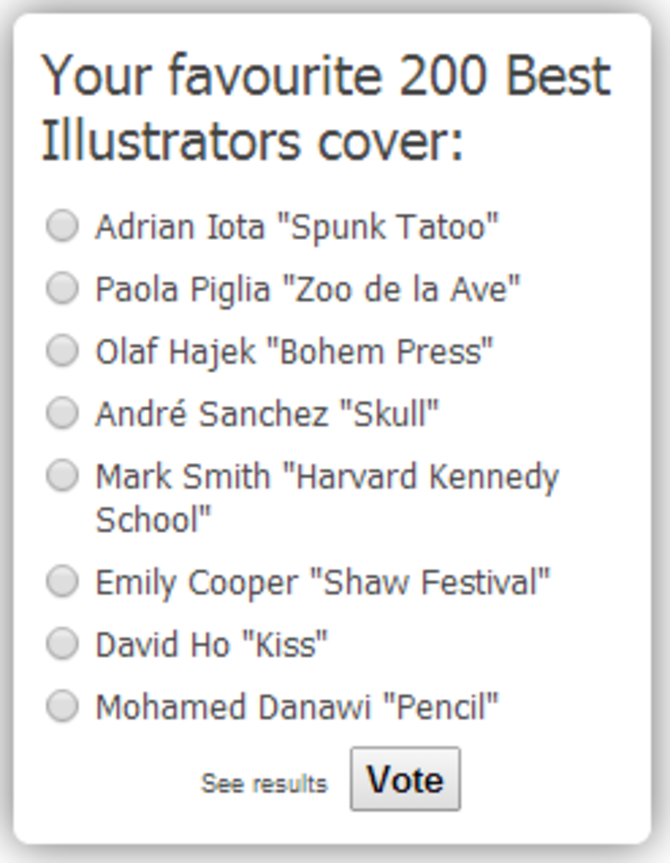