To my mind – somewhat jaded I must admit after scanning the advertising world’s products for 28 years – D&AD still has the most prestigious awards scheme around. Last Thursday this year’s Black Pencil winners, which are comparable to Grand Prix awards at other shows, were announced. For the first time, as many as seven Black Pencils were awarded from the 683 entries that made it to the In-Book shortlists: 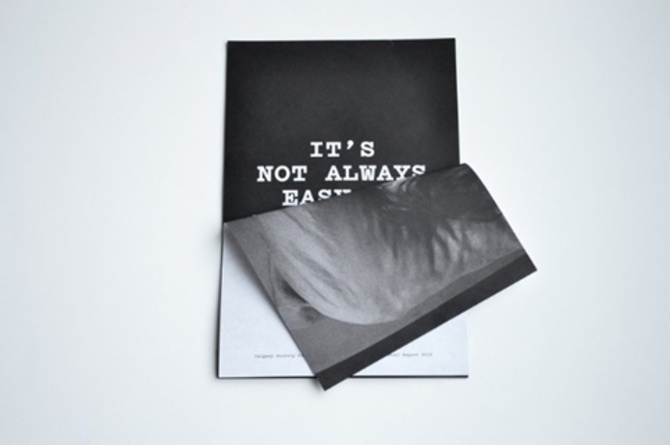 When designing the annual report for the Calgary Society for Persons with Disabilities, WAX Partnership decided to make it hard to read, to highlight the fact that ‘being handicapped is hard’. The report is bound with a single staple and features ‘stark’ photography and ‘honest’ writing. 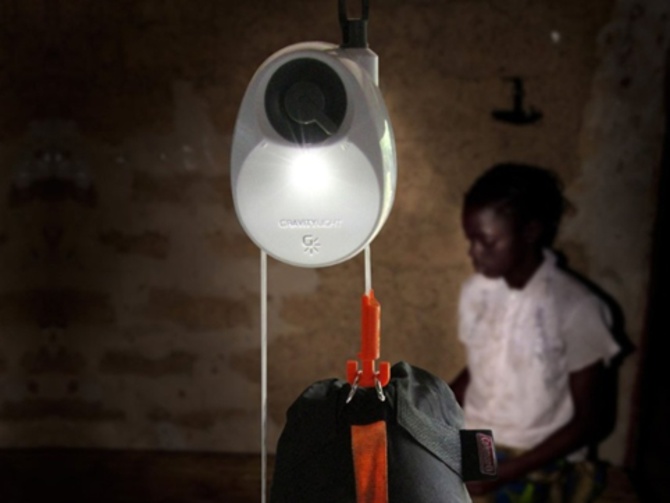 GravityLight is an LED lamp powered by gravity. A weight drops slowly under the force of gravity, creating 30 minutes of charge for the lamp.

Three different campaigns tied for the most awarded campaign. “Sweetie” by LEMZ, “Sound of Honda / Ayrton Senna 1989” by Dentsu Tokyo and “The Epic Split” by Forsman & Bodenfors.

Other campaigns taking home two Yellow Pencil awards included “Real Beauty Sketches” by Ogilvy & Mather Brazil for Dove - featured back in Vol. 3/2013 (and I must say, I’m still not a great fan of it, what with Dove all too eagerly and blatantly exploiting society’s narcissist obsessions) and the lovely “Magic of Flying” by OgilvyOne Worldwide for British Airways, one of the selections in our Digital section for Vol. 2/2014.

Dentsu Tokyo’s “Sound of Honda / Ayrton Senna 1989”, brought to you by us as earlier this year was the most highly awarded campaign overall. It’s haul of one Black Pencil, two Yellow Pencils, one Nomination and four In Book Awards helped Dentsu to the prize of Most Awarded Digital Agency.

Ogilvy & Mather Paris was crowned Most Awarded Advertising Agency on the night, following a string of awards for its work with IBM.

The United Kingdom again topped the tables with 182 awards in total, including nine Yellow Pencils,one White Pencil and one Black Pencil followed by the United States with 12 Yellow Pencils amongst its 123 awards.

France capped an outstanding year for Europe with 48 awards (three Yellow Pencils). Sweden reaped in five Yellow Pencils (13 total) and the Netherlands’ tally of two Black Pencils, one White Pencil and three Yellow Pencils proved the continent’s creative output to be in fine shape. German creativity seemed to be sadly lacking this year.

Our readers will be somewhat taken aback to hear that according to D&AD “the country that made the biggest new impression at D&AD was India which took home a remarkable 25 awards.” They already know from the pages of Archive magazine that Indian advertising creativity has been going strong for ten years at least. 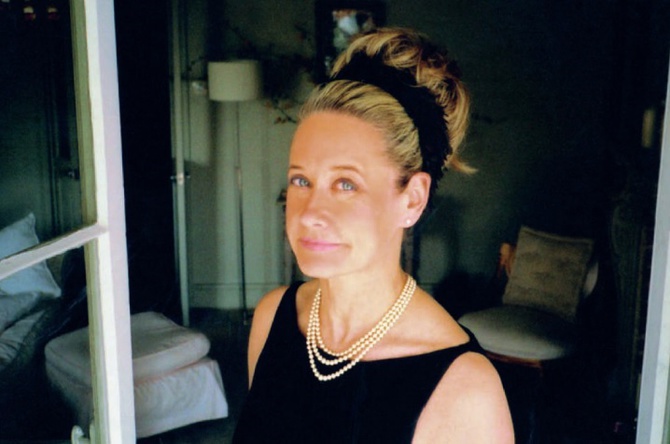 Alexandra Taylor was selected by current D&AD President Laura Jordan-Bambach to become the first woman in advertising to receive the President’s Award. She is widely acknowledged as one of the UK’s most respected and acclaimed art directors, her work includes such advertising classics as Silk Cut, Castlemaine XXXX, Parkinson’s UK and the acclaimed ‘Be the Best’ campaign for the British Army. It has been featured in the D&AD Annual over 200 times. You can read an interview with the great lady in Vol. 3/2005 of the magazine.