Choose the “Great Ads” entry that deserves a full page splash as the house ad in Lürzer’s Archive magazine.

A recreation through fictional dialogue of how some great ads of the past might have been conceived: This is the basic concept behind the campaign by BBDO Moscow for Lürzer’s Archive magazine. It consisted of seven print executions with the tagline “Great Ads. No one knows how. Everyone knows where.”

Part of the campaign also included a competition in which we asked our readers to create their own versions - by imagining what might have gone on behind the scenes that led to the creation of some of the their favourite ads showcased in the magazine over the years.

The competition has now officially ended and from all of the submissions that came in over the past year, I selected the three executions (created with the help of “The Great Ads Tool”, an iOS app) that I believe did the best job of coming up with more motives for the “Great Ads” campaign.

It is from these three that I want to ask you to vote for the one you think is the best. Just go to our Facebook group and “Like” your favourite among them. The one with the highest number of “Likes” will be published as a “house ad” in Vol. 5/2013 of Archive. 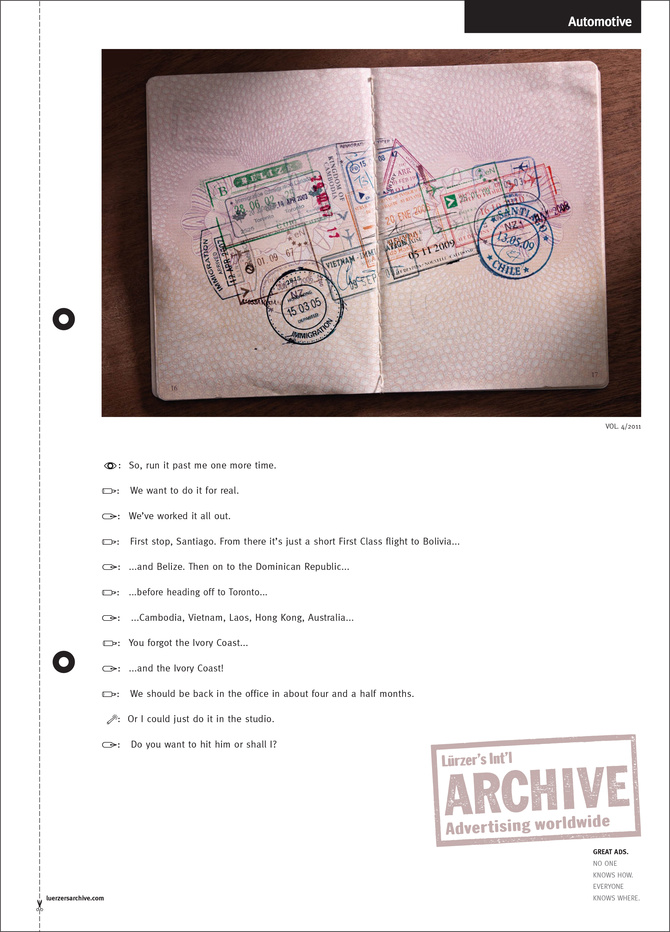 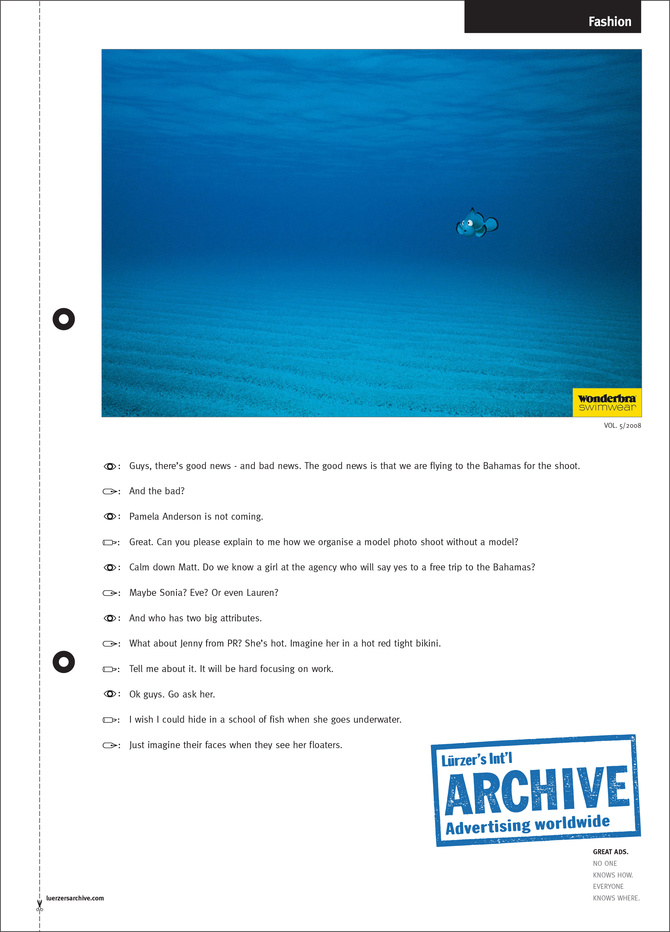 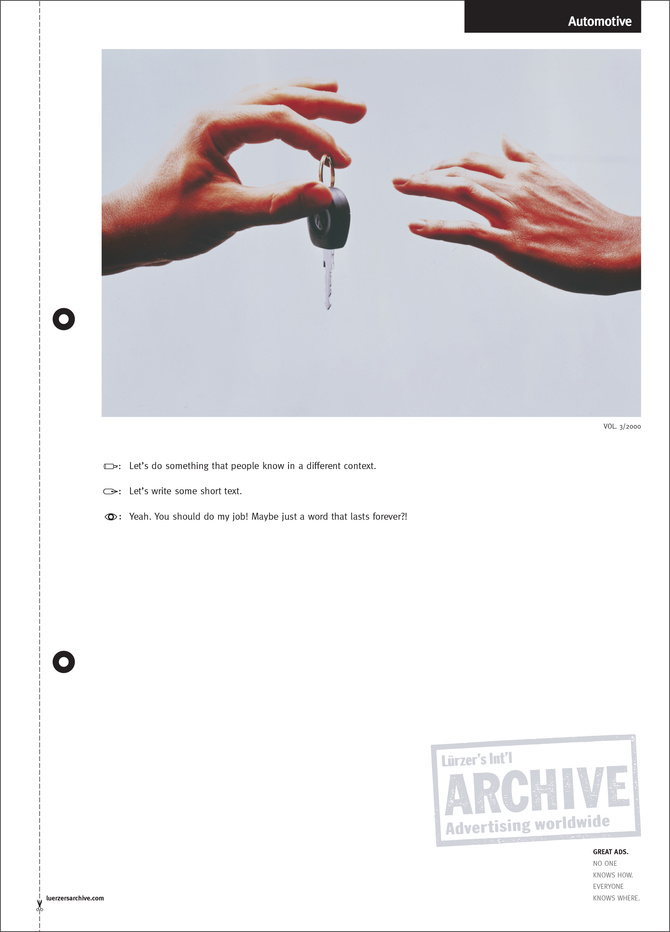 As Luis Tauffer, Creative Director of BBDO Moscow and mastermind behind the campaign, has told me, all three will be officially included in the campaign which, including the “user-generated” ones, now consists of a total of ten ads.

Contender number one imagines the dialogue that could have gone on between art director and copywriter of a Land Rover ad by RKCR/Y&R London (copywriter Phil Forster) and featured in Vol. 4/2011.  The submission is in fact from Tim Brookes the art director of the original Land Rover ad and still works as one RKCR/Y&R, London.

The second plays with the scenario behind the creation of a Wonderbra poster by Publicis Conseil, Paris (art director Fréderic Royer, copywriter Olivier Camensuli) featured in Vol. 5/2008 of Archive. It was submitted by three creatives from another Parisian agency, namely ProximityBBDO - Christelle Berté, Alessandro Cerutti and Olivier Victorin.

The final contender for our new house ad is by a guy called Sebastian Hofer who cooked up a conception scenario for a 13-year old Brazilian ad for Volkswagen created by AlmapBBDO (art directors: Valdir Bianchi and Marcello Serpa, copywriters Roberto Pereira and Cassio Zanatta, photographed by Alexandre Catan).

I leave it up to you now to rally behind your favourite among them - the one that should appear on a full page in Archive 5/2013. 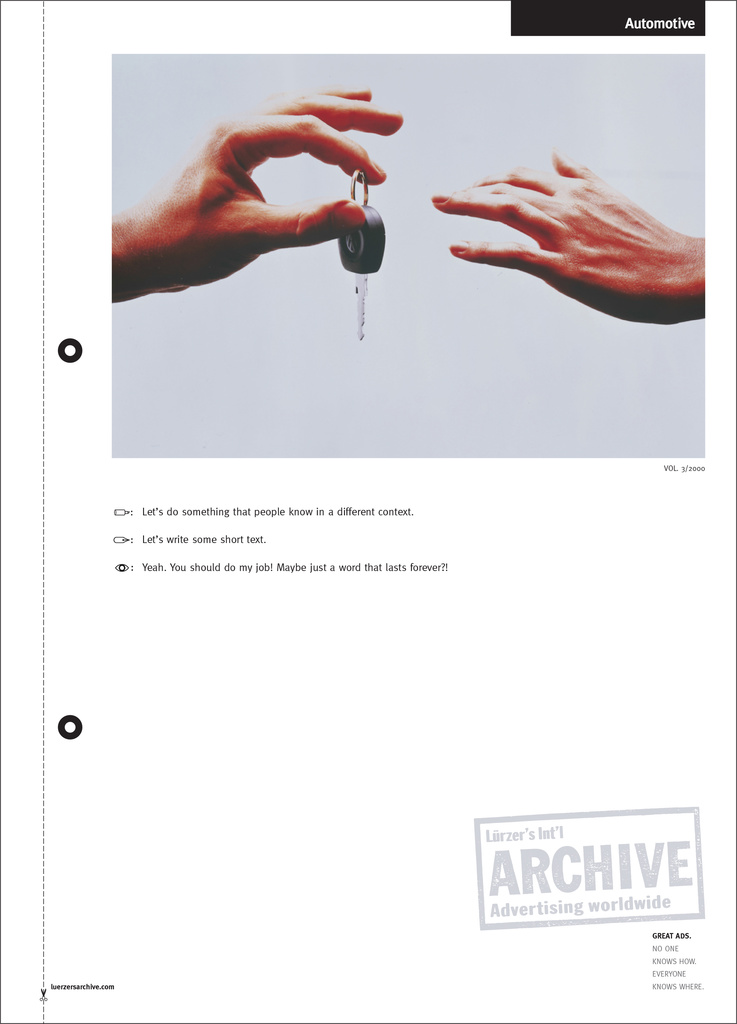 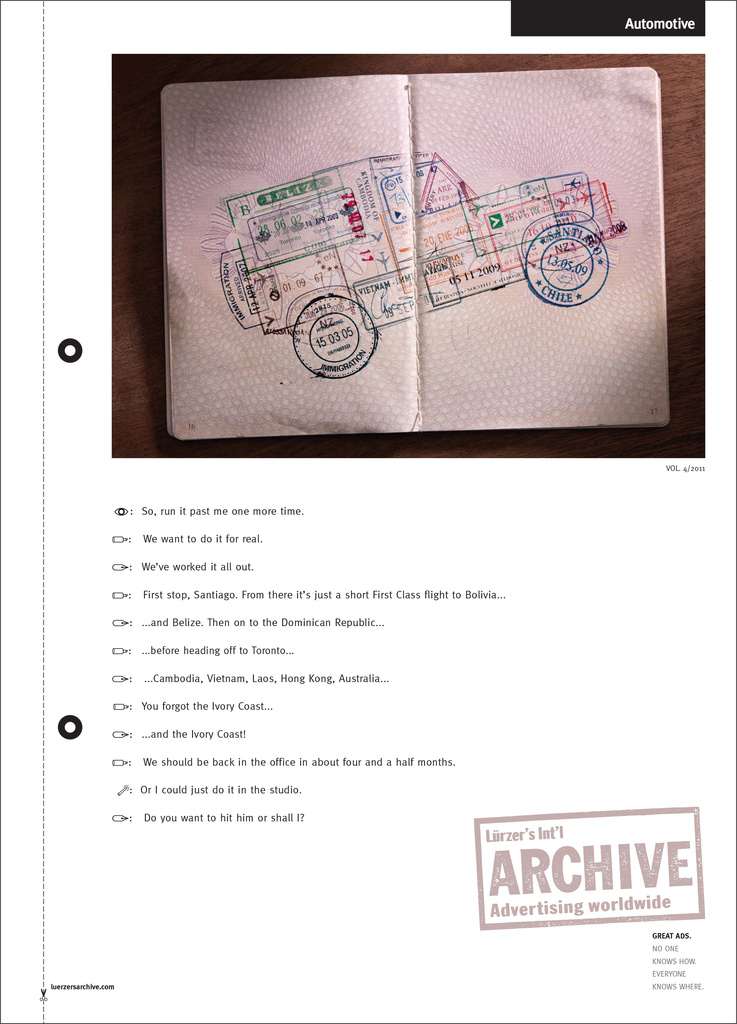 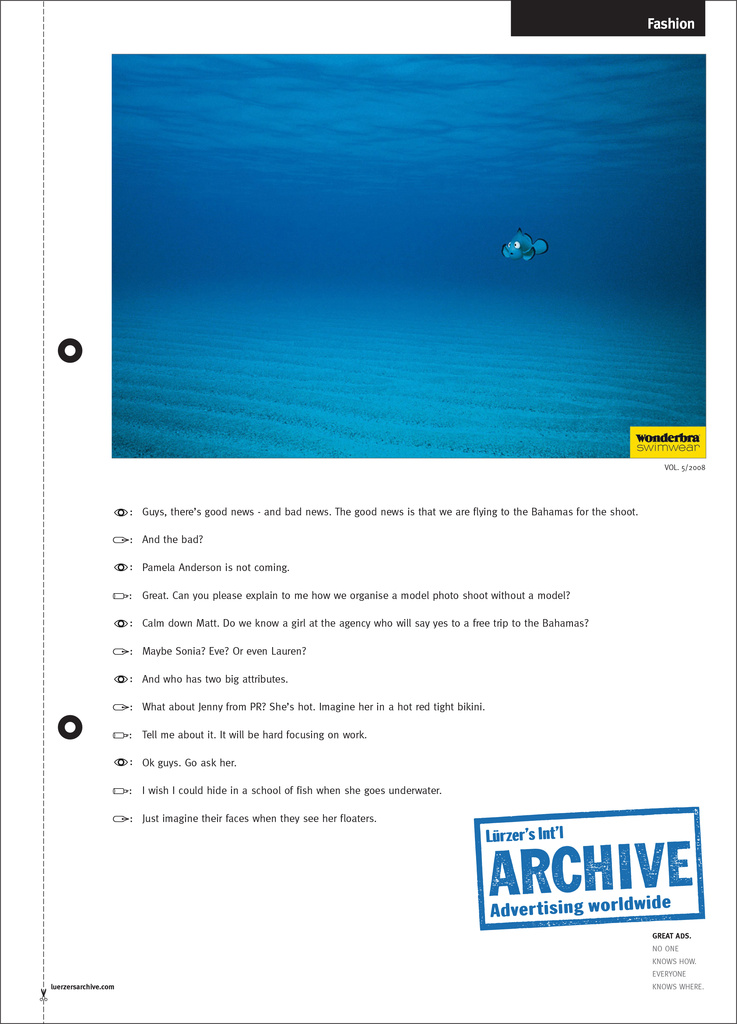