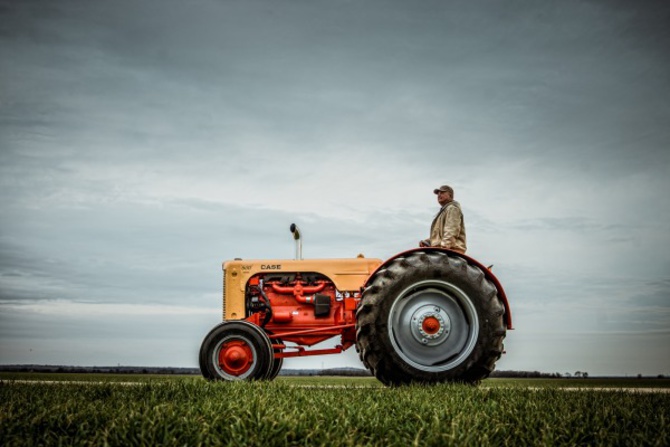 A year ago, when we re-launched our homepage, I wrote my first ever Editor’s Blog about the ads on view at the 2012 Super Bowl. The event, which is so important to the US ad industry, came around again - so it’s time for a final look at what US agencies cooked up to the sound of $4 million paid for each 30-second slot (up by half a million since last year).

How did 2013’s fare differ from last year’s? Back then, I already said that if you’re after innovative, original advertising, the Super Bowl ads should be the last place to look. This was doubly confirmed this year, with really none of the commercials on show exhibiting anything but second-hand ideas, to put it mildly.

It was all paint-by-numbers with an abundance of tried-and-trusted formulas: babies, animals (including baby animals), patriotism as well as celebrities/actors/comedians by the score: Seth Rogen, Paul Rudd, Bob Odenkirk (the wicked lawyer from Breaking Bad) Willem Dafoe, Usher, Amy Poehler, Israeli supermodel Bar Refaeli, Dwayne "The Rock" Johnson, just to name some.

The concept of the one stand-out commercial from last year, Chrysler's “It's Halftime in America” by Wieden + Kennedy, Portland, was repackaged by Chrysler and the respective agencies, not only once, but twice. Both of Chrysler’s offerings, the Ram Trucks “Farmer” and Jeep spots featured prominent voiceovers: Oprah Winfrey saluting US troops and the late, legendary “voice of Middle America”, Paul Harvey, were tributes with a product shot tacked on.

Ram’s spot featured “So God Made a Farmer”, a speech delivered by Harvey back in 1978 to the Future Farmers of America. It was a derivative of a 1975 article written by Harvey in the Gadsten Times.

The ad was in fact an adaptation of a YouTube video by Farmers.com. The only change Texan agency, The Richards Group, made was to the original still photographs of that spot, which were replaced by admittedly more beautiful images from ten noted photographers (including William Albert Allard, known for his documentations of the American Midwest; and Kurt Markus, famous for his depictions of cowboy life) and concluding with a shot of the Ram in rural surroundings.

The main selection criteria for our magazine – as with most ad awards worldwide – are of course: originality of the idea and quality of the execution. Since we draw a blank at originality with this year’s Super Bowl ad offerings, quality of execution became all-important.

On that count it was much easier to find a winner. Certainly not the much-touted comedic spots for Samsung featuring Seth Rogen and Paul Rudd, who were as delightful as they are in Judd Apatow’s films, but just didn’t have a consistently funny enough script to reach quite that same level. One of the best current US comedians, Amy Poehler, fared worse and she did what she could given the somewhat tired jokes in the Best Buy commercial.

I quite enjoyed one of the two spots by web hosting company GoDaddy.com. Until, that is, someone pointed out the sexism inherent in a very well-edited sequence where, husbands of various ethnic backgrounds come up with the great ideas and their wives just roll their eyes for not bothering to register them.

The second GoDaddy.com spot that evening apparently caused the most negative comments: people were just grossed out by the spectacle of a fat nerdy kid noisily French-kissing aforementioned Israeli supermodel to (yawn) illustrate the idea of “sexy meets smart.”

There was more – this time entirely gratuitous – smooching going on in the Old Milwaukee beer spot starring Will Ferrell and a middle-aged Asian lady. From what I’ve heard, it didn’t draw a fraction of the complaints Go Daddy’s did, but then it was only shown in Nebraska.

For me the best-made commercial was easily Budweiser's “The Clydesdales Brotherhood” spot, directed by Ridley Scott’s son Jake Scott. Great cinematography, casting editing, all aided and abetted by Stevie Nick’s “Landslide” (first featured on Fleetwood Mac’s  eponymous 1975 album), made for the most sentimental and stirring 60-seconds in the Super Bowl ad breaks.

Clydesdale horses have long been part of Budweiser’s ad tradition – this was the 23rd time that they have appeared in Budweiser’s Super Bowl ad – but this might be the Clydesdale ad to end them all. I don’t think they will be able to top this one.