Take a look at the Lürzer’s Archive international medal table and what to expect in the latest issue. 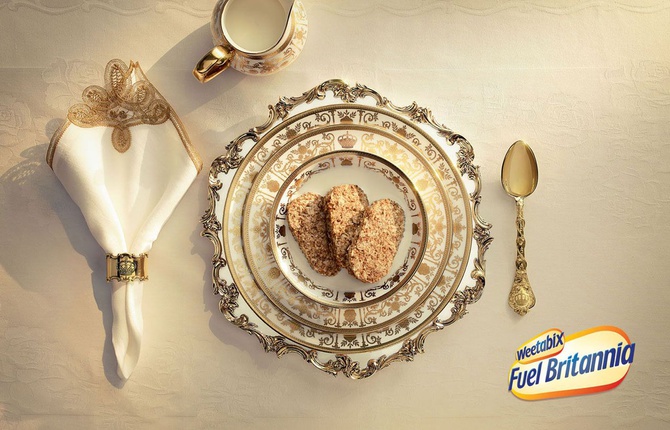 The Olympics pretty much came and went without me noticing much about them. I’m not a sports watcher and this didn’t change in the past weeks. However, when I looked at the countries represented in Vol. 4/2012 of Lürzer’s Archive which on its way to subscribers as well as available at specialised booksellers (e.g. Barnes & Nobles in USA), I was reminded of them and how the individual countries fared.

I thought I’d give you a ranking based on the number of campaigns featured per country in the print and TV section of our latest issue, as well as the 14 pieces of work selected for the Digital section by Will McGinness, ECD at Venables & Partners, San Francisco. He, as always with our judge of digital work, also features in an interview where to talk, among other things, about his selection criteria.

First: With 36 campaigns in all (16 print, 17 films and three digital works), the UK is way ahead of all the other countries.

Second: Quite a surprise to me actually, but it goes to France, with a total of 21 campaigns. They are represented by five print campaigns, 15 films, and one work in Digital by BETC Euro RSCG Paris, which involves a digital fridge magnet offered by Evian water - a Wi-Fi equipped system that allows customers to order a fresh ration of Evian mineral water just as soon as supplies begin to run low.

Third: Not so surprising, there is Brazil with a total of 20 campaigns featured, 16 of which are print, something for more than 20 years the country’s advertising has been famous for, and four commercials.

Fourth: The USA with three print campaigns (which is very little considering the size of the country), five commercials and five pieces of digital.

Argentina, Italy and Singapore can be seen with four works, and China is present too, with a print ad and two films as are Canada, Russia, Thailand, the Emirates, Belgium, Israel, New Zealand and Sweden - albeit with only one or two pieces featured, or even more “exotic” countries when it comes to ad creativity such as Uruguay, Tunisia and Peru.

Are these country scores representative of what we usually find in Archive? Well, yes and no. The UK and Brazil are generally strong while Indian ad creativity is rather underrepresented in Vol. 4/12. France isn’t usually that strong when it comes to creative highlights while e.g. Germany is usually represented with a couple of films at least. Also, normally we are able to feature more ads from Turkey, which has over the past few years become close to being among the top European countries as far as their ad creativity is concerned.

Apart from the examples of outstanding advertising featured in Vol. 4, there is, at the very beginning, also an interview with the famous British ad creative and eccentric Graham Fink, formerly ECD of M&C Saatchi, London, who moved to Ogilvy China a year ago and has already managed, with the help of a talented design student from Hong Kong, to get his hands on a Cannes Grand Prix.

Graham is a world-class creative and has been involved with such classics of the genre as the British Airways “Smile” spot from 1990 and is also responsible for what must be my favourite poster campaign of recent years, the “last place you want to go” campaign for Dixons.co.uk.

He is also known for a certain flamboyance:  I heard that he once ordered someone from his creative department to meet him at a certain nocturnal hour on a footbridge across the Thames and then appeared with a Boa Constrictor wrapped around his neck, handed the flabbergasted guy a handwritten note and was off again, (enveloped by the London fog as I unrealistically like to imagine).

For our interview, which was done by Hermann Vaske (who’s been contributing interviews with famous creatives from the very beginning in the late 1980s), he was apparently more subdued, played down the eccentricities and talks about what it’s like to work and live in China. (The poor guy is not that keen on Chinese food it transpires.)

Okay, those last gossipy paragraphs were more fun for me to write than the bloody Olympic-themed statistics but I hope the international range they convey will tempt you to have a closer look at our new issue. If you are not a subscriber you can buy it at the newsagents (check for your nearest distributor), however, you might want to ask for a brown paper bag as it has, as you know, the by now infamous “Piss Lady” from the Harvey Nichols campaign by DDB London on its cover.