What creatives around the world thought of the Cannes Lions winners

“Seems that the case study format has given the agencies the chance to sneak in new interpretations of the ads that will help them to win a prize, even if the actual consumers didn’t get it in that way.” – Michael Weinzettl asks creatives around the world for their take on this year’s Cannes Lions winners. 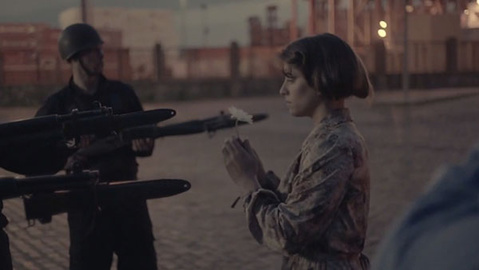 This week, I had a look at the winners of the Film category at Cannes and am proud to say that of the 12 top winners (Grand Prix and Gold Lions) we were able to feature almost all of them in previous issues of Lürzer’s Archive magazine. The exceptions were the very beautiful one-off ad (on the occasion of Pride) for Magnum/Unilever “Proudly Seeking Pleasure” by Lola, Lowe & Partners Madrid, and TBWA\Chiat\Day’s “Made in NY” for Gatorade.

For this Editor's Blog decided to ask a few creatives from around the world – whose work gets frequently featured in our magazine – for their take on this year’s Cannes winners:

“‘Goodvertising’ seemed to pick up a lot across all categories, which is to be celebrated. From small charities to major corporations championing social causes. Volvo’s LifePaint is undoubtedly an incredible innovation with awesome real-life potential. But Geico, John Lewis and Apple were all big winners with wonderful, big, ‘proper’ advertising in Outdoor and Film. The awesome power of creativity, executed big or small, was plain to see."

Antonio Bechtle of the Milk agency in Vilnius, Lithuania

“I have an issue with the Outdoor Grand Prix, and it’s one I have had for a few years, ever since the presence of the case studies grew exponentially in the festivals: is the prize given to the actual piece or is given to the case study?

“I like the idea a lot, but only after I see the case study telling me that it’s ‘the largest mobile photography gallery in history’. But if I’m not in the advertising industry and I’m just driving around my hometown, and I see maybe three or four of those panels while going to work, I will just see a panel with a nice photo taken with the iPhone 6. Seems that the case study format has given the agencies the chance to sneak in new interpretations of the ads that will help them to win a prize, even if the actual consumers didn’t get it in that way.

In Press I really liked the Smart campaign: very clear, effective and relevant for the target – in my opinion, better than the Grand Prix. When it comes to Film, I love the Leica Gallery Sao Paulo ad. I think it really deserved the Grand Prix. Very connected with the target, and beautifully executed. Another one of my favourites is “Proudly seeking pleasure”, for Magnum. Great execution and very contemporary.

Finally, #LikeaGirl deserved the Grand Prix for Viral Film more than the Geico campaign. Geico’s ads are very clever, but only for us, advertisers. I don’t see any value of the brand communicated, or any relevance for the consumer. Just an inside joke between ad colleagues.”

Renata’s reply was perhaps the most diplomatic one: “Every year after reviewing all the work from Cannes, and looking at the juries' decisions, I always ask myself what criteria were used to evaluate creativity.

“It is fundamentally important to understand the subtleties and nuances of creativity since there are so many shades of it. And even though there were more categories this year, and so many different brilliant ideas, there is also a common denominator among the winners: simplicity.

"The work is not just about being different, authentic, or surprisingly brave. Above all, it is about being simple – incredibly and immensely simple. And simplicity is a very sophisticated goal that requires a lot of hard work to achieve in the creative process. And it is clear that it is worth it in the end, because simplicity always wins.”

“The first thing I do when reviewing Cannes results, is ignore whatever Adweek might be hyping (28 Best Campaigns in the World 2015!!!) and also the mocking remarks from ‘couch-CDs’ on Ads of the World. The second thing I do is start from Bronze and Silver winners. For me, that’s where true treasure lies.

“If you’re an Archive adept like me, the Cannes winning list of over 300 spots for Film and Film Craft, and hundreds of Press and Outdoor will hold little surprise for you. From Ikea to Canal + to GrubHub, even the Money Supermarket spot with the repurposed Pussycat Dolls hit: ‘Don't Cha’ has been featured in previous volumes of Archive and reviewed extensively at Noah's Ark. (I get more kick from the 70 spots I review in the Archive bimonthly than I actually did the Cannes winners this year.)

“For many of this year's winners, the motto seems to have been: If it’s not broken why fix it? Right? Wrong! If it’s not broken but we’ve seen it before, chances are we don't want to see it again. So fix it. Old Spice, Dove and Southern Comfort all fall in this category. They came off as trying too hard, eventually turning their trope to a cliché. Mumbai Mirror tried coming back with ‘I am Mumbai’ but it didn't quite hit the mark this time. Expedia, Lurpak and Du Tuesday however found a slightly incremental space for their motif; let’s just pray they don't come back with it again next year.

“Surprisingly good this year was a lot of work for insurance companies – spearheaded of course by Geico: an adorable, Coen-brother-esque spot for Amis/Medical Insurance, and a hilarious parody of tech presentations by Central Beheer Insurance. Another is Lola Madrid’s anagram-based concept for Scrabble that won both in film and print.

“The Press Grand Prix was quite an improvement on last year’s. Personally, not everyone can attain (or afford) that glossy illustrative standard of Surachai or Carioca, so seeing a quirky, loosely drawn art winning was quite pleasing. The Outdoor Grand Prix, on the other hand, was a serious let-down for me."

And finally, seasoned UK creative Dave Dye, whose opinion I value enormously (do check out his fantastic blog "Stuff from the Loft" at www.davedye.com), weighed in with: “This year’s Grand Prix selection is very weird; it feels like it was created to answer real client briefs and had real money put behind it. Maybe it's a passing trend? I particularly love the Leica film, it does that rare thing of making me want to be in their gang.'