WHICH CAMPAIGNS HAVE BEEN A HIT - OR MISS?

Editor Michael Weinzettl takes a look back over nearly three decades of Lürzer’s Archive to highlight the covers which helped the magazine fly off the newsstands - and the ones which he files under "What were we thinking!"

I’ve just seen an interesting statistic regarding the sale of Lürzer’s Archive over the past year from newsstands and specialised bookshops as relating to the cover. Of our six issues in 2012, which one do you think sold considerably less than the others?

It was Vol. 5-12, where the cover was taken from a campaign for a Brazilian radio station 91 Rock by JWT, Sao Paulo, and depicted the drowning death of Brian Jones in 1969 and the birth of Kurt Cobain (represented by that iconic swimming baby from the cover of Nirvana’s 1991 album Nevermind) who was born that same year. 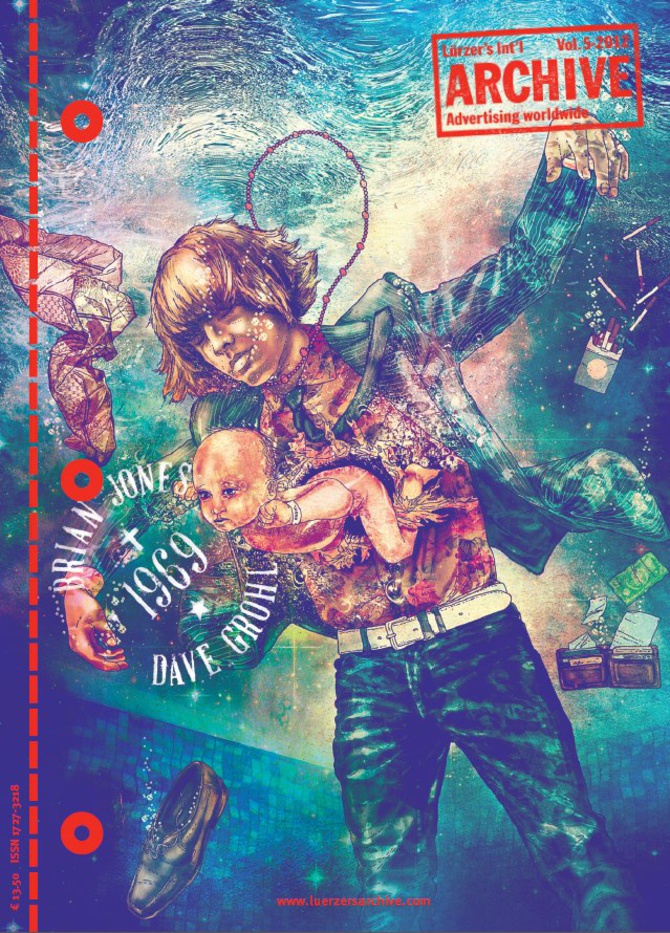 It was beautifully done, the illustrator was Fabian Ciraolo, nothing grisly about it at all. Yet it failed to attract those customers who do not subscribe to the magazine – as do most of our readers - but tend to pick up single copies at newsstands and bookshops as much as the other issues of last year.

This doesn’t necessarily mean it was a bad cover, it just might have been a tad too intricate to draw the immediate attention necessary for newsstand sales.


Some of our subscribers, on the other hand, may have been happier having a copy of that issue on their desks and coffee tables than the “Piss Lady” from Vol. 4-12, which sold a lot more copies in the shops. (It’s quite telling, by the way, that the company doing the survey for us listed the 5-12 cover in their statistical tables as “woman with baby.”)

These statistics made me think of some of the memorable fails in the history of Archive magazine covers, and try to remember what – and what on earth in some cases – Walter Lürzer and I were thinking when opting for a particular image to put on the front of the magazine.

I’ll give you an example from long ago: I think one of our worst covers ever – and one that Walter Lürzer loathed in retrospect – was the one for Vol. 5-1990. 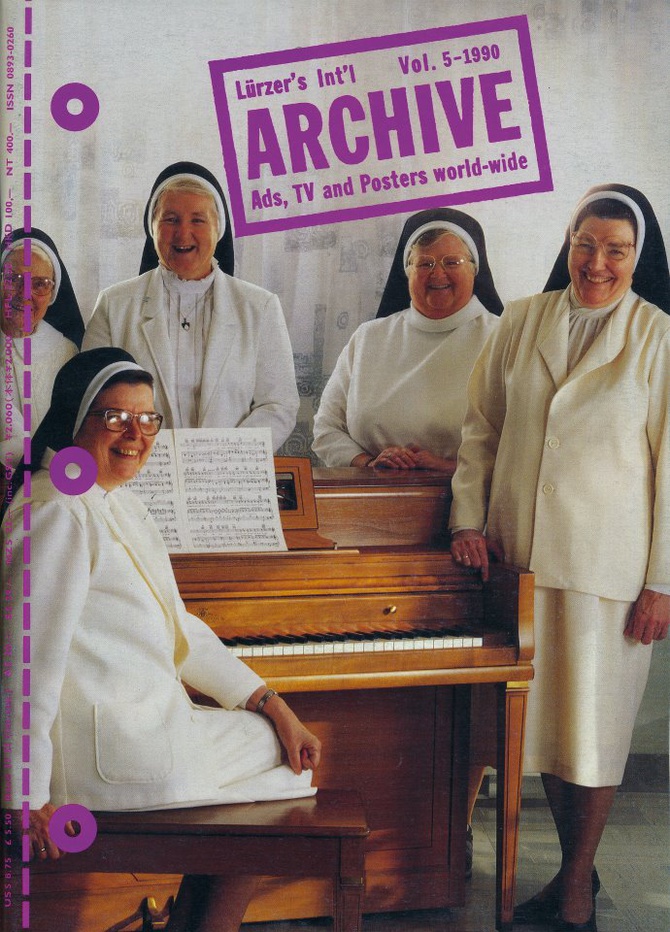 I don’t know what made me suggest the cropped image of five nuns at the piano (from a campaign for PC Magazine by Pagano, Schenck & Kay, Provincetown, headline: “PC Magazine isn´t taken as gospel by all.”)


Possibly it was because I had just discovered (quite late actually) and passionately fallen for the films of Pedro Almodóvar, and his 1983 film Entre Tinieblas (Dark Habits) was one of my favorites.

At any rate, Walter Lürzer agreed to put the nun image on the cover – and bitterly regretted it for years after. The last straw was when we went for a kind of clerical purple for the logo which made this particular issue of Archive look like it came directly from some archdiocese.

(The sheet music on the piano also gives away the fact that we had to mirror the actual image as not to skewer any of the dear old souls with the Archive stamp, which was really quite big at the time.)

The cover choice for another issue from those years, Vol. 2-1993, was more of a success.


So much of a success actually that this issue completely sold out, there is not a copy of the magazine to be found anywhere, not even in our editorial office in Vienna. (It is taken from a whiskey campaign done by Publicis, Singapore, and was photographed by Charles Liddall.).

There are fewer than a handful of copies of the German issue around, which is what you can see in our Facebook timeline. Which is a shame because it really was an especially beautiful cover, the background was printed in gold, something you can’t see when looking at it on the web. 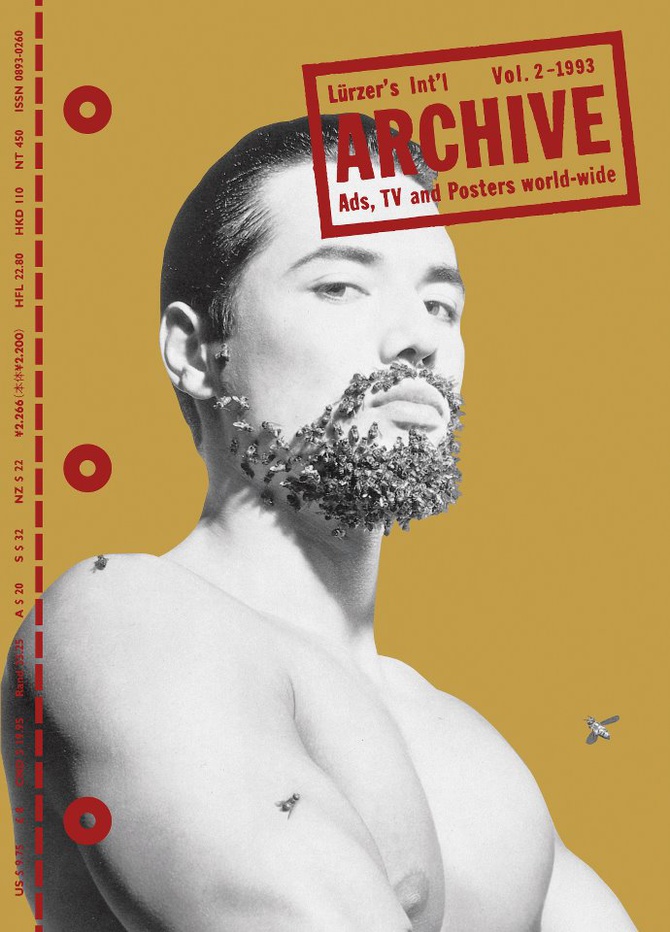 And we got one very unusual letter in response to it. Someone who gave his profession as “bee wrangler” wrote to complain that the image we put on the cover on Vol. 2-1993 sucked. "These bees are obviously dead!" he protested, no doubt also angry about a job opportunity missed. This was a time before digital artistry could have been a useful alternative to sticking dead bees on a guy’s face.

All this leads me to conclude this post by announcing that our first special issue of "200 Best Digital Artists worldwide", a whopping 400-page volume is going to the printers next week. And we think you'll like the cover...